Foldable helmet gets rid of your last excuse for not protecting your poor, delicate skull 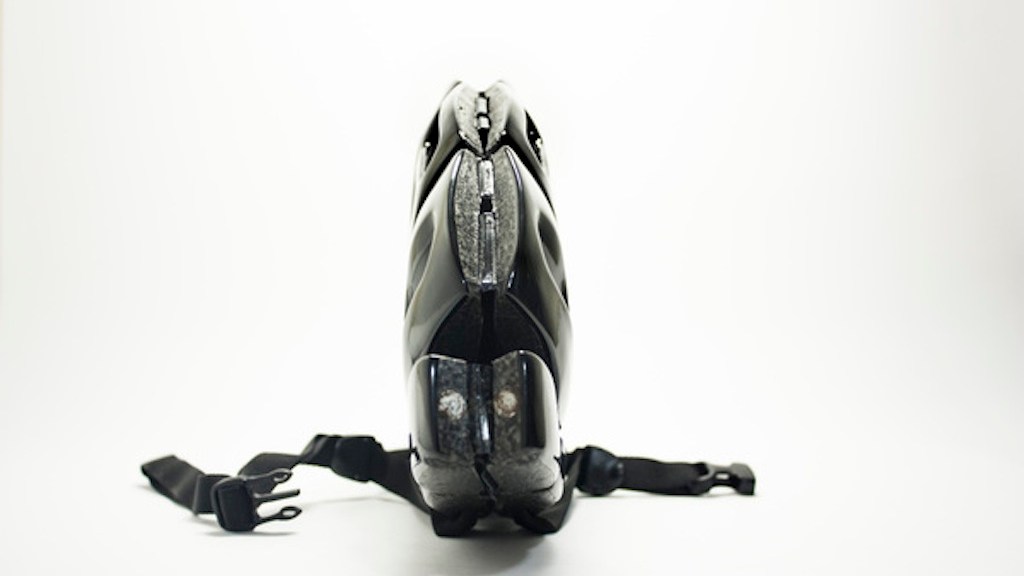 Foldable helmet gets rid of your last excuse for not protecting your poor, delicate skull

No one plans to get a massive head injury when they hop on a bike. And most of the times you bike somewhere, you do arrive safely at your destination without a massive head injury. So it’s easy to rationalize riding without a helmet — especially as bikeshares become more popular and it becomes that much easier to take a spontaneous bike ride. How many people, really, are going to carry around an unwieldy piece of dome-shaped plastic everywhere they go, just in case?

So far, most of the solutions to this problem have been along the lines of reusable helmet dispensaries linked to bikeshare stations. But here’s a simpler one: Make a helmet that’s easier to carry around. That’s British inventor Jeff Woolf’s plan, anyway. His “Morpher” is a helmet that folds flat in half.

And while the helmet’s still not small, per se, it goes from being “an object that needs a bag entirely of its own” to “an object not unlike a slightly large textbook.” And that puts the helmet in the same realm as a folding umbrella — you can bring it with you when you leave the house in the morning, thinking that you might want it later, and not be particularly inconvenienced if you end up not using it. The end game: People might actually wear helmets more often, and lives might be saved.