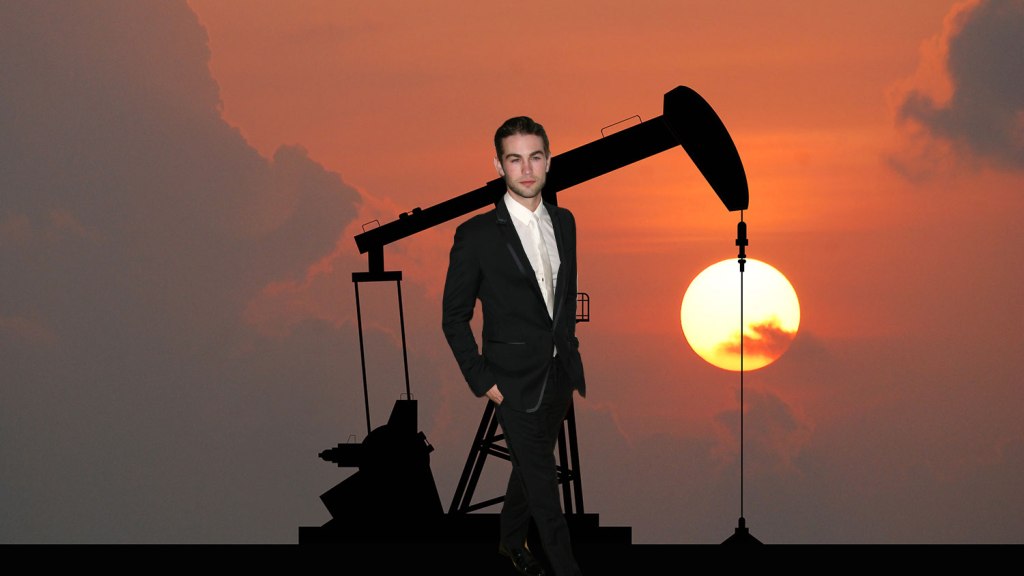 ABC is developing a pilot called Boom about a small town in North Dakota that — you guessed it! — starts to blow up (not literally) during the Bakken shale boom. Chace Crawford, three years off of a six-season (!!) turn as Nate Archibald on The CW’s Gossip Girl, will star as Billy. Who… is Billy?

Handsome and ambitious, with moxie and savvy to burn, Billy is a born hustler who trusts to his luck and his quick wits. After a road accident leaves him and [wife] Kelly stranded on foot, broke and heavily in debt, he gets wind of a big deal, and moves fast to secure an impregnable position for himself — but in so doing, he’s betting his life.

Will Nate Archibald be able to bring his New York media mogul savvy to the plains of North Dakota? Will he succumb to the temptations of the roughneck lifestyle (uppers, strippers) just like his father before him fell to the excesses (more expensive uppers, more expensive strippers) of Wall Street? Do we become the characters we are paid to play? At what point do the borders between life and imagination become fluid? Is Chate Archicrawford still single?

These are all questions we will contemplate during the premiere of Boom, but we do not know when that premiere will be. Sorry.