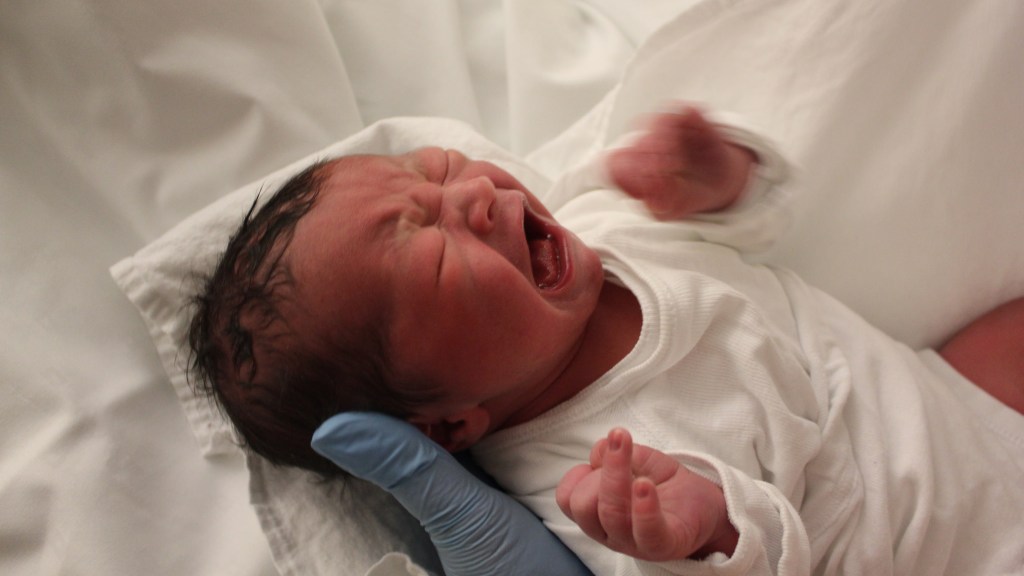 After seeing a study about how early parenting makes people miserable, I turned to the new parents in my life to verify this information. Unfortunately, they were all too busy weeping over dirty diapers and mourning their past lives to respond.

The study, published in the journal Demography, surveyed German parents and found that, for many, the number of children they initially planned on having was larger than the number of children they actually ended up with. The researchers theorized that this is because new parents quickly discover that kids are a huge pain in the ass that ruin your body, your wallet, your spirit, and your vacations, and subsequently change their minds about having more.

About 30 percent [of respondents] remained at about the same state of happiness or better once they had the baby, according to self-reported measures of well-being. The rest said their happiness decreased during the first and second year after the birth.

Just how severe? Divorce results, on average, in a 0.6 unit “happiness drop,” while losing your job or the death of a partner results in a one-unit drop. That’s right: Parenthood is actually worse for your well-being than your partner’s death, which kind of makes sense considering it was that asshole who knocked you up in the first place.

Perhaps if this information gets widely disseminated, people will reconsider having kids. While this may prove to be an issue when we’re old and ugly and there’s no one to change our diapers, voluntary human extinction wouldn’t be the worst thing for the planet — which, at the rate we’re headed, will have to support 11 billion people by the end of the century. Eleven billion. Now that’s a lot of unhappy parents.