How air conditioning is actually making us hotter 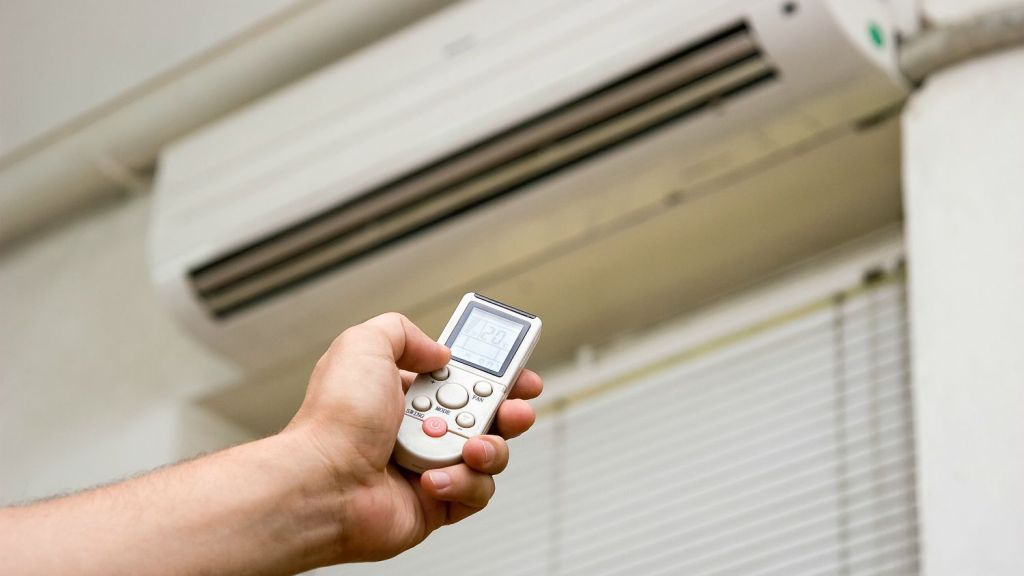 How air conditioning is actually making us hotter

We’re just reaching the hottest part of the summer, but already much ink has been spilled over air conditioning. Recent New York Times articles wondered why the United States is so “over air-conditioned,” with its frigid office buildings and archaic cooling calculations that make work unbearable for many women, not to mention terrible for the environment. Yet in a series of essays for Slate, writer David Engber has argued that the case against AC is overhyped; Americans still spend more energy heating their houses than cooling them.

But elsewhere in the world — in crowded countries where heating isn’t necessary — air conditioning markets are just warming up. In late April, the Indian subsidiary of the Japanese air conditioning manufacturer Daikin Industries announced plans to open its second plant in the subcontinent, double production, and expand its existing stock of 200 showrooms to 350 by the end of 2015. India isn’t the only place where AC is all the rage. As climate change nudges global temperatures upward, incomes are also rising, meaning millions more people can afford to beat the heat. Sales of home and commercial air conditioners have doubled in China over the past five years, with 64 million units sold in 2013 alone.

The advent of AC in those countries will do more than simply make companies like Daikin rich. Here in the U.S., air conditioning has influenced where people settle. Over the past 80 years, hordes of Americans migrated south and west to cities like Miami and Phoenix, where AC made broiling conditions bearable; in turn, the growth of these Sun Belt communities ratcheted up the demand for cooling. These days, almost 90 percent of American households have air conditioning. We spend $11 billion on cooling each year and release roughly 100 million tons of carbon dioxide in the process — the same as 19 million cars.

By contrast, in Mexico, only 13 percent of households have AC. But in a recent study, Lucas Davis, an associate professor at the University of California-Berkeley’s Haas School of Business, predicts that the country’s rising per capita income will mean more than two-thirds of Mexican homes will have it by 2100 — creating annual emissions equivalent to 4.4 million new cars. Across the globe, Davis predicts, demand for cooling will put more strain on electrical grids, causing shortages and price spikes along with more pollution.

In the United States, power companies fire up “peaker plants” to create extra electricity on hot summer days. And these plants are often dirtier than the usual facilities, leading to a vicious cycle: More emissions means more global warming, which means more appetite for cooling. One 2009 study predicted that by 2100, heating and cooling will account for 12 percent of global carbon emissions — but because of climate change, demand for heating will have shrunk by 34 percent, while demand for cooling will have grown by 72 percent. More energy-efficient equipment can mitigate some of that, but experts estimate these gains will be more than offset by the overall increase in air conditioning.

Still, it’s unrealistic — and unfair — to demand that the world’s rising economies forsake a luxury the more affluent have enjoyed for decades. Not to mention that during heatwaves, lack of air conditioning can kill, with the greatest danger among the elderly, poor, and people of color: A 2013 UC-Berkeley study found that in the United States, Hispanics were 21 percent more likely and African Americans 52 percent more likely than their white counterparts to live in heat islands — urban neighborhoods where, because of abundant concrete and few trees, temperatures soar.

So what could help keep us cool without further heating the globe? Better design, for starters: For thousands of years, the world’s tropical and desert areas have used passive cooling systems — simple architectural tweaks that minimize a structure’s exposure to heat. Light-colored houses with reflective roofs were the mainstay of South Florida architecture before centralized cooling came along, and these “cool roofs” are back in style: Guidelines for new construction in California, Florida, and Georgia urge commercial buildings to adopt this feature, which studies show can decrease air conditioning bills by 20 percent on average. Sacramento, Calif., requires that planted foliage shade at least 50 percent of any new parking lot, since surfaces protected by a tree’s canopy transmit less heat. The Japanese cities of Tokyo and Osaka, meanwhile, are testing water-­retentive pavements, which absorb and then evaporate moisture to cool the streets.

Design tricks can help at home too. One easy way to reduce your AC use — and your electric bill — is to make sure your house is well insulated and sealed, as seepage accounts for about 30 percent of your cooling system’s energy consumption. One energy company calculated that if you set your thermostat to 78 degrees instead of 72, you’ll save around $100 a summer. Ceiling fans cost as little as 30 cents a month when used eight hours a day, while swamp coolers — which cool the air by drawing it over water — are far more energy efficient in dry climates than traditional air conditioners. And with these tools, you can keep your neighbors more comfortable, as well. Researchers from Arizona State University revealed in a 2014 study that waste heat from air conditioning increased the outside temperature of some areas of Phoenix by nearly 2 degrees F, leading to — you guessed it — yet more demand for AC. Scientists observed a similar effect in Tokyo. How’s that for a burn?