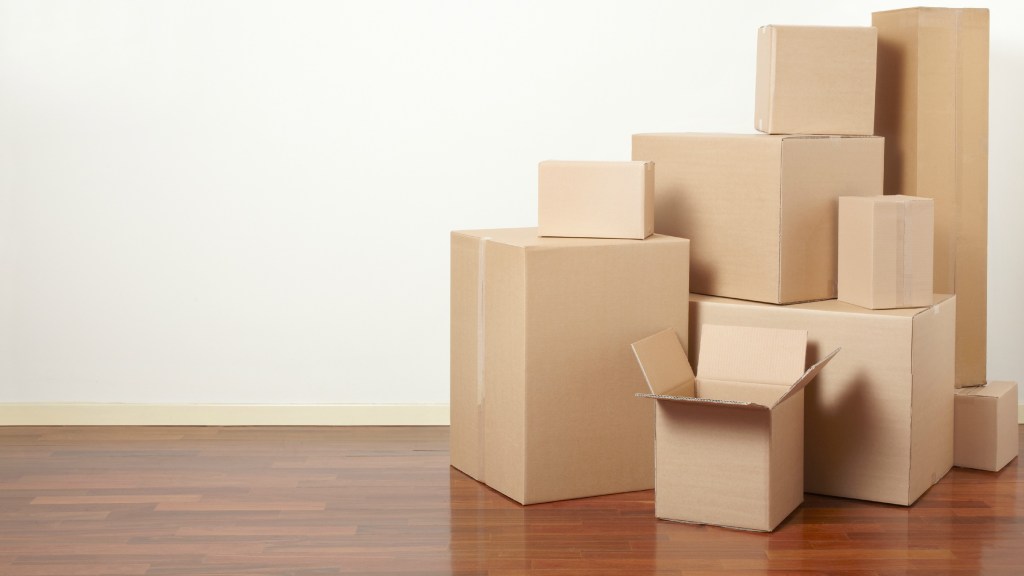 Shutterstock
giving it up

When Grist offered me the job as its new social editor, I was, of course, thrilled. Not only was this an opportunity to work with an organization I admire, it was also a chance to get out of Charlotte, N.C., where I’d been grudgingly living for the previous year. A conservative banking city that inspired the Onion headline “Horrified Man Suddenly Realizes He’s Putting Down Roots In Charlotte,” the Queen City was not a good fit for me. Seattle, where Grist HQ is located, has everything that Charlotte lacks (mountains, water, legal weed) and I was more than ready to get out of North Carolina.

There was, however, one problem: Moving across the country meant moving across the country. Even thinking about it gave me heart palpitations. There was just so much to do: I would have to find a place to live in Seattle and get a subleaser for my apartment in Charlotte and sell my car and find some rain boots and, most regrettably, deal with all of my stuff. Was I worried about missing my family and friends in North Carolina, about not seeing my nephews grow up, about brunch menus minus grits and sweet tea? NOPE. I just didn’t want to move my heavy-ass couch across the country.

According to the internet, moving is right up there with divorce and death on the scale of stressful life events. Since reaching adulthood, I’ve moved a lot, and it seems like just when I finish unpacking one apartment, my lease is up and I have to break out the bubble wrap and start all over again. I was sick of it — sick of borrowing trucks, sick of scavenging boxes from the liquor store, sick of begging friends to help move a washer/dryer up three flights of stairs on a beautiful Saturday afternoon. It’s just too much damn work.

Unfortunately, I couldn’t just abandon all of my worldly possessions and get on a plane. I still had to deal with my stuff. During previous moves, I would at some point give up on my commitment to reducing, reusing, and recycling and start throwing shit away, but since I was moving across the country to work at an environmental media organization, I decided that this time I wouldn’t toss out that vacuum and those linens just because the dumpster was closer than the Goodwill; instead, I would find a new home for everything.

So how to get rid of all the stuff I’d accumulated over the years? Take CDs, for instance. You can’t just sling them at the deer who’ve been treating your garden as a buffet; you have to give them to a dumb teenager and tell him that they’re vintage. I had shelves full of books I’d already read and clothes I never wore and a big couch and a four-post bed and a dining room table and more tote bags than the Park Slope farmers market — and all of it had to go somewhere. Some things would be easy to get rid of. Clothes? Goodwill. Books? Library. Kitchen stuff? Leave it on the curb and pat yourself on the back for giving back to the community. Now there was just a matter of actually doing it.

A couple weeks before I was supposed to leave, I still hadn’t made much progress. Every time I glanced at my to-do list, the monumental amount of work ahead would send me into a tailspin of lethargy. Sure, I could start packing up my kitchen, but wouldn’t watching The Killing and yelping my future lunch options be more productive? If only I could just leave everything in Charlotte, sweep on the way out and drop the key under the mat.

Actually, why couldn’t I just leave? If I could find a subleaser who didn’t own anything and who actually wanted my stuff, I’d really be providing a service. I bet there’s some folks who would love this place, I thought, and called a refugee resettlement organization to ask if they knew anyone in need of an overpriced two bedroom, two bath in Charlotte’s version of an arts district. Sadly, my effort was fruitless — it seems there are channels for this kind of thing and illegally subletting my apartment wasn’t one of them.

Next, I put an ad on Craigslist (“Take Over My Apartment And Everything In It”) and waited for the calls to start. They did start, but mostly people were confused.

So you’re giving away all your stuff?

Got a dresser? I’ll pay for it.

It’s not for sale.

Are you an asylum seeker? No? No.

Craigslist also got me nowhere but eventually, after several disappointing open houses where no one seemed in particularly dire straits, I found the next best thing to refugees (gays!) and a cute young couple whose parents think they are going to Hell agreed to move in. “Happy to help,” I told them while slowly backing away before they could change their minds.

Moving may be as stressful as divorce or death, but in this case, it all worked out. I got rid of everything and flew across the country with just what I could carry and a new pair of rain boots.

And it turns out that even if had kept my stuff, I wouldn’t have anywhere to put it. My Seattle apartment is really, really small — you may be familiar with the layout if you’ve spent any time in prison — and it lacks some of the amenities one expects in a modern home (for instance, a bathroom sink). But if I think of it as a tiny house instead of a studio apartment, it starts to feel a conscious choice to live green instead of the result of Seattle’s insane rental market.

I own almost nothing at this point — I have one mug, one plate, and just enough clothes to get me through the week. But it’s enough to make my 300-square-foot studio feel almost cozy. Yes, it could be better, I think while spitting toothpaste into the kitchen sink, but it could also be so much worse.