Will I poison myself if I reuse this plastic water bottle? 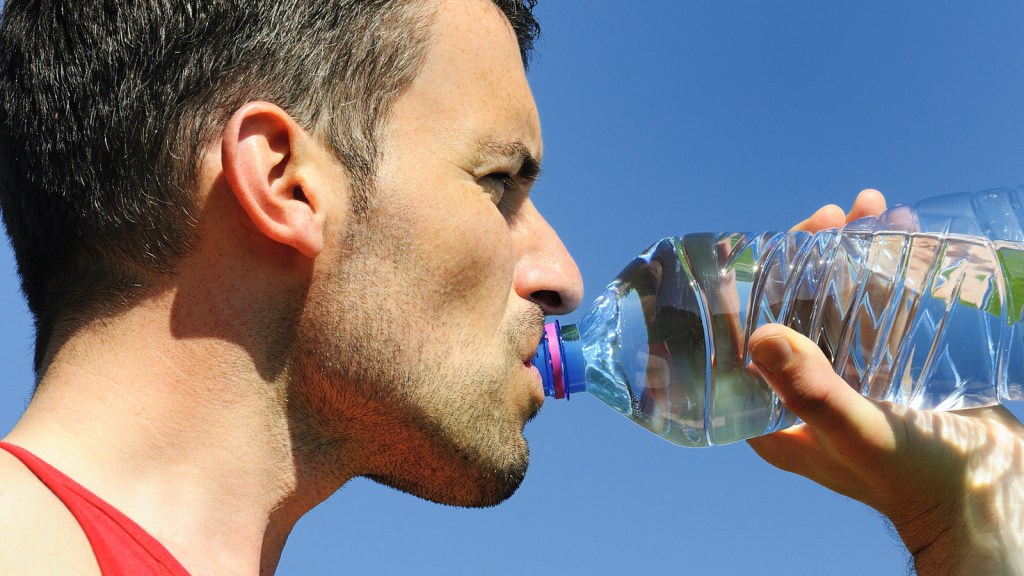 Will I poison myself if I reuse this plastic water bottle?

Q. Is it OK to reuse the bottles that bottled water comes in? Sometimes when I am at a conference the bottled water they have is in a really sturdy bottle, and it seems like such a waste for it to be single use. But is it safe to refill it from the tap? My primary concern is BPA leaching into the water, but what about sanitation?

By now, I think the strikes against disposable plastic water bottles are pretty well-established: They’re made from petroleum, require energy to produce and ship, usually end up in the landfill, might leach chemicals into your drink, and can be used to club fuzzy baby seals (okay, I made that last one up). But equally entrenched are the reasons why they’re still so common: Namely, we all forgot our reusable bottles, and we’re thirsty.

So when we’re left with what looks like a perfectly clean empty bottle, many eco-minded folks think like you do, Rick: Wouldn’t refilling this be better than recycling it and grabbing another? Unfortunately, signs point to no.

You’re most concerned about BPA, so let’s start there. The story we’ve all heard by now concerns BPA in polycarbonate plastics (the ones with the #7 on the bottom), which are sometimes used in disposable plastic bottles. And there’s solid evidence to back this story up. One study found increased BPA levels in the urine of people who drank out of them for just a week. Another found that heating the bottles – as one would by washing them with hot water – accelerated the leaching. Longer-term use tends to lead to small scratches in the plastic as well, which also frees BPA to mingle in your drink.

So are you in the clear if the bottles at your conference sport a #1, for PET plastic (polyethylene terephthalate), instead? Not so fast. A 2010 study found that PET (probably the most common plastic used in throwaway bottles) may also leach endocrine-disrupting substances. It gets worse: Still another study discovered that pretty much every kind of plastic tested leached estrogenic chemicals – including the ones trumpeted as BPA-free.

And even if you didn’t care a whit about BPA, Rick, I’d still point you and your plastic bottle away from the tap. The bottles are moist, enclosed, and getting a lot of full-body contact with your hands and lips: In other words, they’re bacterial breeding grounds. A study of elementary-school kids’ water bottles detected high bug levels in almost two-thirds of samples. The situation gets worse with extended use, as bacteria love to hang out in the same scratches that leach chemicals. You’d need to wash your bottle out with soap (and probably a bottle brush) and air-dry it completely to vanquish the bugs, and we now know what happens when hot water meets plastic.

Will you face dire bodily consequences if you refill your water bottle once over the course of the day? I’m no doctor, but probably not. You will, however, be consuming a throwaway (recycle-away?) plastic when you could have sipped from a neverending fount of pure refreshment: a reusable bottle made from stainless steel or glass. Following the BYOB (bring your own bottle) philosophy also means you don’t have to worry about estrogenic anything sneaking into your water, which makes the practice pretty darn hard to beat.

All you have to do is remember to pack it: Store it in your briefcase, set a reminder on your phone, clip it to your pants – whatever it takes to get in the habit. And if you find yourself at another conference sans bottle? You can always get up and go for the fountain. Your legs could probably use a stretch anyway.

Of course, it would be even better if everyone at your conference did the same (I presume you’re not in the bottled-water business, Rick?). In a perfect world, organizers would plan for plastic-free events by providing glassware, selling reusable bottles on-site, or even soliciting a slew of donated bottles to pass out. You might want to put a bug in the ears of your next conference gurus on this subject. You’d be saving boatloads of plastic, and perhaps preventing a few intestinal infections along the way, too.