One of the most infuriating things a man can say to a woman — mostly because it is, in fact, really, really irritating and a total cliché — is “make me a sandwich.” I had a former boyfriend make such a request while I was working at the campus coffee shop and it was, in fact, my prescribed job to make him a sandwich, and that makes the short list of my most enraged moments. (He was doing it just to be a dick.)

But let’s step back a moment from all of the implications of female servitude and designated placement in the kitchen, and consider another truly infuriating element of that demand: What is a sandwich? Do a hot dog and a taco fall under that definition? Where does a burrito or a calzone fit in? Could one argue — as one anarchic Grist editor dared suggest — that spaghetti with sauce is, in fact, a sandwich? (No. You cannot.)

This question — one for the ages, surely — was the subject of an embarrassingly long, impassioned, and wholly inconclusive debate here at Grist dot org. The chasers for this week will be some of the wildest sandwiches we’ve heard of — by any definition.

SHOT: The global outbreak of the Zika virus has prompted some governments to advise its citizens not to get pregnant for the next two years — without, of course, improving access to birth control or abortion or anything like that. El Salvador, one of the countries that’s made such a recommendation, has infamously stringent reproductive laws that criminalize even miscarriage.

CHASER: Did you know that a “toast sandwich” is a thing? A Victorian thing, because of course it is, but a thing nonetheless. Anyway, you don’t need to know anything more about it other than this: 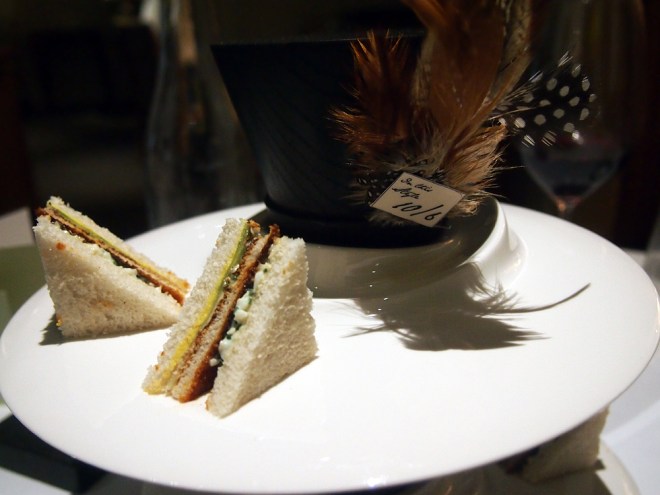 SHOT: Remember the Texas grand jury that was supposed to investigate any wrongdoings on Planned Parenthood’s behalf? It found no evidence of fetal tissue sales, and instead indicted David Daleiden, director of the Center for Medical Progress and one of his employees. They’re charged with tampering with governmental record and, in a wonderful twist of irony, purchasing human organs.

SHOT: By national standards, Washington state has some impressively progressive reproductive laws. But Republicans in the Washington House of Representatives would like to change that, having introduced a bill that would eliminate Medicaid funding for the vast majority of abortions. That bill will die on the Democrat-controlled house floor, but Seattle alt-weekly The Stranger proposes a great alternative to reduce abortion in the state: “[I]f Republicans here in Washington really want to do something about unintended pregnancies, here’s another bill they could turn their attention to instead: House Bill 2465. This bill (and its senate counterpart 6369) would require private insurance companies to cover a year’s worth of birth control at once.”

CHASER: Some people believe that pickles have no place on this Earth, and those people are simply wrong, but no matter. But is the union of peanut butter and pickles — between bread, natch — acceptable? The Paper of Record investigates. 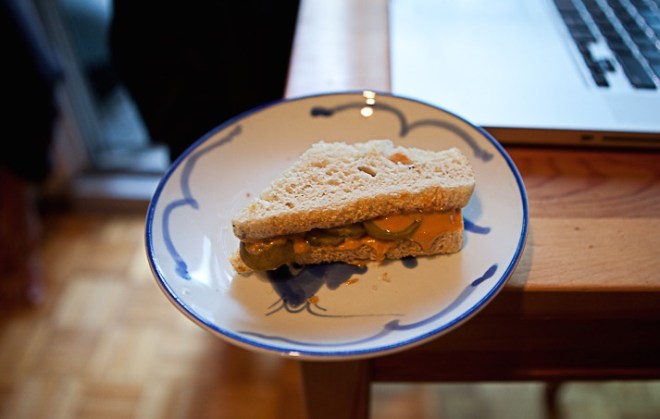 SHOT: An insane tableau from Florida: An anti-choice rando shows up to a committee hearing on the Florida For Life Act, which would make providing abortion services a felony punishable by a 30-year prison sentence. (The language of the bill cites “The Creator” as part of its rationale.) Said rando begins spewing bonkers racist rhetoric in support of the bill, I think? It’s honestly impossible to tell which side he’s supporting. Watch for yourself at RH Reality Check.

CHASER: In celebration of the very terrifying holiday known as Halloween, Japanese Burger Kings created murdered-out hamburgers for some reason. “THEY’RE ALREADY DEAD!” scream a million PETA activists. That’s not what I mean. The burgers are all black — the bun, the cheese, everything. I cannot understand why this happened. I also may be murdered by certain Grist staff members for suggesting that a hamburger is a sandwich. (It is.)

SHOT: Ted Cruz recently announced the formation of the “Pro-Lifers for Cruz” coalition co-chaired by Troy Newman, president of Operation Rescue and advocate for murdering abortion providers, because life matters.

CHASER: Our last sandwich selection is chosen mostly for its name — the Smorgasbird!!!! — but also because it claims to be the largest fried chicken sandwich ever. I have neither the experience nor inclination to contest such a claim. It also has French fries in the sandwich, which in the tradition of my homeland is very proper and correct.

NIGHTCAP: We never really talk about street harassment here in Shots & Chasers, but that doesn’t mean it’s not an important issue in fighting for a gender-equitable world. Anyway, here’s a video from AJ+ on some extremely fierce women in Mexico who are combating catcallers by shooting confetti at them and then screaming a punk song about street harassment.