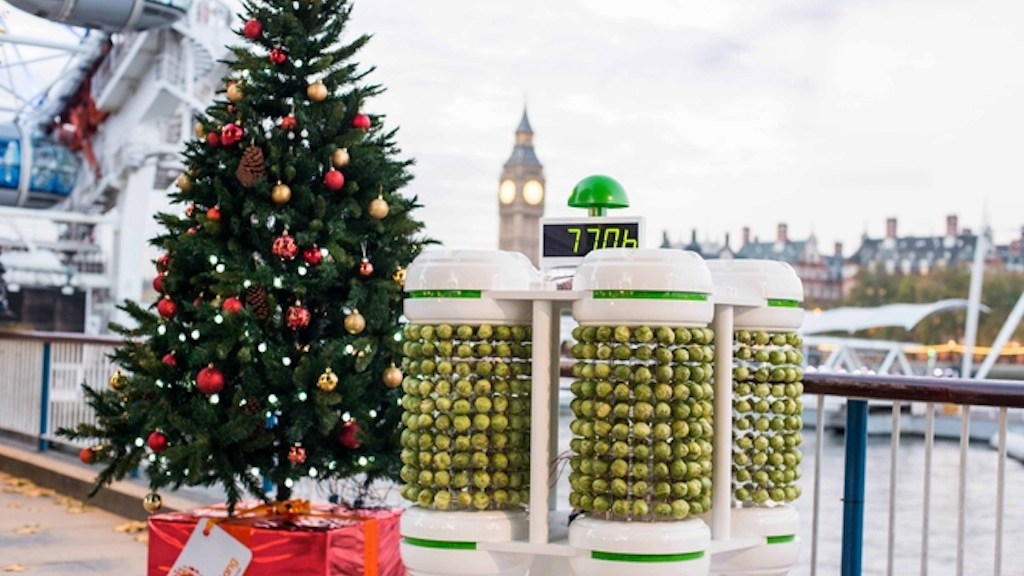 In a bid to undermine parents everywhere who are trying to train their kids that food is for eating, and not for creating “scientific” experiments, a team of U.K. scientists have taken 1,000 underappreciated Brussels sprouts and used them to light up a Christmas tree.

The Brussels sprouts battery is on display at The Big Bang UK Young Scientists & Engineers Fair, and can power 100 LEDs. The science fair explains, in a press release:

The battery was created using five power cells, each holding 200 sprouts, producing 63 volts from the 1,000 Brussels sprouts (this comes into the extra low voltage category – like a telephone – and is safe to touch). Copper and Zinc electrodes are placed in each Brussels sprout to create a chemical reaction between the electrodes, generating a current which can be stored and used to power the LEDs on the tree.

It’s not really clear what generating current does to the Brussels sprouts themselves, but we’re kind of hoping they get reverse-roasted, so that they’re brown and caramelized on the inside and soft and tender on the outside.