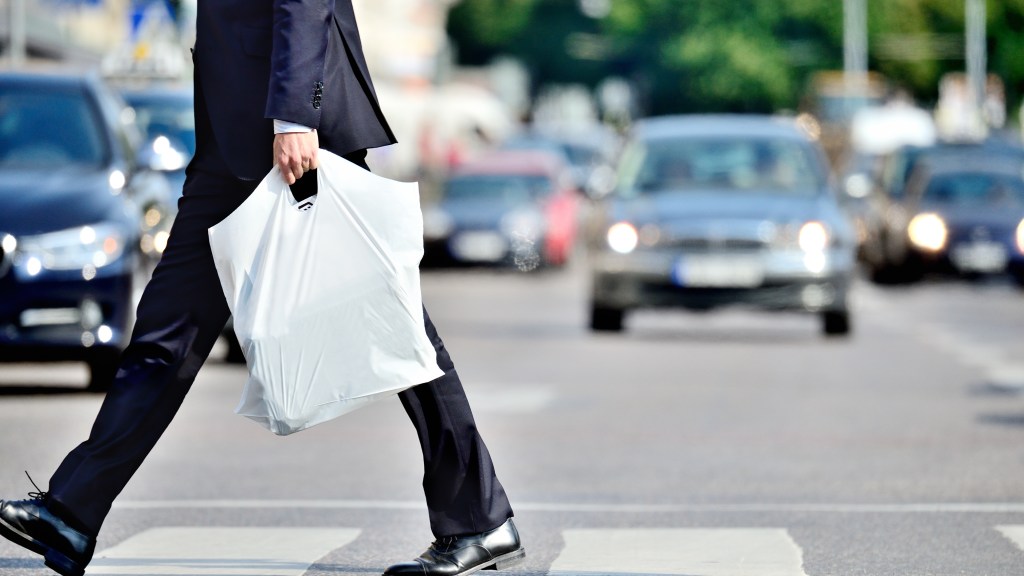 In May, New York City became the largest American city to tackle the plastic bag problem by narrowly passing legislation adding a 5 cent fee to each bag, both paper and plastic.

But, the New York Post reports, that law is hardly a done deal: The Republican-led New York Senate blocked the measure this week by passing legislation that prevents municipalities from imposing their own bag fees.

City Council Speaker Melissa Mark-Viverito quickly responded that she would work around the bill by changing the language for the bag fee and amending it to start next year.

But even city-wide support for the fee is mixed. Some, including Democrats in the state Senate, say it will disproportionately effect low-income and minority shoppers, although those buying groceries with government benefits would be exempt.

Others object to where the money is going — namely, the retailers themselves. “I was in Washington, D.C., when the bag fee happened, and you know what? It was to clean up the river,” Bertha Lewis, a social justice activist who opposes the measure told the New York Times. “These funds are being dedicated to the pockets of the retailers.” Lewis’ group, the Black Institute, collected signatures against the bill, and they were backed by plastic bag lobbying group the American Progressive Bag Alliance.

Plastic bags have long been a source of ire for environmentalists and litter-haters, and it’s easy to see why: As my colleague Ben Adler wrote, “When they’re not piling up in landfills, they’re blocking storm drains, littering streets, getting stuck in trees, and contaminating oceans, where fish, seabirds, and other marine animals eat them or get tangled up in them.”

There’s still the question of whether paper or reusable bags are really that much better for the environment. Plastic is undeniably bad, but the paper isn’t great either: A 2007 study found that the carbon footprint of paper is actually higher than that of plastic, mostly due to manufacturing and transportation. The same study noted that reusable cotton has problems of its own: A pound of cotton takes over 5,000 gallons of water to produce on average, and cotton isn’t recyclable in most places.

Clearly, the bag debate is far from over in New York and elsewhere. But we can be sure about one thing: While the environmental cost of any bag is high, it’s nothing compared to what you put in it.