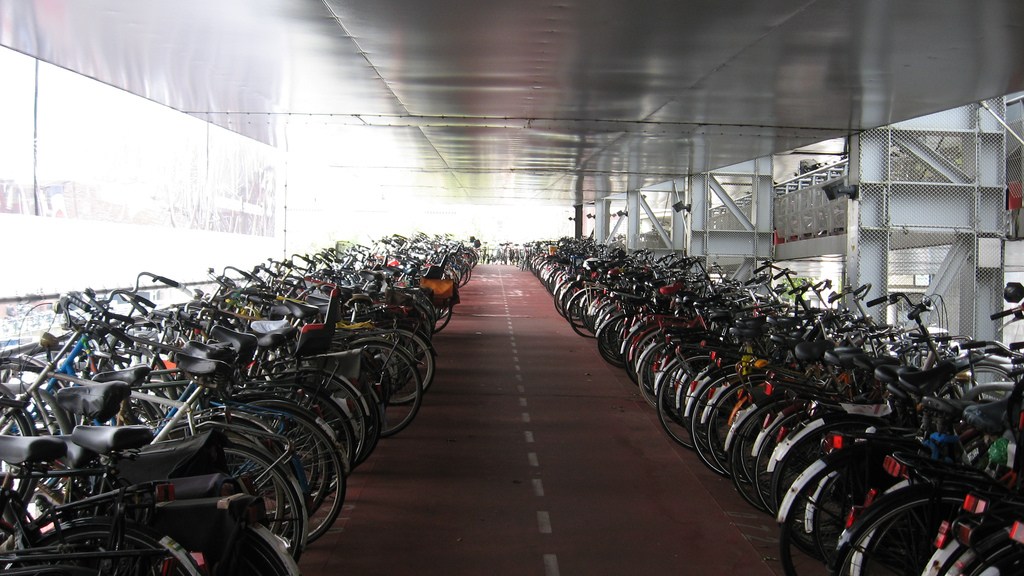 Via the Atlantic Cities, we see that there’s a new development in Portland that’s going to be 657 apartments and a whopping 1,200 places for residents to park their bikes.

That’s one bike parking spot for every unit, plus 547 more.

Bike Portland says that, as far as they can tell, this is the largest concentration of bike parking, well, anywhere:

Reached over the last few days, bike experts in Canada, Mexico and across the United States said they didn’t know of any single project on the continent with more bike parking; Mexico’s largest facility, at a train station, holds 800. In Los Angeles, where two skyscraper projectswill get more than 700 bike parking spaces, some developers have been predicting that LA’s new minimum bike parking requirement is a waste.

The actual lots will be split between four buildings. The 547 “extra” spots will be in one building’s basement, two buildings will have street-accessible lots on the first floor, and the fourth will have parking on residential floors. But this isn’t a bike utopia, exactly; there are also a wealth of car parking spaces available, particularly because the developer is trying to land a grocery store as a tenant.

This didn’t come about entirely by magic, either. Portland’s cycle-boosting laws helped. The city’s building code requires 1.5 bike spots per unit, so the developer was going to have to put in 990 no matter what. So, really, we’re just talking about 210 extra bikes.

But still. Most places, in most buildings, you’re lucky if there’s a spot at all.