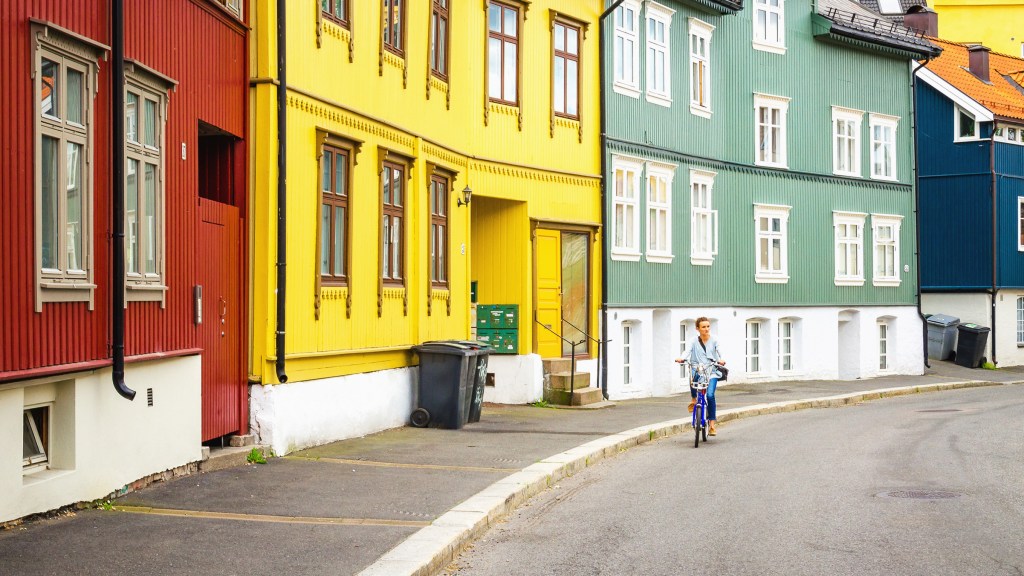 The country announced last week that they will be investing 8 billion Kroner — or nearly $1 billion — in an extensive network of superhighways. For bikes.

The system, as CityLab reports, will include 10 two-lane bike roadways around Norway’s largest cities, designed for both in-city travel and long distance trips. While the new bike infrastructure will surely be good for growing strong lungs and tights buns in Norway, the investment is more about addressing climate change than encouraging exercise: The Norwegian government wants to increase the annual number of bike trips by up to 20 percent by 2030 as part of their plan to reduce the transportation sector’s carbon emissions by half.

There, is however, some resistance: Cycling is less common in Norway than it is in most of Scandinavia, not in small part due to the climate (frigid) and the landscape (mountainous), and some leaders say bikeways are a waste of good Kroner that should be spent rebuilding the nation’s road and rail systems. Besides, much of the country is pitch black and covered in ice for most of the year.

Regardless of the cost, Norway is making moves to invest in infrastructure for the future. The country’s massive fossil fuel industry has been hit by the global downturn in the price of crude oil, leading to a devaluation of their currency and an unbalanced economy. Since oil prices plummeted, fossil fuel employers in Norway have cut 30,000 jobs, and investment in the economy has dropped by a third. Norway, according to economists, must diversify their revenue sources to avoid collapse. And with the investment in biking, they’re diversifying their transit options, too.