Now you can feel guilty about wearing sunscreen at the beach 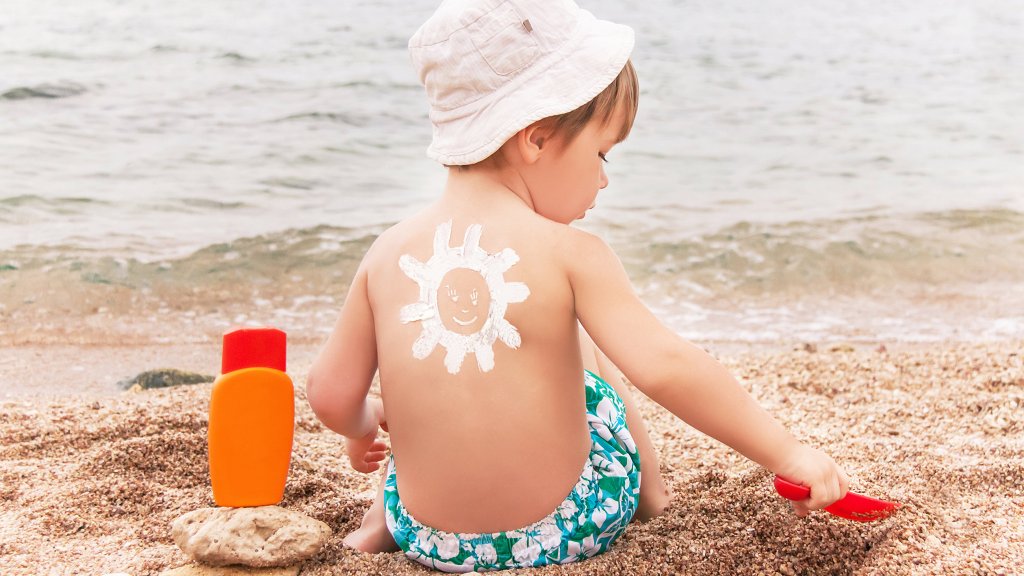 Now you can feel guilty about wearing sunscreen at the beach

A confession: I’m a little afraid of the sun. The UV spectrum and I have had some ugly run-ins in the past: Miss Lisa’s pool, 1996, summer camp soccer fields, 1999, and who could forget the Terrible Sun Rash Incident of 2004? There’s a reason I live in Seattle now, where I only need to apply SPF 15 on especially bright rainy mornings instead of the multiple dunkings of 50+ I’d require in a place like California or — shudder — anywhere in the Southwest.

But I also love to swim in the ocean, which is why a new study in the journal Environmental Science & Technology has me in the throes of a serious moral dilemma: To goop or not to goop?

It turns out that when all that sunscreen washes off of sun-phobic swimmers such as myself, it can cause serious problems for marine life. And when said marine life is already under attack from everything from overfishing to ocean acidification, do we really need to add to those woes?

As David Sánchez-Quiles, one of the study’s lead authors, told Treehugger, “Use of sunscreens has proven the most effective method to prevent a great number of skin diseases.” Right, good. But then Sánchez-Quiles went on: “However, due to its chemical composition, it is far from being environmental-friendly. In fact, previous studies have suggested that it should be labelled as an environmental hazard substance.”

Among the hazardous ingredients are tiny nanoparticles of zinc and titanium oxide, materials that can hang around in seawater long after you’ve crawled out. These particles react with UV rays to form hydrogen peroxide — you know, a common household disinfectant and bleaching substance. It should not surprise you that this is not great for phytoplankton, tiny photosynthesizing microorganisms at the bottom of the food chain. The hydrogen peroxide limits phytoplankton growth, and the shortage ripples all the way up the menu to less-micro organisms ranging from shrimp to fish to whales and dolphins.

The scientists carried out their research on a beach in Majorca (not bad for a “work trip”) along with some 10,000 greased-up beachgoers. They took water samples and extrapolated from tourism data on the Mediterranean, where 200 million tourists travel every year, to determine that all that SPF is the probable cause of a serious spike in hydrogen peroxide levels during the summer. Around the world, sun-wary swimmers slough off between 4,000 and 6,000 metric tons, or 13,227,736 pounds, of the stuff each year. That’s the equivalent of 75,000 average Americans made entirely out of sunscreen (you know, me on an average summer day).

Short of replacing our sunblock regimen with a full-body wetsuit, there are some things the more, uh, vampirically inclined among us can do to assuage some guilt here at the end of the beach season. First of all, it’s always a good idea opt for lotions with a minimum of toxic extras (Umbra has some words on this subject, and this list from the Environmental Working Group is a good place to start). Cream-based sunscreens beat spray-on, since these are less water soluble. You could also try to aim for stuff labeled “non-nano,” which might have fewer titanium oxide nanoparticles than others. Let the sunscreen dry before jumping the waves or, even better, hit the beach before or after the sun is at full strength and — gasp, I know — skip the stuff for short dips.

And in the meantime, science, please find a way that I don’t have to choose between not-killing-myself and not-killing-everything-else.