This past Tuesday was International Women’s Day. A great idea! Why not have a day to celebrate women? If we can’t get 365 days of being treated as equals, let’s start with one day of celebration!

This is called “managing expectations,” and it’s what women do every single day so as not to go utterly bonkers. You only received three comments propositioning you for sex on the bus this week? Wow! Your boyfriend cooked dinner once this week? Praise be! You’re only making 15 percent less than your male colleague who does the exact same job? Holy cannoli! Men have to manage expectations too, of course, but not in the same way or — I would argue — to the same extent.

Which is why we have International Women’s Day to begin with, I suppose. And what did I do to celebrate? Well, I cleaned the kitchen twice (not messes I made, for what it’s worth), waded into the freezing Puget Sound because I am a fool, and paid $48 for treatment of an annoying but commonplace female medical issue at the local urgent care center. Swag!

As a sort of experiment, I asked other women on social media what they did to observe International Women’s Day. The results are a pretty great tapestry of womanhood in the U.S. today, and they’ll be our chasers this week. Enjoy!

SHOT: Seth Stephens-Davidowitz in The New York Times found a correlation between an above-average amount of Google searches for DIY abortion and number of abortion restrictions in a state: “They show a hidden demand for self-induced abortion reminiscent of the era before Roe v. Wade.” Cool!

SHOT: How are politicians — under the guise of “helping women,” as we’ve seen in Whole Woman’s Health v. Hellerstedt — creating terrible standards for women’s health across the country? Cosmopolitan provides a great, interactive overview of threats to abortion and contraception access in America today.

SHOT: A new study finds that high school girls who live near a Planned Parenthood are 16 percent less likely to drop out of school. This is what we mean when we talk about how access to reproductive health care changes women’s lives.

SHOT: An Indiana bill that would ban abortion of fetuses with genetic abnormalities only lacks approval of Republican Gov. Mike Pence, who is a “strong supporter of the right to life.” The bill — which would permit wrongful death lawsuits against doctors who perform such procedures — is so extreme some pro-life Indiana Republicans oppose it. From CBS News: “‘The bill does nothing to save innocent lives. There’s no education, there’s no funding. It’s just penalties,’ said Rep. Sharon Negele, an Attica Republican who last year sponsored an anti-abortion bill that would have imposed tougher restrictions for a Planned Parenthood clinic.”

SHOT: North Carolina residents are now legally entitled to have anti-choice — and incredibly ugly — license plates under the First Amendment. 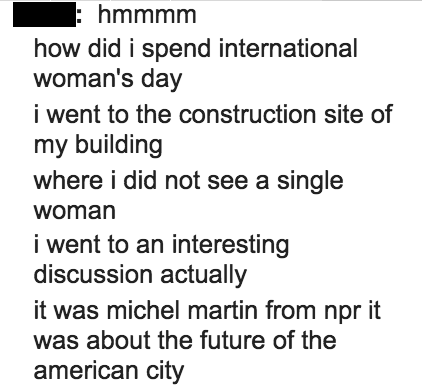 SHOT: In this week’s Democratic candidate debate on FOX News, Bernie Sanders may have actually voiced a slightly more progressive view on abortion than Hillary Clinton, who has gone on record in support of some late-term abortion regulations. From RH Reality Check: “[Host Bret] Baier circled back, pushing Sanders to answer whether he was ‘saying no’ to limits on abortion access ‘after five months’ with exceptions such as life endangerment. ‘I am very strongly pro-choice,’ Sanders said. ‘That is a decision to be made by the woman, her physician, and her family. That’s my view.'”

NIGHTCAP: From our friends across the pond: Could teen pregnancy rates in the U.K. be at a record low because the youth are just Snapchatting pictures of their genitals instead of, you know, using them? It’s a theory!