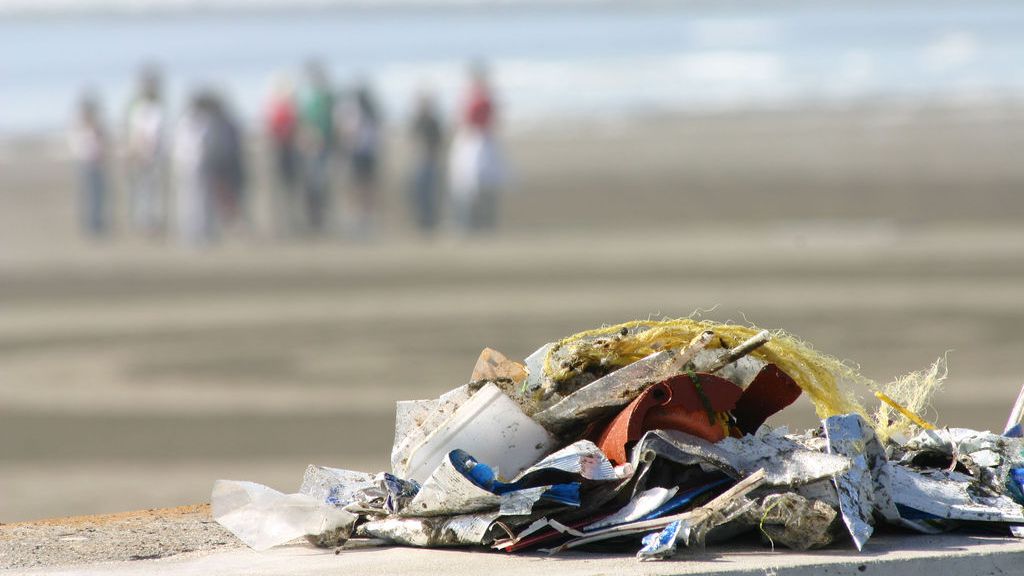 Removing trash cans to prevent litter might seem counterintuitive, but that’s exactly what the National Park Service is doing in a pilot program at San Francisco’s Ocean Beach. Why? Well, it’s worked elsewhere.

The George Washington Memorial Parkway—a road linking historic sites throughout Maryland, Virginia, and D.C.—launched an ambitious trash-free program in April 2013 to reduce the 380 tons of solid waste that visitors generated each year. The trash-free program is based on the “carry in, carry out” motto, meaning that anything visitors bring in to the park has to leave with them. Their goal was to cut the amount by 90 percent by the end of 2015.

The initiative has been successful, says Aaron LaRocca, chief of staff for the George Washington Memorial Parkway. He notes particular success in Great Falls Park, which attracts about 700,000 visitors a year. “They’re there primarily to recreate,” says LaRocca. “They bring picnic equipment, recreation equipment, they kind of just hang out there all day.” That offers a lot of opportunities to generate waste.

The key, he thinks, was a robust outreach and education program, which involved posting placards all over the park and supplying small, one-time use bags for personal litter collection. “Of course, there was a learning curve,” says LaRocca. “But it was all about telling the public why we have the trash-free initiative—not just removing the trash cans and expecting everyone to understand.”

And how’s it working out at Ocean Beach so far? Depends on who you ask.

“The program is already showing signs of failure based on some of the pictures I’ve seen,” surfer Scott Hutter told the San Francisco Chronicle. “I think their intentions were correct. But hoping people will just get it and carry their own trash home is a bad idea. Personally, if I had a bunch of garbage and I was cleaning up from an event, the last thing I would want to do is bring all of the damp trash to my car and throw it in.”

The park service, however, is more optimistic. “If trash really starts to accumulate, we are going to put the trash cans back,” Adrienne Freeman, the public affairs specialist for the Golden Gate National Recreation Area, told the Chronicle. “But we are seeing a cleaner beach. People have started taking personal responsibility for the beach that they use.”