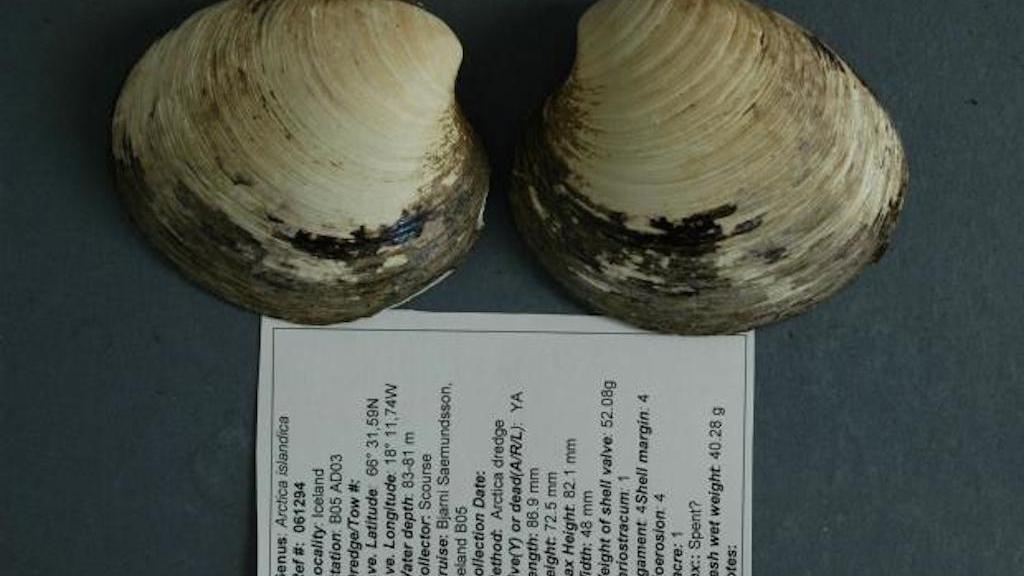 This is Ming the clam. It’s 507 years old — or anyway, it was 507 years old in 2006, when researchers who suspected it might be impressively ancient got kind of carried away trying to figure out just how old it was, and killed it. It’s like an O. Henry story, but with bivalves.

The researchers who discovered Ming had to open it up to check their theory that it was around 405 years old. At the time, they were satisfied that the clam died for science — but now, better dating methods have made clear that their earlier results were published in haste, and in fact Ming was a full 100 years older than previously thought. (Fortunately, its nickname — after the Ming dynasty in China, in power in 1601 when the clam was thought to have been born — is still accurate now that we know it’s been around since 1499. The Ming dynasty stuck around for a really long time, presumably to give future clam-namers some wiggle room.)

Like trees, clams are dated by growth rings, but in a clam as old as Ming, the rings are packed really tightly and hard to count with accuracy. Scientists had opened Ming up so they could count the rings inside the hinge of its shell, usually considered the best place to look — but on re-dating, it turned out that the rings on the outside of the shell were larger and easier to count, and those rings indicated the new, older age. Which of course adds to the irony, since there may have been no need to open the clam to see how old it was.

Ming wasn’t the oldest living thing on earth; that title belongs to a patch of sea grass in the Mediterranean. But until its ironic demise, it might have been the oldest animal. (Some sponges might outstrip it, but do we really think sponges count? I mean LOOK at them.)

At least it died adding a drop to the bucket that is scientific knowledge: Oxygen isotopes in Ming’s growth rings can give scientists a picture of ocean temperature over time, adding to our store of data about climate change. And some think Ming might be holding the secret to longevity, too. We’re guessing it’s “don’t get killed by over-enthusiastic scientists.”