Starfish have eyes on the tips of each arm 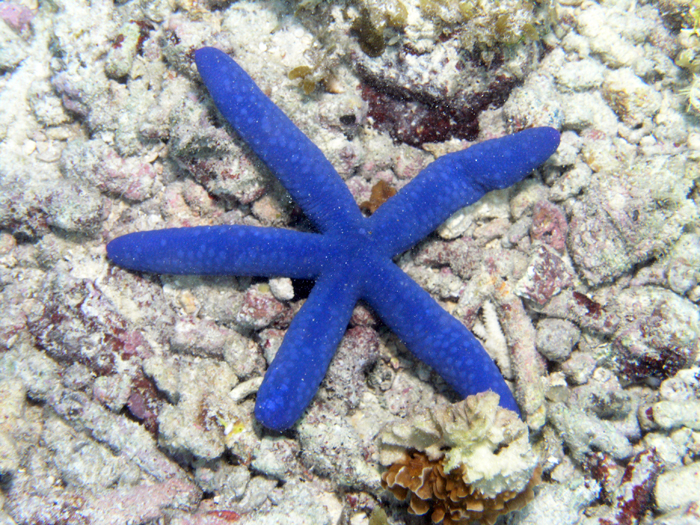 Starfish have eyes on the tips of each arm

Not to creep you out and completely ruin the aquarium forever or anything, but starfish have eyes — teeny tiny half-millimeter eyes — on the tips of their arms! Apparently scientists have known this for a long time, but I did not. What scientists did not know for sure (but have just confirmed) is that starfish actually use these eyes to see. Which means, most likely, they can see in every direction, all at once.

However, its vision is rather poor. It’s colour-blind, and sees the world only in shades of light and dark. Its light-detecting cells work very slowly, so fast-moving objects are invisible to it. And it has poor spatial resolution, so it can’t see fine detail.

Mostly, starfish just want to get to reefs — big, hulking dark reefs in the light ocean. If there’s a reef, in any direction at all, the starfish will see it and head towards it. Otherwise, it’s not using its power of 360 degree sight for much of anything. Besides kind of giving us the wiggins.