Stop trying to get Instagram likes by destroying natural wonders 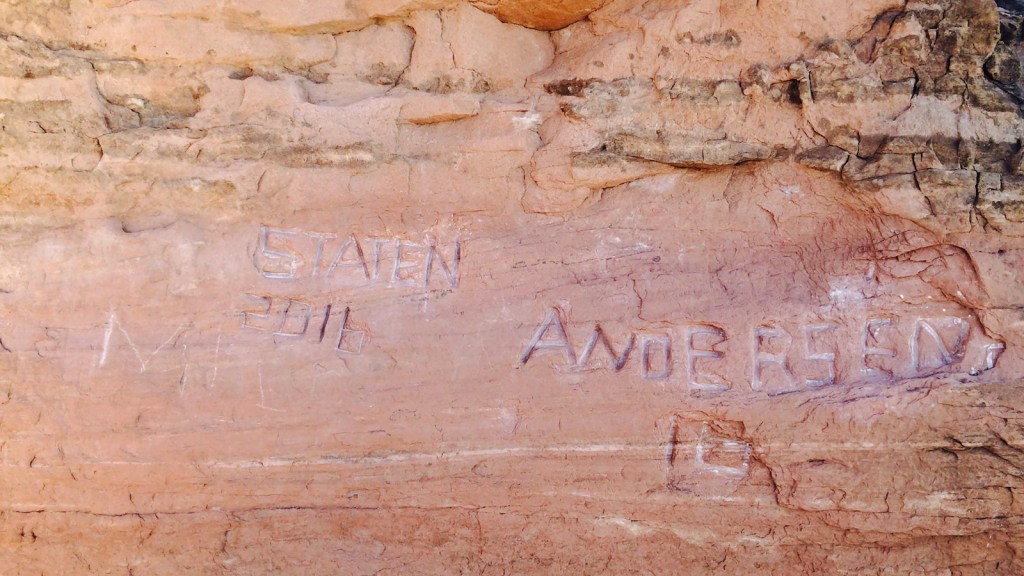 Stop trying to get Instagram likes by destroying natural wonders

This is why we can’t have nice things, people.

The Salt Lake Tribune reports that some assholes have carved their names into the rocks at Arches National Park. Graffiti is — surprise! — illegal in the park, punishable with up to six months in jail and a $5,000 fine. This, however, seems not to have deterred a recent “tidal wave” of vandalism, according to park superintendent Kate Cannon. Cannon suspects the recent surge in graffiti has something to do with social media. Yup: They do it for the likes.

As to who “Andersen 16” is, we’re hunting down some early leads: Ron Andersen, American bridge player, Carl-Albert Andersen, Norwegian pole vaulter, and the ghost of Hans Christian Andersen — because leaving your mark on literature isn’t enough; sometimes you need to leave it on some big rocks, too.