Even with the Supreme Court ruling on abortion clinics, there’s still a big mess in Texas 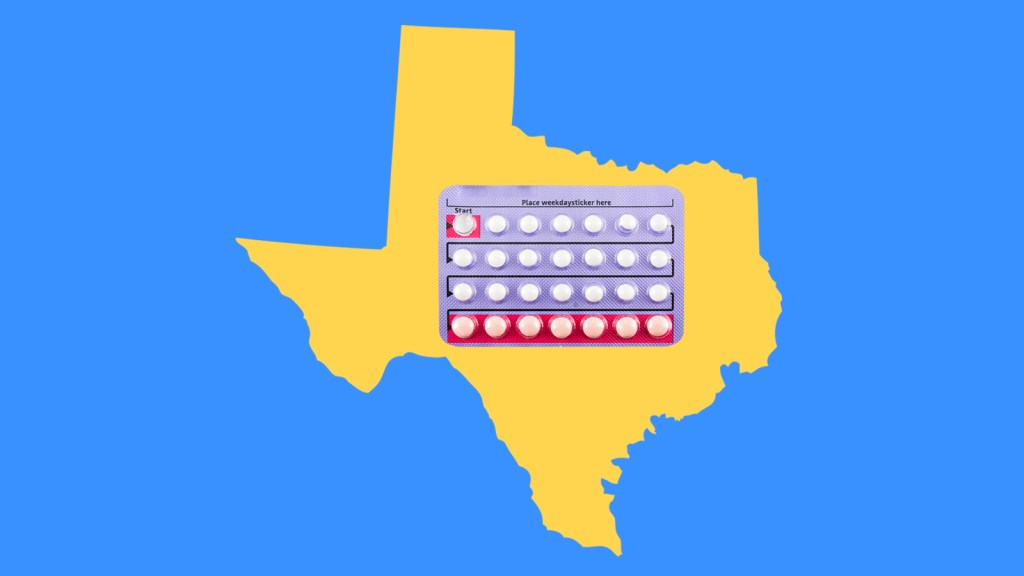 Grist / Shutterstock
Houston, We Have A Problem

Even with the Supreme Court ruling on abortion clinics, there’s still a big mess in Texas

If you visit West Texas — a region defined as anything falling on the left side of a diagonal slice through San Antonio, more or less — you’ll see countless oil fields, endless cattle farms, and vast stretches of land that look, to the untrained eye, like nothing at all. What you won’t see, at least not with any regularity, is a family planning clinic. The region, which spans some 500 miles across, is home to an estimated 325,000 women of reproductive age and a total of 14 family planning clinics. To do a li’l arithmetic, that’s one clinic to serve every 23,214 Texan women.

Texas has a bigger rural population than any other state, at 3.8 million people, according to the most recent census. Twenty-seven counties in the state, according to research from Texas Tech, have one physician or none at all; nine of those are without a single primary care physician, nurse practitioner, or physician assistant.

And over the past five years, the Lone Star State’s laser focus on eliminating abortion providers has made it harder than ever for women to get birth control. Effective birth control being pretty much the best method around to reduce abortion rates, Texas lawmakers’ moves have been baffling at best, and a long con of blatant misogyny at worst. The state has left women high and dry when it comes to reproductive health care, which is not just a major component of sustainability, but a basic human right.

Today, the U. S. Supreme Court issued an historic ruling that will help to mend some of the damage that the state’s anti-choice legislators have wrought — but not nearly all of it, as Planned Parenthood of Greater Texas confirmed in a statement.

What did the HB2 ruling fix — and what did it leave undone?

The Court voted to strike down HB2, a bill passed in 2013 that placed heavy — and absurd — restrictions on clinics that provide abortion and reduced the number of clinics that legally provide abortions in the sprawling state to 18. On Whole Women’s Health v. Hellerstedt, the court ruled 5-3 that the restrictions placed an undue burden on a woman’s ability to obtain an abortion, thus violating Roe v. Wade.

The ruling is a great coup in many ways. On a national level, it reinforces a woman’s constitutional right to a safe and legal abortion and invalidates laws that target abortion providers under the guise of protecting women’s health. In the wonderful words of Justice Ruth Bader Ginsburg: “It is beyond rational belief that HB2 could genuinely protect the health of women.”

Within Texas specifically, clinics closed by HB2 should now be able to reopen. And if the Court had upheld the restrictions, the number of clinics able to provide abortions in Texas would have been reduced to eight — and exclusively relegated to urban centers.

But this is what it does not undo: the drastic cuts that have been made to reproductive health care in Texas prior to HB2 — which cut off access to services like birth control, gynecological exams, and STD screenings for hundreds of thousands of Texas women.

Let’s do a quick rundown of what’s been going on down there:

There have been a host of fallouts from all these clinic closures, including an uptick in both Medicaid-funded births and risky DIY abortions. Both of these are, one can infer, the product of a severe drop-off in the availability and use of LARCs — long-acting reversible contraceptives, like IUDs and hormonal implants — as measured by the steep drop in insurance claims sent to the state’s public family-planning program. This decline has been accompanied by a less stark, but still distinct reduction in claims for short-acting, hormonal contraceptives, like the Pill.

With no clinic in sight, where do you go for birth control?

West Fund is a nonprofit that provides funding to women seeking abortions in West Texas. It does not deal with provision of birth control or other gynecological care, but Gina Lawrence, the organization’s communications director, explains: “If patients ask us, and it’s very common that they do, ‘How do I prevent this from happening in the future?’, we tell them about their different birth control options, and let them know where they can access them.” But those places are few and far between.

“Texas recently released a list of ‘alternative places to get birth control’ or other gynecological care,” Lawrence tells me. “And the list included elementary school nurses, dentists, pediatricians — it was just full of anything that had the word ‘doctor’ in front of it.” Lawrence points out that none of those places serve women who are uninsured — a third of women of reproductive age in Texas. The clinics closed by the 2011 Planned Parenthood defunding did.

Getting birth control is a pretty complicated proposal almost anywhere in the country — although that’s starting to change, with pharmacist-issued birth control becoming available in California and Oregon. As access to contraceptives in some blue states is improving, it’s being picked apart in their red — and predominantly rural — counterparts.

That’s where telemedicine comes in — or could, at least. Take NuRx, a relatively new app with a pretty basic premise: You should be able to get your birth control as simply and easily as possible. You fill out a questionnaire, get a prescription from a NuRx-associated doctor, and within a few days a pack of pills (or ring, or patch) is mailed to your house. If you’re uninsured, you can pay a fee — around $15/month — to get said prescription.

NuRx currently serves customers in the true-blue states of California and New York, where reproductive rights are relatively safe, and will soon expand to Washington and North Carolina. When I talked to Hans Gangeskar, the app’s cofounder, he explained why NuRx operates in those states: “New York and California are, of course, the largest markets that we can operate in [except] Texas which, due to legal reasons, we can’t be in. But we will be in Texas as soon as that’s resolved, because Texas is one of the most important markets — and it’s also one of the states where women’s health is the most difficult.”

Essentially, to practice telemedicine in a given state, you must be licensed there. But after that, the laws vary wildly from state to state. In Texas, the state medical board has been pushing a rule through the courts dictating that a physician can only provide remote treatment if she has met the patient in person. That may not seem like a big deal until you consider the 14-year-old who’s interested in going on the Pill, but lives 75 miles from the nearest medical provider.

The ongoing lawsuit around this rule, Teladoc v. Texas Medical Board, is an example of what can happen when business interests and medicine collide. Restrictions around telemedicine are at least in part the product of primary doctors feeling threatened by the idea of a larger pool of providers, unbound by geographical constraints.

A 2015 ruling by a federal judge has allowed doctors in the state to practice telemedicine while the case is going on, but the fact that it is going on deters telemedicine entities– like NuRx — from entering the Texas market. However, there are recent, potentially promising developments: Just this month, representatives from Teladoc and the Texas Medical Board entered into negotiations to reach a compromise on the suit.

But what if you didn’t need to go to a doctor for birth control in the first place?

Giving women a means to get birth control prescriptions without going through the rigmarole of office visits and insurance negotiations is a promising idea, especially for women who live in rural areas. But here’s an even wilder idea, posed by Daniel Grossman, OB-GYN and public health researcher at UCSF: Make birth control available over the counter. This is actually not a new or crazy concept; the American Congress of Obstetricians and Gynecologists officially recommended over-the-counter access to contraceptives in 2012.

“There’s quite a bit of evidence that the prescription requirement is a barrier for some women,” Grossman explains. “Surveys show that women are interested in obtaining pills over the counter, and … about a third of [non-users of contraception and users of less effective methods] say that they would be likely use an over-the-counter pill if one were available.” Grossman also says an OTC approach could bridge the all-too frequent gaps that occur with prescriptions.

This is more than a theory. In fact, women in Texas are increasingly crossing the border into Mexico to get over-the-counter birth control. According to the University of Texas’ Border Contraceptive Access Study, those who obtained birth control pills via prescription in El Paso, on the Texas side of the border, were 60 percent more likely to discontinue taking the medication.

Even with the Supreme Court’s ruling on HB2, and even if Teladoc settles with the state medical board, women in West Texas and plenty of other rural areas around the country will still face barriers when they try to protect themselves from the cannonball of an unexpected pregnancy. When we isolate segments of the population from basic care, we create a sustainable future for a select few — which is, of course, not very sustainable at all.

There are nearly 40 million women currently using a form of contraception in the United States. A full quarter of them are on the Pill. Why are we making it so hard to get something that makes so much sense?