Three-eyed crab is almost certainly a harbinger of the Apocalypse 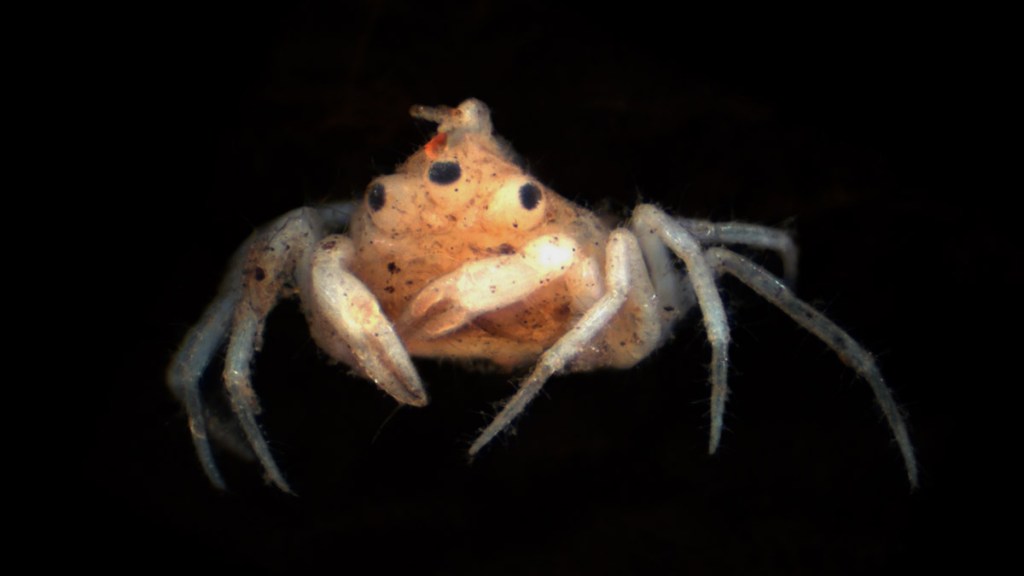 Three-eyed crab is almost certainly a harbinger of the Apocalypse

Gerhard Scholtz, a researcher from the Humboldt University of Berlin, found a three-eyed crab while on an expedition to New Zealand. We’re gonna go ahead and call that an early sign of the end times. Next up: three-eyed human sacrifice, three-eyed dogs, and three-eyed cats living together, mass hysteria.

Actually, unlike the three-eyed fish we wrote about a few years ago, this crab may not actually be a pollution-related mutant. He may just be a run-of-the-mill conjoined twin:

It’s not clear how the crab ended up like this. Scholtz’s best guess is that it is actually a pair of conjoined twins. In this scenario, the crab grew up with an extra pair of eyes, one of which developed between the normal pair while the other was forced onto its back. Later, this fourth eye was damaged, and the tissue regenerated into the antenna-like structure Scholtz found.

But we’re into the idea that he is either a harbinger of doom or at the very least a crustacean X-Man. With, I guess, the power of a very tiny brain:

When Scholtz and colleagues took a closer look, they found that the crab’s brain had not developed properly either. It was unusually small, and somewhat deformed.

Truly, a crab for our times.