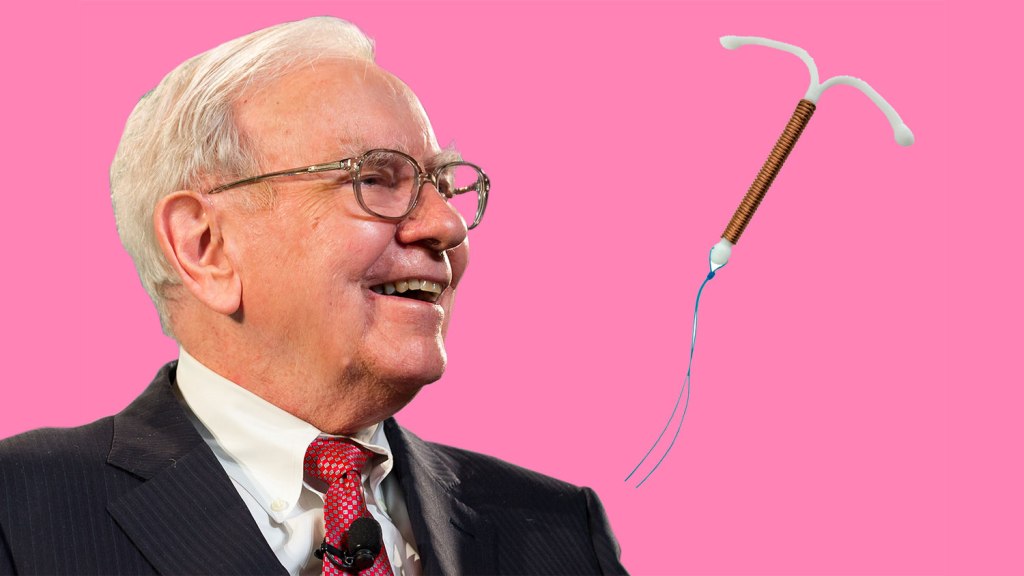 It’s been a bad couple of weeks for reproductive rights. Planned Parenthood is under vicious attack: In addition to its site being hacked — hampering access to crucial reproductive healthcare services for women around the country — the absurdly named Center for Medical Progress has released, as of today, four separate videos attempting to villainize the organization. The cherry on top of this nightmare sundae is that on Monday, the Senate will vote on a bill that would strip Planned Parenthood of its funding.

Planned Parenthood is not, contrary to deluded conservative belief, the abortion factory that it’s painted as. It actually gives women all over the country access to birth control that, you know, prevents them from having to get abortions. And, as it turns out, much of the credit for the access that we do have is due to none other than Warren “Richer Than Your Entire City” Buffett.

In the past decade, the Buffett Foundation has become, by far, the most influential supporter of research on IUDs and expanding access to the contraceptive. “This is common-sense, positive work to help families meet their dreams and their needs in planning their pregnancies,” says Brandy Mitchell, a nurse practitioner who coordinates family planning at Denver Health, a state-run provider. “Why we have to rely on a donor to make this happen is beyond belief.”

Quietly, steadily, the Buffett family is funding the biggest shift in birth control in a generation. “For Warren, it’s economic. He thinks that unless women can control their fertility—and that it’s basically their right to control their fertility—that you are sort of wasting more than half of the brainpower in the United States,” DeSarno said about Buffett’s funding of reproductive health in the 2008 interview. “Well, not just the United States. Worldwide.”

Buffett’s great mountains of money have funded not only crucial medical research of IUDs, but also the landmark CHOICE project that started in St. Louis, Mo., in 2007 and the wildly successful Colorado initiative that provided free IUDs to adolescent girls, reducing teen pregnancy by 40 percent in four years as well as — surprise, surprise! — the teen abortion rate by 42 percent in the same time period. (Colorado Republicans, by the way, voted to defund that program in spite of its success.)

See, everyone? Money doesn’t always have to be evil! Incredibly rich people can do incredible things!

But then, of course, we can always count on the GOP to step in and fuck it all up.