We officially nominate M. Sanjayan and Neil deGrasse Tyson for the 2015 season of True Detective 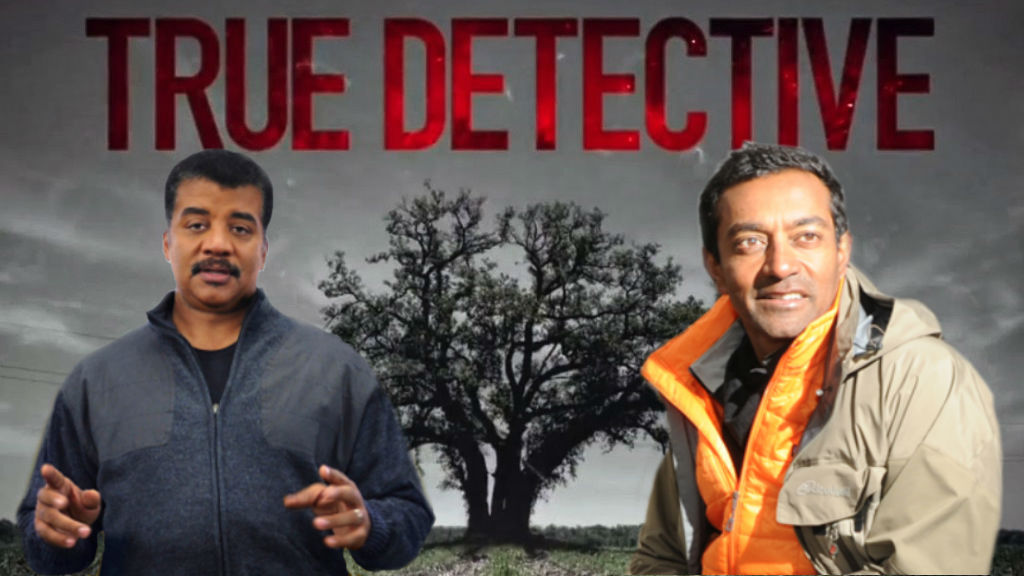 We officially nominate M. Sanjayan and Neil deGrasse Tyson for the 2015 season of True Detective

This year’s Primetime Emmy nominations proved that climate change is Having A Moment right now. (Ha! That is clearly a joke. Every moment belongs to climate change, because it is the inescapable fate of the planet.)

As you may recall, Tyson took climate deniers to task in an episode of Cosmos, during which he travelled to the major battleground of the climate wars (a.k.a. the Arctic circle). And M. Sanjayan, host of Years of Living Dangerously and executive vice president of Conservation International, traveled the world to show the real-life, on-the-ground consequences of global warming.

We sat down with Sanjayan in April, and he told us that doing the series had left him with little doubt that climate change is real, happening now, and directly threatens everyone living on Earth: “Part of this was actually going out with these guys and seeing [the effects of climate change] on the ground myself. And I came away with the sense that these stories now are real.” The fact that this message is now on primetime television is a serious step forward.

We present you, now, with a modest proposal — basically, the only logical next step in bringing the message of climate change mitigation to a broad television audience. That is to cast Sanjayan and Tyson in the starring roles of True Detective 2015. (Tagline: Time is a flat circle, and we are doomed to a new era of mass extinction.)

WHAT! Sanjayan is totally a Rust Cohle type. And tell me you wouldn’t tune in to see America’s favorite scientists in a shoot-out with meth-snorting, wifebeater-wearing, tattooed oil execs.