Welcome to the future, where it's so hot roads are buckling 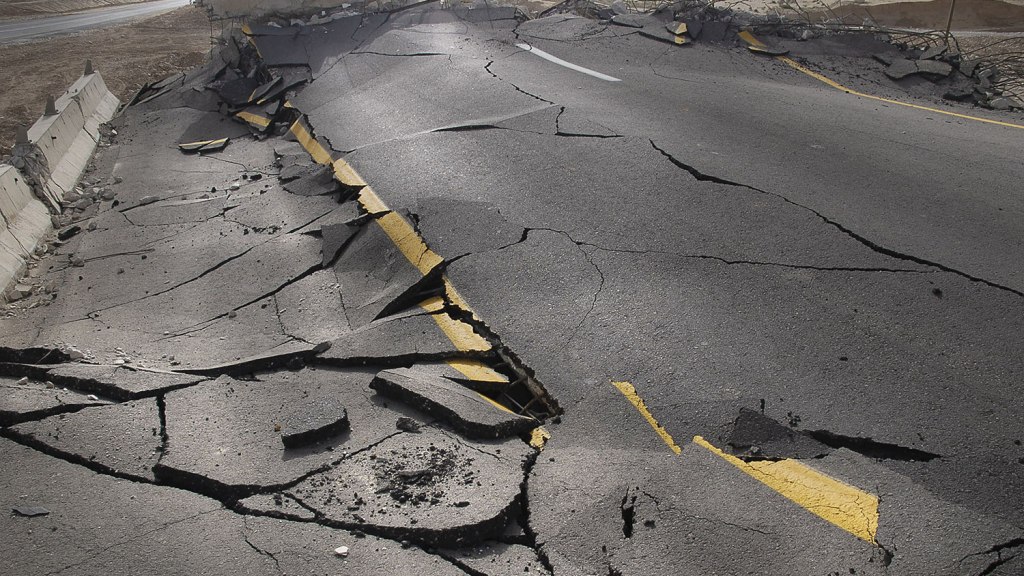 Welcome to the future, where it’s so hot roads are buckling

Talk about a hot dish.

A heat wave in Minnesota last week saw temperatures reaching into the mid-90s. And while Minnesota is no stranger to extreme weather, the rapid temperature rise caused roads in the scorched state to buckle under the sun and send unsuspecting vehicles airborne, as CityLab reports.

A Minnesota Department of Transportation camera caught the action on Highway 36 this weekend:

The pavement can expand under hot conditions, and when this happens quickly — as it did on Highway 36 and Interstate 90 — segments of the road smash together and the roadway buckles. Last week’s spike in heat caused the surface temperature of the road to hit between 120 and 125 degrees, according to the state DOT — plenty hot enough to stress out the roadways in Minnesota and neighboring South Dakota, which saw similar buckling.

Temperatures have since dropped in the area, but the buckling could be an indication of the hot and bumpy ride to come. According to Climate Central, a Minnesota summer in 2100 will feel like a Texan summer today.