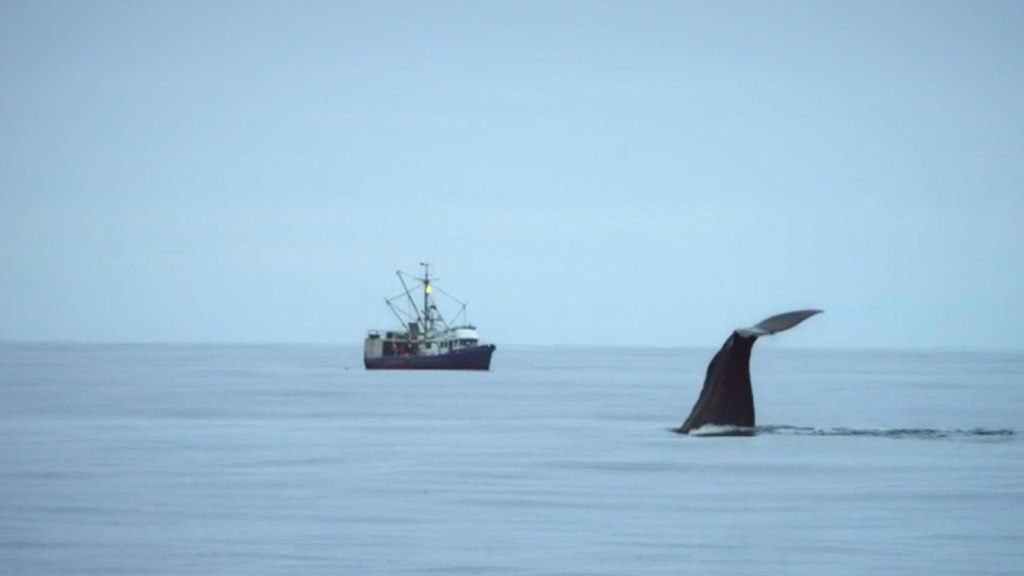 BBC.com
what a moby dick

Humans! For centuries you hunted my kind, stabbed us with your little toothpicks, stripped us of our tasty, tasty blubber, and then, probably, danced merry jigs on our corpses. In an act of true hubris, you even wrote it all down.

Well, joke’s on you, because we’re smart fuckers and now we’re getting our revenge — best served cold-as-Arctic-waters, where sperm whales have learned to strip the fish right off of fishermen’s lines. From the BBC:

This giant animal’s deft trick was filmed for the first time by a group of scientists based in Alaska … It shows a sperm whale using its long jaw to create tension on the line, which in turn snaps fish off the hooks. This feeding behaviour is called depredation and experts think it is learned by the whales.

“I don’t know how to quantify their intelligence but their effectiveness is almost perfect,” says Stephen Rhoads, a boat skipper who has been fishing in the area for 20 years.

Damn straight it is. You think we’d bother to dive and catch our own fish when you are basically unspooling miles of free buffet each time you let out all that longline? In short: You trippin’, particularly if you think we are leaving you with any black cod (our fave!).

The scientists hope to eventually tag 10 individuals – known as the ‘bad boys’ – who are seen around boats most often. One of the most regular visitors has even earned the name Jack the Stripper after being seen nine out of the last 10 years in the same part of the Gulf.

‘Strips’ to his friends — but fishermen, it should go without saying, are not his friends.

120 sperm whales have been observed, all of which are male, scientists estimate there may be 235 in total. Up to 10 whales have been seen around fishing boats, which is unusual as adult males usually hunt on their own and could also point towards depredation being socially transmitted between whales.

They also discovered that the whales, who hunt using echolocation, are alerted to the fact fishing is taking place by the sound of boat engines shifting gear as the crew haul in the catch, this can be detected from several miles away.

Maybe if you humans weren’t so effing loud, we’d leave some cod for you. (Ha! Just kidding.) But no — you have to stomp all over the place, broadcasting your wretched presence.

“Now the tables have turned, whaling is banned, and sperm whales are returning and learning to take on fishermen in bold and surprising ways – and so far there is very little the fishermen can do about it.

I only have one question left for you pathetic buffoons: You need some ice for that burn? Too bad, because we’re running out of that, too. (And that’s also your fault, morons.)