Yes, Brazil's loss was a shocker -- but please don't call it a disaster 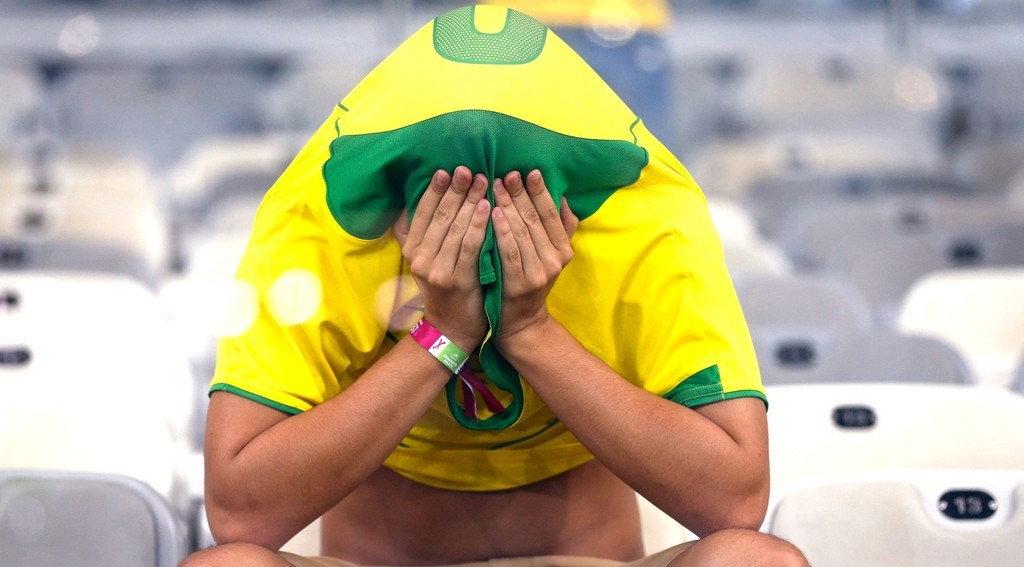 Yes, Brazil’s loss was a shocker — but please don’t call it a disaster

Shocker. Upset. Fail. These are perfectly appropriate words to describe Germany’s 7-1 takedown of Brazil in the World Cup today.

But let’s tread lightly on the “disaster” talk, please.

Look, I get it. Brazil is a soccer-mad country of close to 200 million people and the host country of this year’s Cup. Brazil has won five World Cup titles, more than any nation. Brazil birthed Pelé. The loss is a colossal disappointment, evidence that even soccer superpowers on their home turf are vulnerable.

But a calamity, this is not.

You see, here at Grist we constantly have disaster on the mind. You know, rising sea levels, droughts, worldwide hunger, to name a few fun ones. And I can’t help but think of my colleague Brentin Mock’s argument that we need all the harsh language we can muster to create a sense of urgency around climate change. When we toss around words like “disaster” or “meltdown” in a sports context, are we desensitizing sports fans to real tragedy?

And there’s some precedent: In the past there have been calls to ditch the sports-as-war metaphors. The “what a battle” and “they’re in the trenches” tropes. Sure, an outright ban on these terms seems harsh. But a little self-awareness or second-guessing when dropping such terms? I like that idea.

I know: Sports is emotional. I’m a sports guy myself. As a hard-luck New York Jets fan I’ve experienced my fair share of heartbreak (see the buttfumble). And as a journalist, I get that we media folk like to spice up our headlines with colorful language to garner clicks. There’s no shame in that game. But let’s at least think twice before dubbing epic sports moments as disasters.

Now back to your regularly scheduled World Cup watching.