From beneath gas masks, Vietnamese celebrities are sending a message: They are troubled by the prospect of a world ruined by coal.

A new photo campaign called “I Can’t,” sponsored by 350.org and the Center of Hands-on Actions and Networking for Growth and Environment (CHANGE), portrays Vietnamese musicians, dancers, and actors in a coal-laden dystopia. The series draws attention to the ugly — and often deadly — impact of emissions from coal-fired power plants. A news release from the campaign points out that pollution from coal plants causes 4,300 premature deaths in Vietnam each year.

But things are looking up for Vietnam — and down for its coal industry. The country’s prime minister announced in January that the government was halting plans to develop new coal plants in order to limit greenhouse gas emissions. 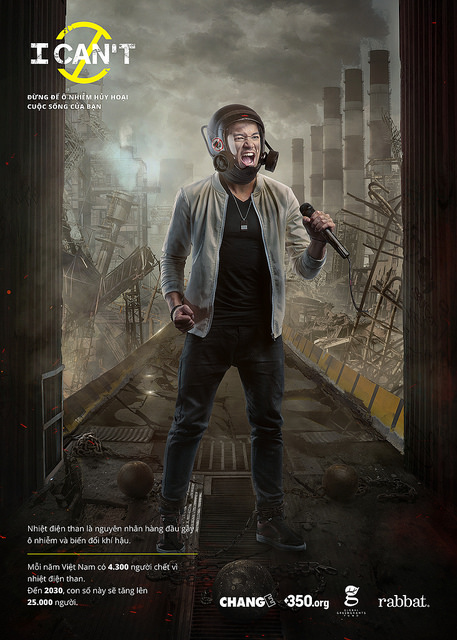 Although you may not be familiar with the celebs portrayed in these photos — like actress Diem My, contemporary dancer Do Hai Anh, or Vietnam Idol winner Trong Hieu — they’re pretty much the Carrie Underwoods and Beyoncés of Vietnam. The photographs depict each artist with a symbol of being unable to pursue their passion: a singer trapped behind a gas mask, an actress holding a broken opera mask, or a dancer pictured with an injured swan. 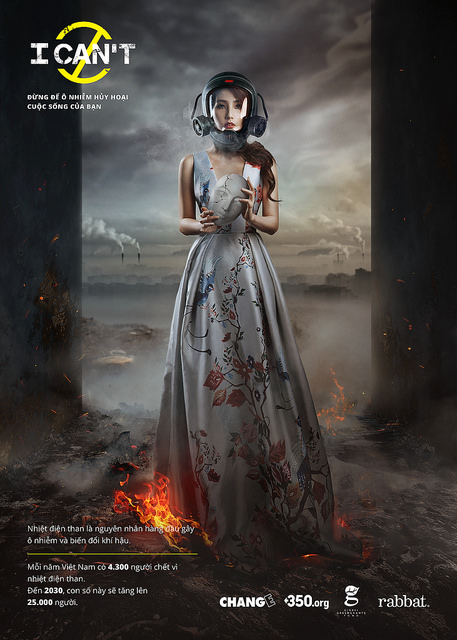 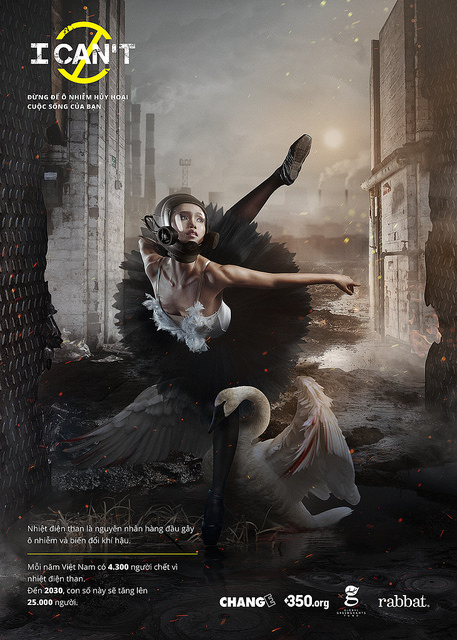 View the rest of the series here.

We’re angry, but that’s our right — so is abortion