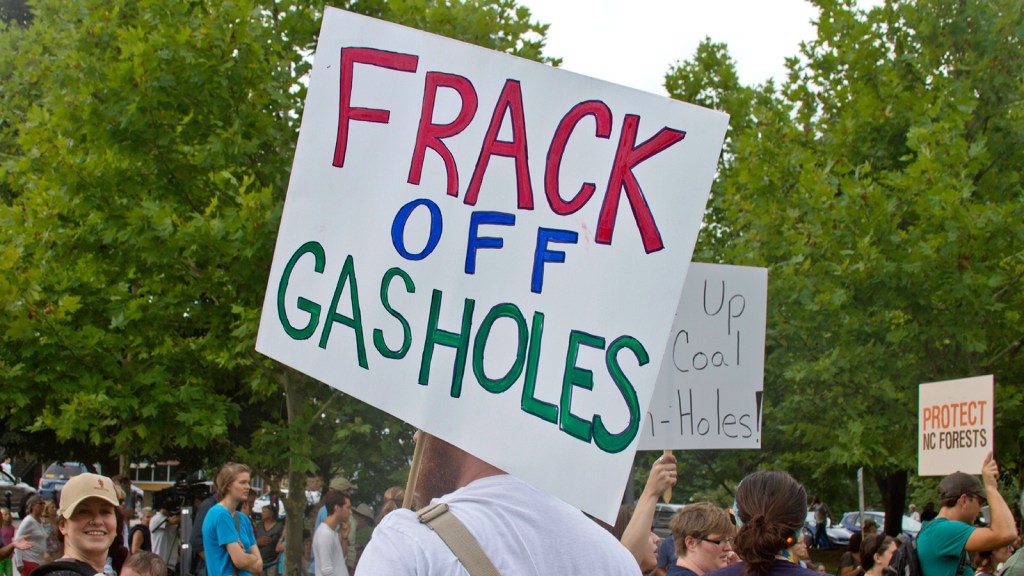 This was the year of the fracking ban, at least in local elections: Eight municipal and county-wide bans went to voters in Ohio, Texas, and California on Nov. 4. Considering the money poured in by the opposition, they did pretty darn well: Four out of eight won by a country mile.

Happily for local farmers like Paul Hain, San Benito County’s moratorium on “high-intensity petroleum operations” passed with flying colors (at least by American standards): 57 to 43 percent. And in Mendocino County, Measure S won with even more of the vote: 67 to 33 percent.

In oil-rich Santa Barbara County, however, where oil and gas interests poured nearly $6 million into their campaign against Measure P, the ban lost by margins just as wide: 37 to 63 percent. It’s a big loss for the folks behind the measure, but, as they posted on Facebook, they’re hardly defeated: “This campaign was the beginning of the fight. Not the end!!”

Four Ohio towns put fracking bans to voters, too, and one of them took home the gold: Athens, whose citizens had tried and failed to get a measure on the ballot in 2013, overwhelmingly supported one this time that will keep the practice out of city limits. The bans failed in Gates Mills and Kent, though. And while anti-fracking campaigners in Youngstown gave it a fourth shot, after a third proposed ban failed last year, it got royally slammed again. Argh.

But perhaps the most meaningful results cane from Denton, Texas: The town’s fracking ban is the first ever to pass in Texas, the nation’s biggest oil and gas producer (California was No. 3 in crude last year). Denton already has 275 fracking wells, so a moratorium on the practice here says a whole heck of a lot about the future of fracking — and, dare we dream, of fossil fuels?

Denton Mayor Chris Watts anticipated this, claiming that “the vote is not the end of the story.” Oil companies will probably contest it in court, but, he said in a statement, “The City Council will exercise the legal remedies that are available to us should the ordinance be challenged.”

Bring it, Texas Oil, bring it. The people have spoken.