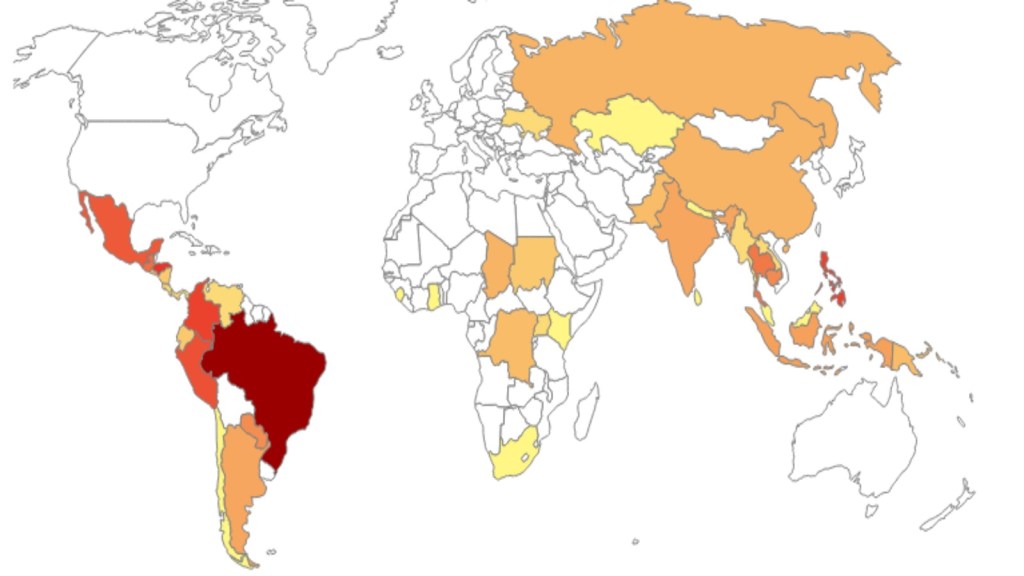 The death of Honduran environmental and human rights activist Berta Cáceres this week is an unspeakable tragedy — but it’s not unique. In fact, environmentalists have historically been targeted for their actions, and for speaking out about environmental injustice.

Last April, a report found that in 2014, at least 116 environmental activists were murdered. Of these, the largest percentages were protesting the activities of hydropower, mining, and agribusiness companies. Global Witness compiled the killings into a map by country, giving a startling picture of the dangers facing environmentalists around the world:

Global Witness noted in a statement that many of the murders catalogued “occurred in remote villages or deep within the jungle, where communities lack access to communications and the media.”

Like Cáceres, who was cofounder of the Council of Indigenous Peoples of Honduras, 40 percent of the victims were from indigenous communities. Also like Cáceres, who was fighting a grassroots campaign against proposed hydroelectric dams on land belonging to indigenous people, many of them were battling for the right to keep the land that already belonged to their people.