Obama's offshore drilling plan mostly a win for environmentalists, with a caveat 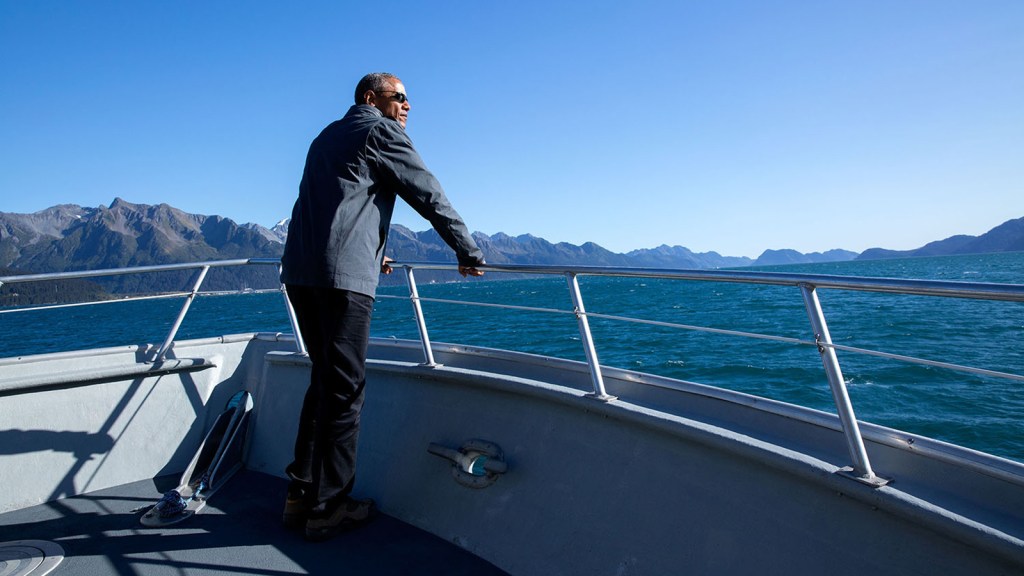 Obama’s offshore drilling plan mostly a win for environmentalists, with a caveat

President Obama has shown little interest in gambling his environmental legacy in his final year of office. Rather than slow down after the Paris climate change conference in December, he has pushed forward on policies climate activists say are necessary to keep fossil fuels in the ground — first, his administration announced a moratorium on new coal leases, and now, it has taken the Atlantic Coast off the table for drillers.

The administration released a new version of its five-year plan for offshore drilling on Tuesday, and the most significant change is its reversal on its plan from a year ago to open the mid-Atlantic to offshore development. The Arctic, meanwhile, is still open for business: The new proposal solicits comments on whether to drop Arctic leases entirely or whether to limit them in some areas. But it also still has an option that includes leases in the Chuckhi Sea, Beaufort Sea, and Cook Inlet — much criticized by environmentalists who say a spill anywhere in the Arctic will have devastating effects for the rest of the region. The Gulf will be open for 10 leases.

The Interior Department’s plan for offshore drilling essentially sets the course for oil and gas development long after Obama leaves office. Technically it covers a period from 2017 to 2022, but oil and gas exploration offshore can take years to get off the ground, even decades before paying off the cost. Any delay is promising: While presidential candidates could promise to reverse course, in practice, they are unlikely to do so, explained Natural Resources Defense Council’s Beyond Oil Director Franz Matzner. “This administration sets the five-year plan for the next administration,” Matzner said in an email. “The next administration could, in theory, try to undo that, but we have not seen that precedent in the past. Far and away the most secure route for the Obama administration would be to permanently withdraw the Arctic and Atlantic from all future leasing, using his executive authority under [the Outer Continental Shelf Lands Act].”

If the proposed version is finalized after the 90 days of public comment, it will be a significant achievement for environmentalists and local communities that organized against offshore drilling. With one caveat, of course: the Arctic.

“They won’t get it right every time, but it gives us a new hook to hold them and the next president to account,” 350.org spokesperson Jamie Henn said in an email. “The new test of climate leadership is if you’re keeping fossil fuels in the ground.”

“Less than a week after committing to protect the Arctic with Prime Minister Trudeau, President Obama has left the door open for Shell and the rest of the oil industry to drill in the region,” Greenpeace USA Executive Director Annie Leonard said in an email. “This decision doesn’t balance conservation and energy — it fuels climate chaos. President Obama must place the whole Arctic off limits. This program isn’t yet final, the president must use the time he has to take all new offshore drilling out of circulation.”

The Interior didn’t highlight climate change as part of its calculus on Tuesday, only citing “significant potential conflicts with other ocean uses such as the Department of Defense and commercial interests; current market dynamics; limited infrastructure; and opposition from many coastal communities.” But there was intense pressure from cities and businesses that rely on $4 billion in tourism and fishing on the coasts to remove the Atlantic from the plan. In recent weeks, both Hillary Clinton and Bernie Sanders have highlighted their opposition against drilling off the East Coast and the Arctic.

This is the second time the administration has tried to open the East Coast for drilling, only to reverse course. Just before the 2010 Deepwater Horizon disaster by BP, the administration proposed auctioning up to 104 million acres of the mid- and south-Atlantic and 10 leases in the Arctic. Then last January, Interior again put the Atlantic on the table, which set off protests from environmental groups and local businesses and residents.

The oil and gas industry, which eyed the Atlantic for its 3.3 billion barrels of recoverable oil and 31.3 trillion cubic feet of natural gas, will be furious. But public opinion on oil drilling is more complicated than political divides. Public support for offshore drilling plummets when there are spills, as it did after the BP disaster in 2010, but tends to rise again with passing time.

In his final year of office, Obama faces limits in what more he can do for the environment and climate. He’s already pushed his executive power on climate change more than any other president; the offshore drilling plan is one of the few opportunities he has left. Protecting the coasts by limiting oil and gas development offshore would be a fitting ending for a president who once called the BP spill the “worst environmental disaster America has ever faced.”