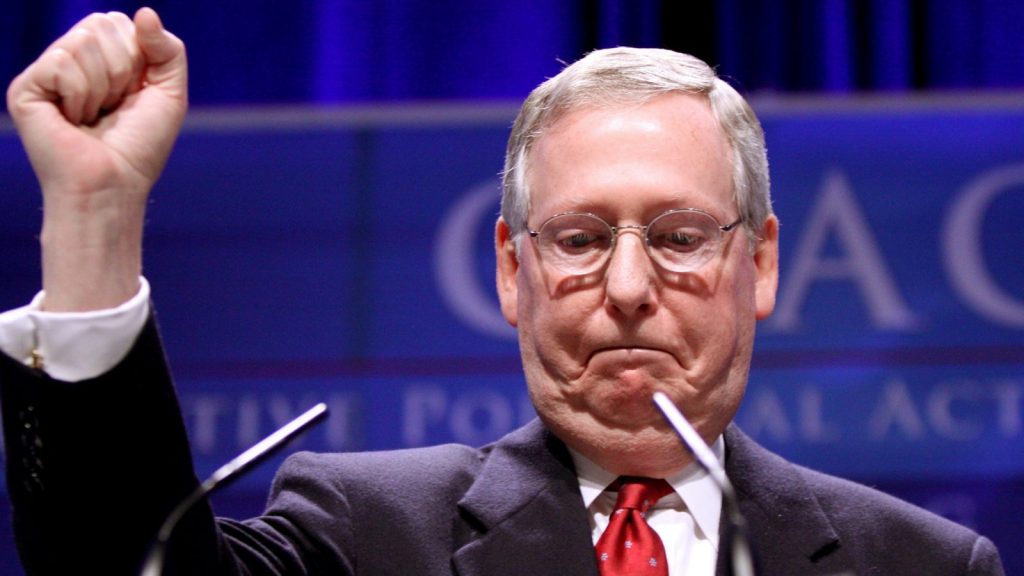 Once Mitch McConnell (R-Ky.) becomes Senate majority leader next month, his first order of business will be to hold a vote on authorizing the Keystone XL pipeline, he said on Tuesday. If it passes, that would force President Obama to either approve or veto the bill, and thus the pipeline, before he is ready to. From CNN:

The President has said he wants the decision left in the hands of the State Department, which is six years into a review of the project and currently holds final authority because the pipeline would cross international borders. …

The House has repeatedly approved a bill that would take the Keystone decision out of the Obama administration’s hands, end the review and give the project the green light.

For months, the Senate’s Democratic leaders ignored that House bill, but then last month they suddenly changed course and allowed a vote on it in a doomed bid to help Senate Energy Chair Mary Landrieu win her runoff election in oil-friendly Louisiana. Approval for Keystone came up one vote short, and Landrieu lost by 12 points.

Next year, when McConnell is in control of the Senate, newly elected Republican senators will give him the votes he needs to pass the Keystone bill. But if the president vetoes the legislation, McConnell probably won’t have enough votes to override him. Republicans will have 54 seats, and a number of Democrats could be expected to vote with them, but it would be a stretch to get to the 67 needed to overturn a veto.

Climate activists reacted to McConnell’s statement exactly the way you’d expect them to.

“This is just the climate denial agenda that the fossil fuel industry paid for,” Sara Shor, tar-sands campaign manager for 350.org, said in a statement. The group is planning more anti-Keystone protests for January. “The fossil fuel industry has all the money, but we’ve got the people. When it comes to politics, intensity often carries the day. We’re going to bring the heat.”