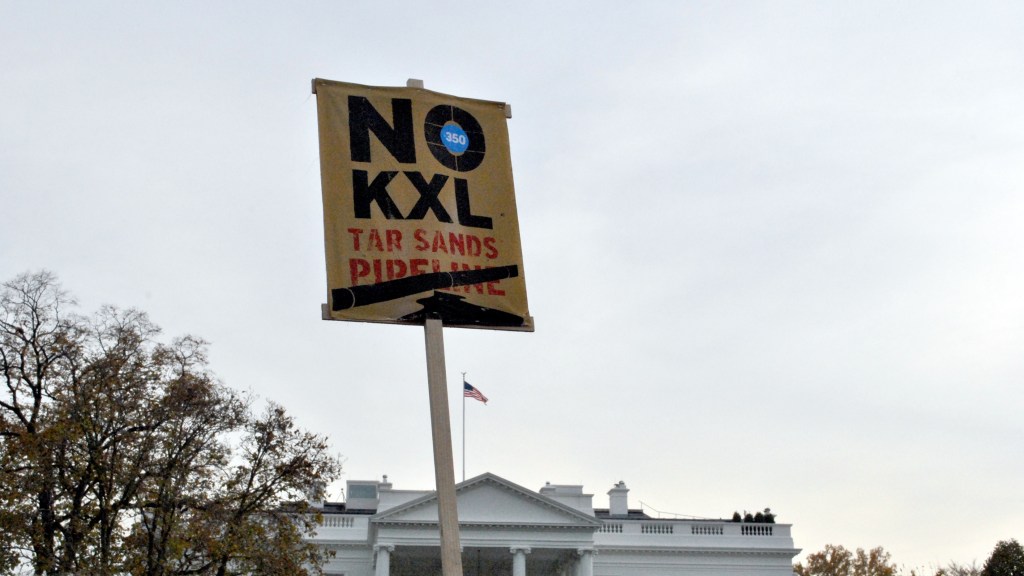 A Senate bill to force approval of the Keystone XL pipeline failed on Tuesday night, coming up one vote short of the 60 needed to overcome a filibuster threat. All day Monday and Tuesday, congressional reporters were tweeting up a storm about whether bill sponsor Mary Landrieu (D-La.) would have the votes she needed. She ended up with only 59.

The greater surprise is all the Democrats who voted against it. Three in particular stand out: Sens. Tim Johnson (S.D.), Jay Rockefeller (W.Va.), and Mark Udall (Colo.). West Virginia and Colorado are big fossil-fuel states, where support for Keystone has seemed like the politically safe path. That’s why West Virginia Democrat Joe Manchin has been particularly outspoken about his desire to see the pipeline approved. South Dakota is a conservative state that the pipeline would pass through. Thanks to the promise of construction jobs, a majority of South Dakotans support the Keystone proposal.

So normally you would expect these three senators to vote for the bill. Up until now, all have been cagey on Keystone despite heavy pressure. The American Petroleum Institute cut an ad this spring, and lackeys for oil industry front groups penned op-eds, calling on Johnson to support it.

But Rockefeller and Johnson are retiring, and Udall just lost his reelection campaign. And so they have been liberated to vote their consciences. A look at each of their records shows that this latest vote is not really an aberration. Rockefeller has historically supported coal because of its importance to West Virginia, but in recent years has started taking principled votes to combat climate change, such as a vote against efforts by Manchin and Republicans to block the EPA’s proposed power-plant CO2 rules. Back in January of last year, Johnson was the only Democratic senator up for reelection in a state carried by Mitt Romney who didn’t sign a letter to Obama calling for him to give Keystone a green light. National Journal guessed correctly at the time that this was a sign Johnson would retire. The publication observed that Rockefeller also didn’t sign the letter and he had “already announced his retirement after recently taking positions on energy to the left of his constituents.”

Udall has had to vote on Keystone before, because Landrieu has used her position as chair of the Energy Committee, on which Udall sits, to force committee votes on it. Udall voted against pushing through the pipeline, but on the grounds that he opposed cutting short the administration’s review process, not because he opposed the pipeline per se. Udall, who has an overall strong record on climate change, was repeatedly attacked this year by his Republican opponent Rep. Cory Gardner (R-Colo.) for not demanding immediate Keystone approval.

Of course, it makes a certain kind of sense that Johnson, Rockefeller, and Udall would vote against Keystone — they accept climate science, and, as educated people, they recognize the weakness of claims that Keystone would contribute to “North American energy independence” or create many American jobs.

Looked at through that lens, it is more of a mystery why retiring or already defeated Democrats like Begich, Hagan, Pryor, and Walsh voted for it. Presumably, it’s because they have already said they support Keystone and don’t want to flip-flop. They could be holding out for a political comeback or trolling for a job with the dirty energy lobby. Maybe if you say over and over that you think ramming a pipeline through the Midwest to export Canadian oil to other countries will benefit the U.S., you start to actually believe it. Or perhaps pandering to uninformed red-state voters is such an ingrained habit that you can’t break it, even after you’ve got no elections left.

The bill to push through Keystone will be back again soon, after the new Congress is sworn in. Incoming Senate Majority Leader Mitch McConnell (R-Ky.) said on the floor of the Senate right after Tuesday’s vote, “I look forward to the new Republican majority taking up and passing the Keystone jobs bill early in the new year.” Likewise, Sen. Lisa Murkowski (R-Alaska), who will replace Landrieu as chair of the Energy Committee, said, “The Keystone XL pipeline will be a top priority next year for the new majority.” With the Republicans in control of more Senate seats, there will be enough pro-Keystone votes to break a filibuster threat, but not the 67 needed to override a presidential veto unless a few more Democrats flip.

So, ultimately, Keystone’s fate still rests in the hands of President Obama — another lame duck, albeit one with two years left instead of two months. Will he follow the lead of his outgoing Democratic colleagues who decided to vote their consciences and finish their careers with grace? His recent strong actions on climate change suggest that he might.