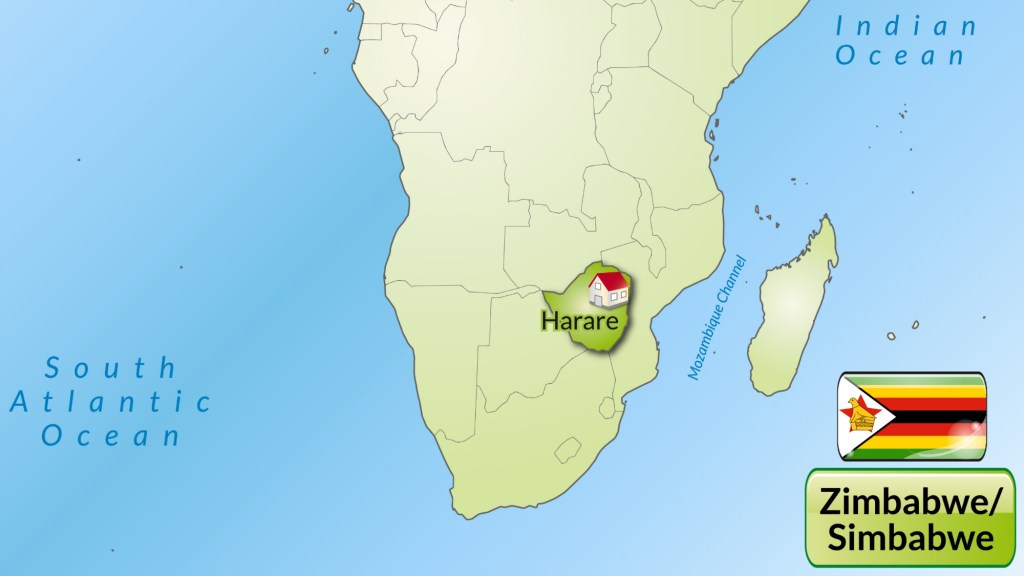 The landlocked country of Zimbabwe has been ravaged by deadly floods since heavy rains set in last month. It’s the latest soggy chapter in a climate-changed region where the number of people affected by cyclones and flooding has increased sixfold over two decades. SW Radio Africa reports on the Zimbabwean inundation:

Many parts of the country, from Muzarabani up in the north to Beitbridge down in the south, are now experiencing the worst floods in many years, as water inundates villages, farms, homes and major vital roads. …

Weeks of heavy rain have left large parts of the Masvingo, Midlands and Matabeleland South provinces under water with the levels of most dams and rivers appearing to have peaked, leaving the situation critical in many areas, particularly along rivers.

The crisis has prompted the country’s leaders to plead for international aid. They are asking for $20 million of assistance to evacuate more than 2,000 families living downstream from the Tokwe-Mukorsi dam, which is so overladen with water that experts fear it is about burst.

Such floods may be a symptom of climate change, which is also ravaging the impoverished country with rising temperatures and increasingly frequent droughts.

“When these capitalist gods of carbon burp and belch their dangerous emissions, it’s we, the lesser mortals of the developing sphere, who gasp and sink and eventually die,” President Robert Mugabe said at the 2009 U.N. climate conference in Copenhagen. (Fair point. But he might have more credibility if he weren’t a corrupt and violent tyrant.)

The following graph from a paper published last year in the International Journal of Humanities and Social Science reveals how erratic the nation’s rainfall is becoming:

The University of Zimbabwe researchers who authored the paper described global warming’s impacts on the nation’s farmers:

The past three decades have been characterized by an erratic rainfall pattern over Africa’s sub-tropics and a significant decline in the amount of rainfall. This has resulted in droughts which have significantly affected agriculture and food production. Crops and livestock have failed to quickly adapt to these harsh climatic conditions. Research on the impacts of climate change in Zimbabwe shows that the country’s agricultural sector is already suffering from changing rainfall patterns, temperature increases and more extreme weather events, like floods and droughts.

The rising frequency of floods in southern Africa isn’t limited to Zimbabwe, as the following chart from the paper shows: