Hi Parched readers, Grist reporter Emily Pontecorvo here. For this week’s newsletter, we’re going to dig into a drought solution that has stirred up quite a bit of controversy: the water futures market.

In 2020, the Chicago Mercantile Exchange announced it was launching the world’s first-ever water futures market, allowing for the trading of water as a commodity, similar to oil and gas. The market was advertised as a way for California water users, like municipalities and farmers, to hedge their exposure to price increases in a world where droughts are getting more intense and water supplies diminishing. But the news conjured a dystopian image of Wall Street traders profiting off the availability of a fundamental human need.

“You can’t put a value on water as you do with other traded commodities,” said a United Nations expert on water and human rights of the new market. Some environmental groups, like the nonprofit Food and Water Watch, even petitioned the U.S. Commodity Futures Trading Commission to shut the market down. But almost two years later, neither depiction — of the market as a risk mitigator, nor as a new playground for Wall Street — has materialized.

To understand why, let’s talk about what the water futures market is — and what it is not. 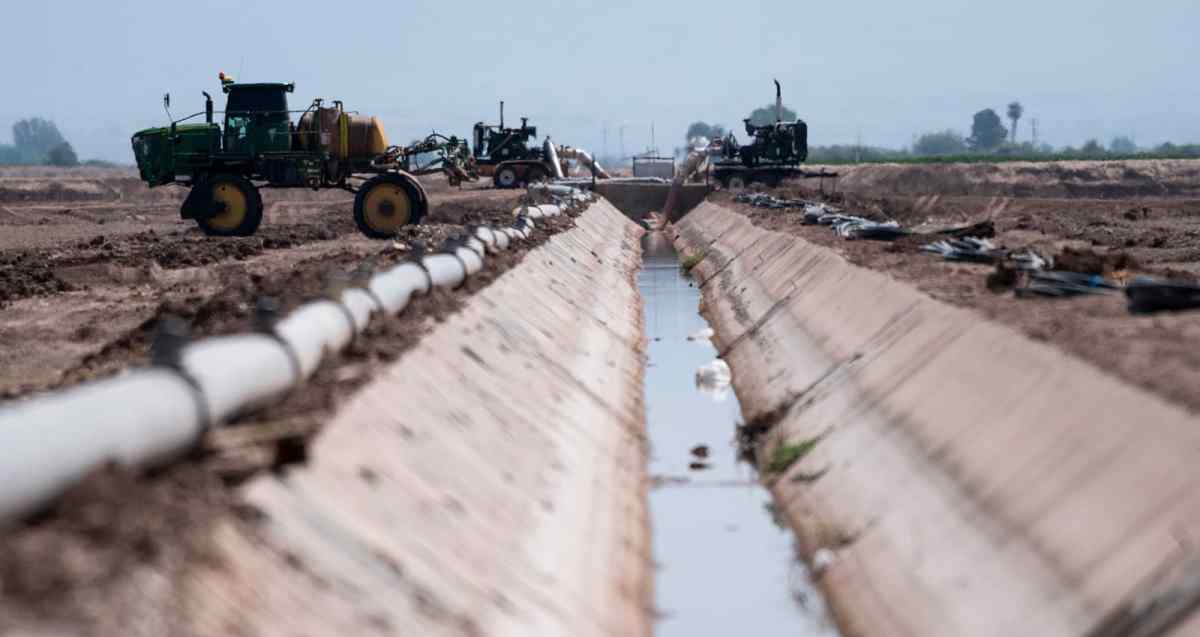 One of many irrigation canals that provide water to farm land in and around Blythe, California. Bill Clark / Getty Images

Futures contracts are agreements to buy or sell a product at a certain price on a certain future date. If you’re a livestock farmer and you think the price of feed is going to go up in a few months, for example, you might buy a futures contract to lock in a lower price today. In some futures markets, when the sale date comes around, the two parties exchange the physical asset. But in what’s called a “cash-settled” market — like the water futures market — only the cash difference is exchanged. In other words, no one is trading physical water in the California water futures market. Participants are essentially placing a bet on whether the price will go up or down.

But this bet can serve as a sort of insurance policy. As the nonprofit Pacific Institute explains, if an almond farmer buys water futures contracts at $600 per acre-foot of water, and the price of water rises to $800 when the contracts are up, the seller would have to pay the farmer the $200 per acre-foot difference — which will help them purchase water in the real world.

In early August, Bloomberg reported that drought has driven the price of water in California up 56 percent since the start of the year. Faced with a higher cost of production, more farmers are choosing to leave their fields unplanted – the amount of fallow farmland in the state is the highest it’s been in several decades. This kind of price jump is exactly what the futures market is supposed to help users hedge against. And yet, hardly anyone is buying contracts.

“The bottom line is that there is very little activity happening in the futures market at all,” said Ellen Bruno, an assistant professor in the Department of Agricultural and Resource Economics at the University of California, Berkeley.

So far, the number of open water futures contracts on the exchange hasn’t exceeded 114 on a single day, according to data provided to Grist by Heidi Schweizer, an assistant professor at North Carolina State University. In an article published last year, Schweizer and Bruno compared the low participation to that of futures for block cheese, which averaged over 400 open contracts a day just two months after its launch. Cuts of pork, they reported, averaged over 1,500 open contracts a day.

Bruno and other experts say there’s a number of reasons the water futures market hasn’t taken off. For one, there’s not a lot of buying or selling of physical water going on in California. Only 4 percent of all of the water used by cities and farms is traded each year, according to the Public Policy Institute of California. Not only does that suggest there would be low interest in futures contracts from water users, it also means the data underpinning the futures market is thin. Adding to that, neither the formula nor the transaction data used to calculate water prices for the futures market are public. This lack of transparency hurts public trust, making the market less attractive to speculators and water users alike.

Even though no physical water is being traded, critics worry the futures market still puts access to real-world water supplies at risk. Speculators could buy up large quantities of contracts, for example, and, with so much money at stake, they might be incentivized to manipulate the real-life water market. In March, Senator Elizabeth Warren of Massachusetts and California Representative Ro Kanna introduced a bill that would prohibit trading water futures, in part due to this concern.

The fear is tied to a related trend: Independent of the water futures market, private investors are buying up water rights in the West and selling them to turn a profit. But at least for now, the virtual trading of water has largely failed to drum up interest.

The drought funding in the IRA