3 things Rick Perry knows about global warming: It’s a hoax, he’s not a scientist, and … we forget the third 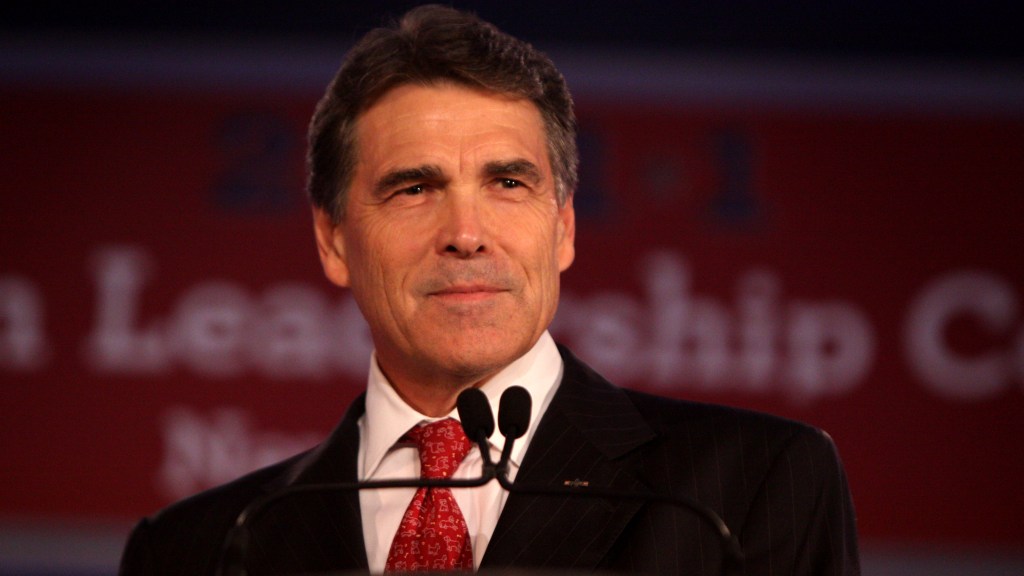 3 things Rick Perry knows about global warming: It’s a hoax, he’s not a scientist, and … we forget the third

Rick Perry became the zillionth Republican seeking his party’s 2016 nomination when he announced his second presidential run in Dallas Thursday morning. The former Texas governor joined a crowded field of GOP contenders, and he has at least one thing in common with most of his competitors who aren’t named George Pataki: He rejects the science behind climate change.

During his 2012 presidential campaign, Perry regularly questioned climate science, saying that it hadn’t been settled. “There are a substantial number of scientists who have manipulated data so that they will have dollars rolling into their projects,” Perry claimed during one New Hampshire campaign stop. He called the EPA a “cemetery for jobs.” In his pre-campaign book, Fed Up!, Perry referred to efforts to tackle global warming as “hysteria” and described the science a “contrived phony mess.” He even wrote that “we have been experiencing a cooling trend.” Perry’s 2012 campaign collapsed when, during a debate, he forgot which three cabinet-level departments he wanted to eliminate. He called for axing Commerce and Education, but he famously couldn’t remember that Energy was also on the list of federal agencies he’d proposed eliminating. “Oops,” he finally said when he was unable name the department.

Despite the smart-guy glasses he’s donned since his last presidential bid, the 2016 version of Candidate Perry is still a consistent skeptic when it comes to humanity’s role in warming the planet. During a roundtable organized by the Christian Science Monitor in Washington, D.C., last year, Perry pulled out the “I’m not a scientist” line while saying that the science underpinning global warming wasn’t clear and that President Obama’s plans to cap carbon emissions would be damaging to the economy. “I don’t believe that we have the settled science by any sense of the imagination to stop that kind of economic opportunity …Calling CO2 a pollutant is doing a disservice the country, and I believe a disservice to the world,” Perry said.

At the Conservative Political Action Conference this past February, Perry touted his record fighting smog. But he sidestepped climate change and called for the Keystone XL pipeline to be built. “The point is, you can have job creation and you can make your environment better,” he said. “That ought to be our goal in this country, and it all starts with energy policy. Open up the XL pipeline, create jobs.”

The Texas governor’s office holds few official powers and is largely removed from the legislative process. Perry’s main influence as governor came from appointing state officers and occasionally vetoing bills. But he did what he could to fight efforts to combat climate change. During the 14 years he held that office, he filled the Texas Commission on Environmental Quality (TCEQ) — the state agency that oversees the energy sector — with appointees friendly to the industries they regulated. “If you look at his appointments, they’ve all been very pro-industry, which means they tend to issue permits fairly regularly,” says Cyrus Reed, conservation director at the Lone Star Chapter of the Sierra Club. The chair of TCEQ, Perry appointee Bryan Shaw, is skeptical of climate change and has said that the research hasn’t been “fully vetted.”

In 2005, fresh off blackouts that hit the state, Perry signed an executive order directing TCEQ to fast-track any application for a permit to build a new coal power plant. Though a judge later ruled that the order was an overreach of the governor’s powers, Perry’s maneuver endeared him to TXU, the state’s biggest utility company.

Perry’s efforts weren’t limited to state policy. Indeed, attacking environmental regulations was one of his favorite ways to prove his commitment to fighting the feds. “Perry has engaged in an outright war against EPA for years,” National Journal declared in 2011. He regularly fought the EPA over the Clean Air Act compliance. In 2010, Perry and then-attorney general Greg Abbott (now the governor) sued the EPA in an early attempt to block the agency’s plans to regulate greenhouse gasses. “Texas is aggressively seeking its future in alternative energy through incentives and innovation, not mandates and overreaching regulation,” Perry said in a statement announcing the lawsuit. The D.C. Circuit Court of Appeals didn’t agree with Perry, siding against Texas in 2012. The Supreme Court refused to hear the state’s appeal, but even so, the case ended up costing Texas $342,000.