6 things Obama can do on climate without Congress 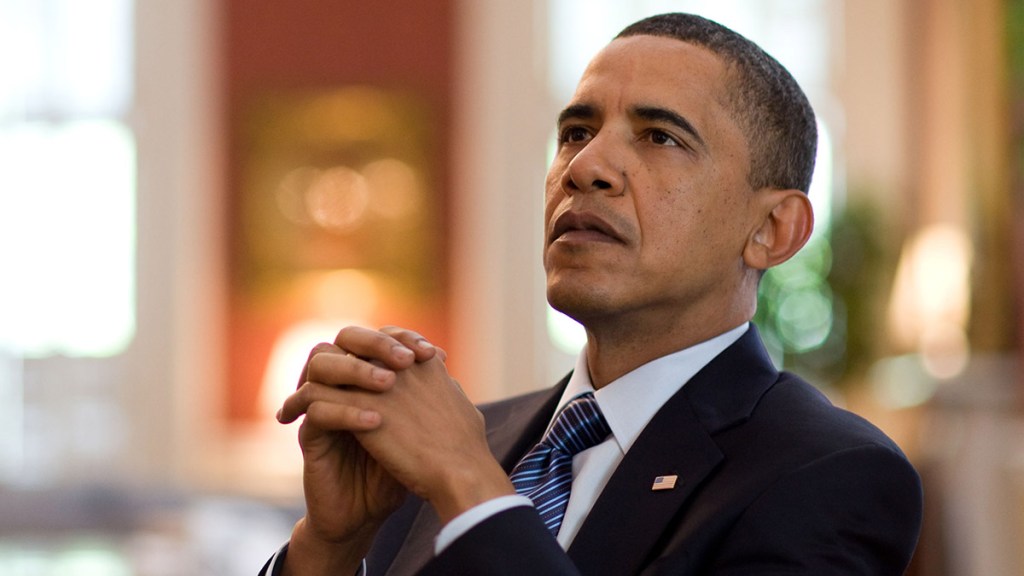 6 things Obama can do on climate without Congress

When President Obama takes the stage this evening for his annual State of the Union address, a likely theme will be how the Oval Office can work toward its goals on everything from income inequality to the federal debt without relying on an obstinate, unproductive Congress. In his speech last year, Obama threatened to sidestep the legislative branch on actions to mitigate climate change, specifically, if Congress failed to provide its own solutions. This year, environmentalists are hoping to hear more details on what that plan could entail.

Some of the major goals of climate policy wonks, like putting a price on carbon pollution, can’t happen without the help of Congress, but that doesn’t mean the president’s hands are completely tied; last week, the Center for the New Energy Economy at Colorado State University released a report, coauthored by former Colorado Gov. Bill Ritter, that details 200 climate actions Obama could take without Congress.

So what options does the president have? Here are a few ideas:

1. Continue the crackdown on coal pollution: This month the Environmental Protection Agency released a new draft of rules that would strictly curtail emissions of carbon dioxide from new coal-fired power plants; a second set of rules that would apply to existing plants is expected later this year. Slashing greenhouse gas emissions from power plants, which account for roughly a third of country’s total GHG emissions, is a major pillar of the president’s climate platform, even though a lengthy review process and probable legal challenges from the coal industry mean the rules aren’t likely to take effect before the end of his term. But in the absence of a national price on carbon or other legislation, regulations like this are the most significant way the president can promote a transition away from our dirtiest power sources.

2. Fix fracking: Today, regulations for natural gas drilling companies are mainly applied by states, but the president has an opportunity to influence the industry’s practices when it shows up to drill on federal land. The Colorado State report calls on the Bureau of Land Management to apply stringent rules for fracking on public land, like full disclosure of what’s in the fracking chemical cocktail, zero tolerance for methane leaks from wells and pipes (a major, unregulated source of highly potent greenhouse gases), and more efficient water-use practices. The president also needs to set a more concrete timeline for how long fracking, often described as a “bridge” fuel between coal and renewables, will continue to be a major source of domestic energy, said Bill Becker, the report’s coauthor and executive director of the Presidential Climate Action Project.

“We recognize that natural gas is a logical transition fuel,” Becker added. “But we think that [transition] should be happening a lot faster than it’s happening now.”

Somehow, Becker said, the president needs to reconcile his “all of the above” energy plan with his stated goals for reducing greenhouse gas emissions 17 percent below 2005 levels by 2020; working with the fracking industry to cut methane leaks is a great place to start.

3. Buy green: The federal government is the nation’s biggest consumer, spending roughly $350 billion a year on goods and services. That’s a lot of buying power to flex in favor of the environment. In 1993, President Clinton signed an executive order requiring federal agencies to favor recycled products; in his first term Obama pushed the envelope with another executive order calling for 95 percent of new government purchasing contracts to be for products that are energy efficient or otherwise “environmentally preferable.” But according to a recent analysis of procurement policies by Columbia University’s Center for Climate Change Law, Obama’s order doesn’t require agencies to consider the carbon footprint of a product’s manufacture and supply chain. Promoting better green purchasing habits throughout the government, especially by big spenders like the Defense Department, could provide a stable market for — and encourage private-sector investment in — climate-friendly products.

4. Get efficient: For campaigning environmentalists, energy efficiency isn’t as sexy as a rooftop full of solar panels or a shuttered coal plant, but there are huge gains to be made through simple improvements like more efficient lightbulbs and better insulation. Americans waste up to 87 percent of the energy they consume, according to the Colorado State report. Obama can’t personally pick your lightbulbs for you (the recent restrictions on low-efficiency lightbulbs that have some Republicans howling about executive overreach in fact stem from a 2007 law passed by Congress), but he does control the efficiency of federal buildings; in 2011, Obama signed off on $2 billion in contracts for private companies to retrofit federal buildings and then take their pay from the resultant electricity cost savings (in other words, at no new cost to taxpayers). The Colorado State report recommends that Obama extend these contracts into the future and to include public housing units. It also asks the president to push through a review of efficiency standards for household appliances that has languished with White House budget officials since his first term — standards that could eventually save enough electricity to power 85 million homes for two years. Federal departments could also use their existing budgets to help households become more energy efficient, like a USDA program launched this winter that will provide $250 million a year in loans for efficiency projects in rural households.

5. Clear the way for renewable energy: The Department of Energy’s loan guarantee program for clean energy tech companies took a PR lashing after the much-ballyhooed collapse of Solyndra, but behind the scenes this program has continued to back many successful projects; last spring, electric car startup Tesla was able to pay back its $452 million loan to the government nine years ahead of schedule, with interest. These loans represent an important government contribution to the goal of $1 trillion a year in global cleantech investments called for by international climate negotiators.

“There’s still money at DOE to do more of that kind of thing,” Environmental Defense Fund senior strategist Elgie Holstein said. “They could accelerate the process that way,” in addition to grants for basic R&D.

And not just at DOE: The USDA has its own loan guarantee program for renewable projects by rural utility companies. The president can also help create a market for private-sector investment in this technology by requiring its use by the government; in his Climate Action Plan last summer, Obama set a goal for the government to get 20 percent of its power from renewables by 2020, double the previous goal. The same speech also called for an additional 10 gigawatts’ worth of renewables on public land by 2020.

6. Kill Keystone: A final decision by the State Department on whether to approve the oil pipeline climate scientist James Hansen refers to as “game over for the climate” has been kicked down the road several times in the last few years. A decision could come this year, but there’s no guarantee, as State lingers on an environmental review of the project. But as perhaps the most visible sign for environmentalists of Obama’s sincerity about the climate issue, his decision on Keystone XL will likely form the basis of his environmental legacy.