RNAi: Chatroom acronym? Nope -- it's the next generation of GMOs 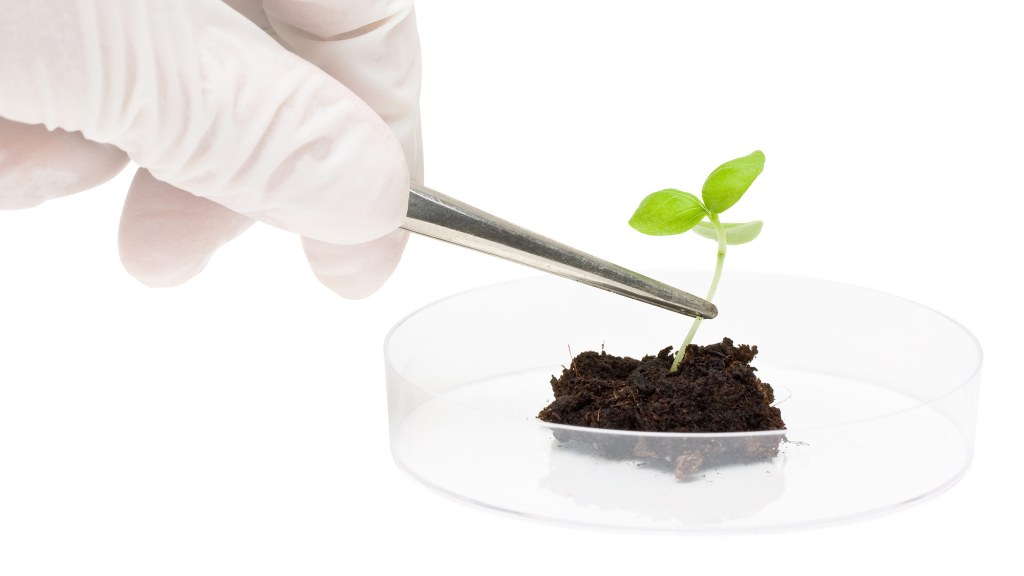 RNAi: Chatroom acronym? Nope — it’s the next generation of GMOs

There’s a piece in the New York Times by Andrew Pollack about the next generation of genetically engineered plants, which use a technique called RNA interference, or RNAi. There’s nothing that’s exactly news here; Times editors must have simply decided it was time to explain this technology to the world.

And it’s a good explanation. There are potential dangers in this technology, and the possibility of great benefits, both of which get blown out of proportion (because GMOs). But Pollack’s piece does a nice job of sifting out the hyperbole and showing what’s really there. Here are the Cliffs, er, Grist Notes:

RNAi turns off specific genes. A plant could use RNAi to turn off vital genes in the bugs that eat it, killing them.

It might also kill “good” insects, and it’s hard to assess how it will affect the environment in the long run. It is also theoretically possible for foods containing RNAi to silence human genes after consumption. But this isn’t a new danger: RNAi is common in nature and in our foods, and it’s never had any observed effect on humans. The risks are examined in detail in this new paper from the EPA.

RNAi crops might be the next fix for weeds and insects that have evolved resistance to the last round of GMO techniques. There are also a number of plants in development that can stave off various diseases and fungi thanks to RNAi. This could reduce the spraying of antimicrobials and provide more reliability for poor farmers.

As usual with genetic engineering, there are unknown unknowns and interesting potential benefits. But if past is prologue, the debate will focus on elaborate worst-case scenarios and visions of utopian wonder plants. If you are interested in the more realistic parameters of possibility, there’s a lot more in Pollack’s article.