After a divisive presidential debate, a call for unity ... from the American Petroleum Institute? 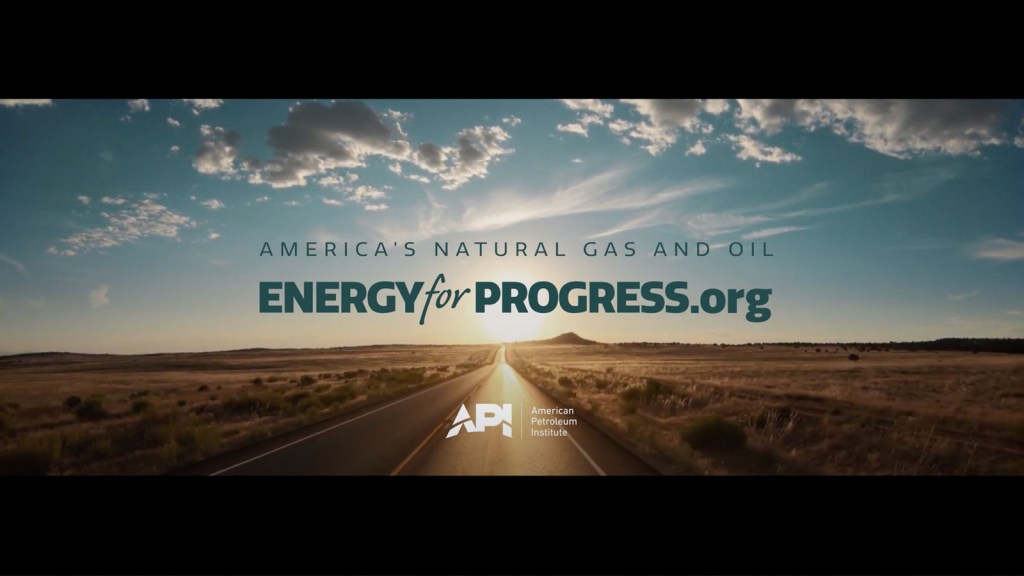 After a divisive presidential debate, a call for unity … from the American Petroleum Institute?

President Donald Trump and former Vice President Joe Biden talked past and shouted over each other in the first debate of the election season on Tuesday. CNN anchor Dana Bash aptly described the 90-minute, ad-free (and sometimes fact-free) political brawl as a “shitshow.”

But the entertainment didn’t stop there. Before and after the debate, some viewers were treated to friendly messages from everyone’s favorite oil and gas trade association, the American Petroleum Institute, or API, whose members include ExxonMobil, Shell, and Chevron. In recent years, the group has gained notoriety for having orchestrated one of the earliest campaigns denying the science of climate change.

Under the banner of its Energy for Progress campaign, the API aired at least two ads on cable news and on digital platforms in battleground states. Perhaps in deliberate contrast to the divisive nature of the debate, the API ads encouraged viewers to find unity … in our common demand for natural gas.

“Our paths aren’t all the same,” one of the ads said, illustrating our innate uniqueness with a clip of two women drinking coffee — one a latte, the other an Americano. In another ad, we see the diversity of American snacktime: One parent gives his kid an apple. The other, a yogurt cup.

But whether you’re an apple person or latte person, the API declared that important issues like climate change bring us together. “We’re more alike than we think,” a voiceover says. “We want cleaner solutions, and that means working with each other.”

Unsurprisingly, the API does not go on to suggest that we work with each other to nationalize the fossil fuel industry, halve emissions by 2030, and prosecute oil and gas companies — effectively itself — for misleading the public about the risks of fossil fuels. Instead, the API highlights how natural gas and oil companies have teamed up with the country’s “brightest minds” to reduce U.S. carbon emissions to their “lowest in a generation.”

It’s true that U.S. emissions overall have declined, mostly because of market forces in the electricity sector. Cheaper natural gas has basically displaced American demand for coal — the most emissions-intensive fossil fuel — and as a result, our power sector emissions are down. The problem is: For every other sector of the American economy, emissions have virtually flatlined, with slight increases in industry, buildings, and other sectors.

These API ads are part of the group’s broader goal of legitimizing natural gas as a climate solution. Its members have spent billions of dollars pitching themselves as friends, not foes, in the transition to a clean energy future. According to industry talking points, natural gas is a “transition fuel” — a necessary stopgap on the road to 100 percent renewable energy. “We all agree we need climate solutions, while meeting our essential energy needs,” the API’s ad says.

Ultimately, natural gas isn’t a climate solution. It is still a climate-change-causing fossil fuel, whose consumption in the world’s richest countries will need to decrease by 74 percent by 2050 in order to limit global warming to 1.5 degrees C (2.7 degrees F), a threshold where scientists say we’ll see significantly more extreme weather events. That’s not to mention the methane leaks, nitrogen oxide pollution, groundwater contamination, and earthquakes that have been linked to its extraction.

Add in those facts, and the unity about how great natural gas is goes up in smoke.