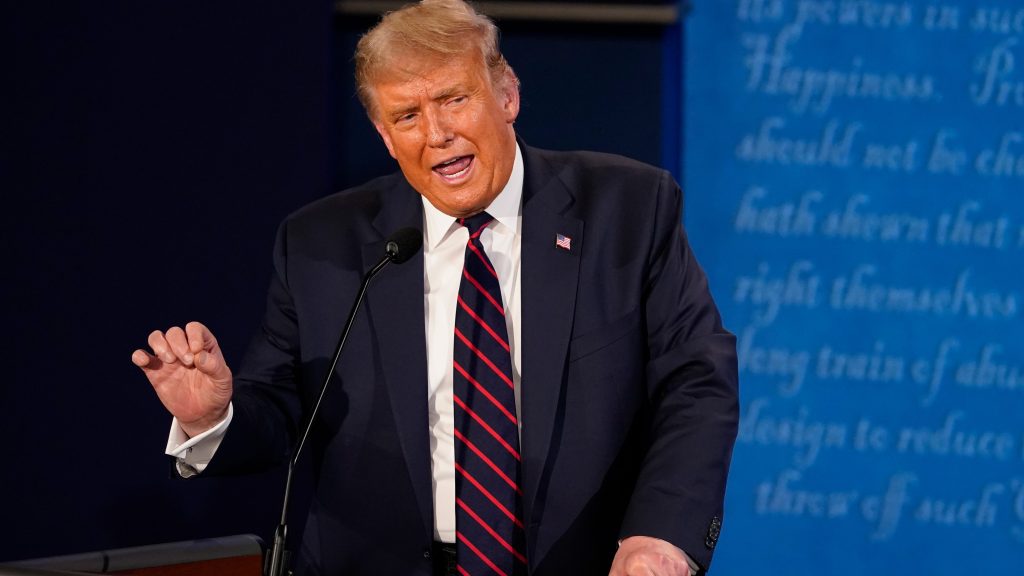 “I’d like to talk about climate change,” Chris Wallace said in the last 10 minutes of the first presidential debate in Cleveland, Ohio, on Tuesday. “What do you believe about the science of climate change, sir?” he asked Trump. “Do you believe that human pollution, greenhouse gas emissions, contribute to climate change?”

The question was not on the list of six debate topics Wallace had released ahead of Tuesday night’s debate. By the time the debate hit the hour mark, no one expected climate to come up at all. The first two-thirds of the debate were less of a conversation and more of a hell pit of interruptions and crosstalk. At times, things turned legitimately mean — mostly on Trump’s end, although Biden snuck in a few attacks. “Will you shut up, man?” Biden said at one point.

But the roughly 10 minutes the candidates spent talking about climate change were not only surprisingly extensive, thoughtful, and civil, they represented one of the most substantive conversations President Trump has ever been forced to have about climate change on the fly and on such a big platform. Wallace did not hold back.

“Over your four years, you have pulled the U.S. out of the Paris climate accord. You have rolled back a number of Obama environmental records. What do you believe about the science of climate change, and what will you do over the next four years to confront it?” Wallace asked.

“I want crystal clean water and air, we now have the lowest carbon … if you look at our numbers now we are doing phenomenally,” Trump replied. He called the Paris Agreement a “disaster” and repeated over and over that the historic wildfires in the West in recent years are due to poor forest management. “The forest floor is loaded up with dead trees. You drop a cigarette in there the whole forest burns down,” he said.

But Wallace didn’t let him off that easy. “What do you believe about the science of climate change, sir?” he pressed.

“I believe we have to do everything we can to have immaculate air, immaculate water,” Trump replied, “and do whatever else we can that’s good.” It’s a familiar refrain. Trump has been trying to paint himself as an environmentalist for years, touting his administration’s limited efforts to protect America’s air and water resources while simultaneously rolling back regulations on air and water pollution.

Wallace homed in on Trump again, refusing to close the segment without a response from the president on the merits of climate science. “Do you believe human greenhouse gas emissions contribute to the global warming of this planet?” Wallace asked.

“I think to an extent, yes,” Trump admitted.

Wallace wasn’t done yet. “But sir, if you believe in the science of climate change, why have you rolled back the Obama Clean Power Plan, which limited carbon emissions in power plants?” Wallace asked.

“Because it was driving energy prices through the sky,” Trump replied.

“Why have you relaxed fuel economy standards?” Wallace pressed.

When Biden got his chance to respond, he used the opportunity to talk about his $2 trillion green stimulus plan, which he released this summer. “Nobody’s gonna build another coal-fired plant in America. They’re gonna move to renewable energy,” he said, moving through the central points of his proposal.

“Not true,” Biden replied. (A right-wing policy group came up with that number.) “What it’s going to do is create millions of good-paying jobs. We are going to be in a position where we can create hard, hard good jobs by making sure the environment is clean and we all are in better shape.”

We’ve heard Biden talk about climate many times before. But Trump fielding multiple questions about the climate crisis? Extremely rare. “For the first time, President Trump acknowledged that human activity has, at least in part, caused climate change,” the American Conservation Coalition, a conservative environment group, said in a statement. You can watch the whole portion on climate change here:

Biden and Trump on climate change from Grist on Vimeo.