Europe is burning our forests for "renewable" energy. Wait, what? 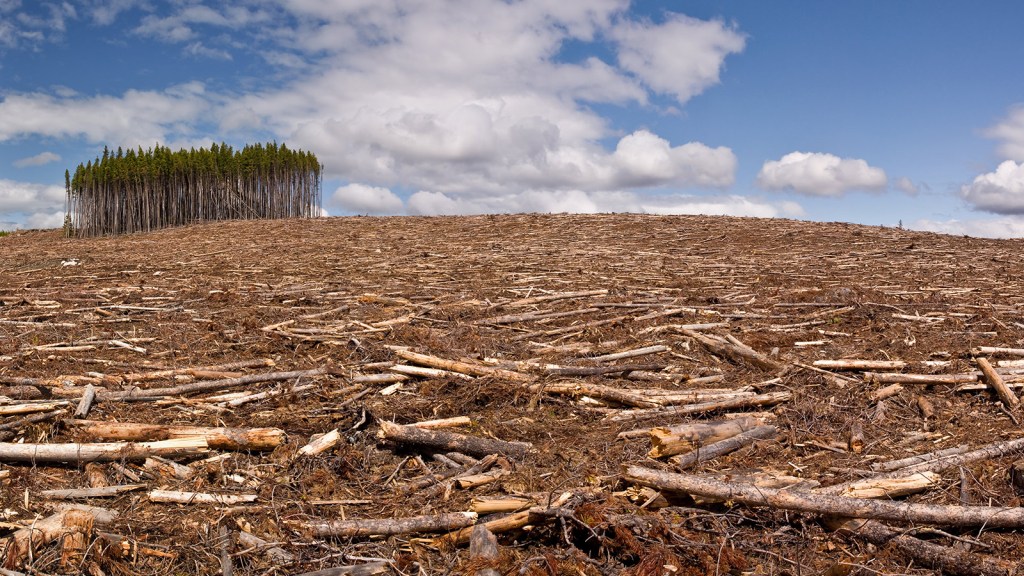 Europe is burning our forests for “renewable” energy. Wait, what?

If you’re driving through the South and you see a denuded field filled with stubby new plantings where lush forest once stood, the blame might lie with an unlikely culprit: the European Union and its well-intentioned clean energy rules.

In March 2007, the E.U. adopted climate and energy goals for 2010 to 2020. The 27 member countries set a goal of reducing carbon emissions 20 percent by 2020 and increasing renewables to 20 percent of their energy portfolio. Unfortunately, they underestimated the carbon intensity of burning wood (a.k.a. “biomass”) for electricity, and they categorized wood as a renewable fuel.

The result: E.U. countries with smaller renewable sectors turned to wood to replace coal. Governments provided incentives for energy utilities to make that switch. Now, with a bunch of new European wood-burning power plants having come online, Europeans need wood to feed the beast. But most European countries don’t have a lot of available forest left to cut down. So they’re importing our forests, especially from the South.

Of course, wood is in some sense renewable: Trees can be regrown. But in other ways it’s more like fossil fuels than it is like solar and wind. After all, the whole obsession with renewables isn’t just because we fear running out of fossil fuels. It’s because burning fossil fuels produces CO2 that causes global warming. The same is true of burning wood, unlike wind or solar.

Wood accounts for a majority of renewable energy generation in Poland and Finland, and nearly 40 percent in Germany. It is especially appealing to British energy utilities, because the British government offers generous subsidies for renewable energy and its solar industry is not nearly as advanced as Germany’s.

Drax, a major British utility, announced last year that they will convert three coal-burning plants to wood. This transition will bring the company up to 550 million British pounds per year ($912 million) in government subsidies for renewables.

The Economist calls this policy “environmental lunacy,” observing dryly: “After years in which European governments have boasted about their high-tech, low-carbon energy revolution, the main beneficiary seems to be the favored fuel of pre-industrial societies.”

The E.U.’s initial rationale was not totally crazy — it just turned out to be totally wrong. Citing research that suggested that young trees consume more CO2 than older trees, policymakers figured that burning a tree for energy could be carbon neutral if you planted a replacement tree.

More recent studies, however, have shown that to be much too optimistic. Not all young trees consume more CO2 than older trees — it depends on the species and various other conditions. The process of chopping trees into wood pellets and shipping it across the Atlantic, and the energy involved in burning it all, add to the total carbon intensity.

Dogwood has launched a campaign to pressure American and British energy utilities to stop burning whole trees for electricity. (It says that burning sawdust left over at sawmills is relatively harmless.)

There are a few crucial variables to consider when weighing the climate impacts of burning wood. One is: What would have happened to the wood if it wasn’t burned? Many logging operations and sawmills burn slash piles, scrap, and sawdust, creating more greenhouse gases than a power plant would generate by burning pellets made from the same “residue,” according to a report issued last month the U.K. Department of Energy and Climate Change. But from a climate perspective, it would be better to leave that residue in the forest to decay, the report says.

It also depends on how much heat energy is required to dry out the pellets for burning, and how that energy is produced. On average, the report says, “Biomass electricity was found to require greater energy inputs than most other electricity-generating technologies.” Wood shipped to Europe from the West Coast has much higher fuel emissions from transportation than if it is from the East Coast. Then there is the question of what the land would have been used for instead of harvesting wood.

Overall, this hardly seems like something we should be subsidizing. Hopefully, European policies will catch up to their own governments’ findings.