Bernie Sanders inspired the Sunrise Movement, now has its endorsement 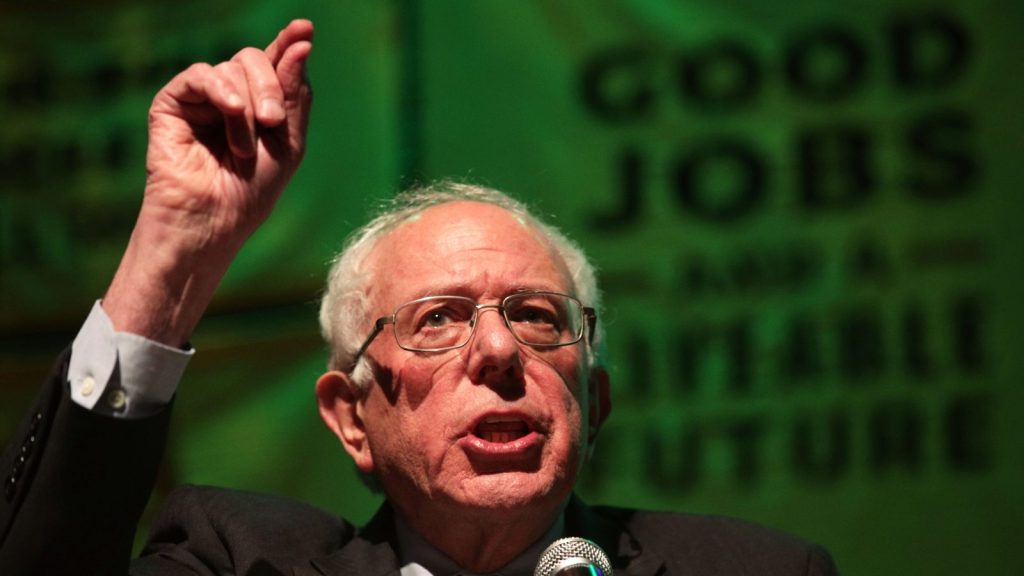 Bernie Sanders inspired the Sunrise Movement, now has its endorsement

Sunrise Movement, the group of young climate activists who helped catapult the Green New Deal onto the national stage last year, is feeling the Bern. The organization used its oodles of Gen Z social capital to endorse Senator Bernie Sanders for president on Thursday.

In a statement, Varshini Prakash, the group’s executive director, said she believes a Sanders presidency “would provide the best political terrain” for Sunrise to accomplish its mission of enacting a Green New Deal. It’s no surprise that an organization founded by young adults inspired by Sanders’ presidential run in 2016 would throw its support behind the candidate. But the results of a survey of thousands of the group’s members, published Thursday, made it clear that the group is united behind the Vermont Senator.

Sunrise, which is comprised of a national leadership team and a series of autonomous “hubs” located across the country, started the process of endorsing a candidate last November. The six-week-long undertaking allowed the group’s 10,000 members to cast votes on two questions: should Sunrise endorse a candidate, and who should that candidate be? Eighty-five percent of its members voted in favor of endorsing, and 76 percent voted in favor of Sanders — a decisive victory by any measure. Senator Elizabeth Warren got 17.4 percent of the vote, and the remainder was split primarily among Pete Buttigieg, Andrew Yang, and “no preference.”

Sanders, who was the first candidate to unveil a climate change proposal actually called the Green New Deal, said on Thursday he was “honored” to receive Sunrise’s support. But he’s not the only candidate with a vision for a progressive climate action plan. Warren also has a plan called the Green New Deal and has been endorsed by one of the architects of Congress’s Green New Deal resolution, and all of the Democrats running for president have said they support the general idea of a Green New Deal. “I’m grateful for @SunriseMvmt’s leadership in this fight,” Warren, who clearly is not a sore loser, wrote on Twitter shortly after the group announced its endorsement of Sanders.

Regardless of how committed other candidates say they are to progressive proposals like the Green New Deal, Sanders’ seniority on these issues has made him a magnet for endorsements from progressive groups like Dream Defenders and People’s Action. Most importantly perhaps for the young members of Sunrise Movement, Representative Alexandria Ocasio-Cortez, cosponsor of the Green New Deal resolution that was introduced in the House and rejected by the Senate last year, endorsed him in October.