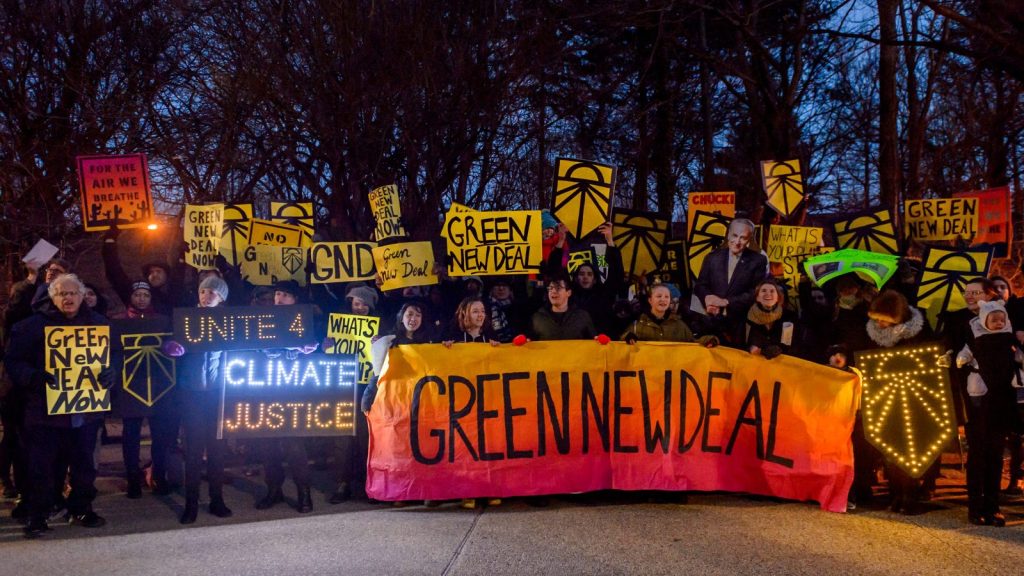 This story has been updated to include comments from Extinction Rebellion and clarify a comment from a Sunrise Movement Colorado representative.

A couple of days ago, Colorado Public Radio reporter Michael Elizabeth Sakas got an eyebrow-raising press release from the Sunrise Movement, a youth climate-activism group that rose to prominence with sit-ins in politicians’ offices. Supposedly Denver Mayor Michael Hancock was going to apologize for the fact that an oil company was one of the sponsors of a sustainability conference he hosted this week.

When Sakas asked for more information, Sunrise shared a statement on what appeared to be City of Denver letterhead that seemed to back up the claim. But it was a fake: The Sunrise Movement had written the letter and lied to journalists.

During an on-the-record conversation with @CPRNews, Sunrise explained to me that Mayor Hancock would be passing out this letter to the audience. (5/) pic.twitter.com/hEcfdMn69L

The national leaders of the Sunrise Movement said they hadn’t known anything about the misinformation tactic ahead of time. In an email, Sunrise Movement spokesperson Sofie Karasek said, “As a decentralized grassroots movement, hubs are autonomous from us and do their own thing.”

It’s the first known example of Sunrise attempting to spread false information. Sakas noted that earlier this year, the Colorado branch of Extinction Rebellion, an international climate activist group that employs non-violent protest as its primary tactic, claimed that Governor Jared Polis had declared a climate emergency. (In reality, the Colorado legislature was holding a hearing about climate change, shortly after Governor Jared Polis rolled out a plan to go 100 percent renewable and signed 11 carbon-slashing bills.)

“We are obviously in a climate emergency (according to 99.9% of scientists) and we still have governments refusing to admit it or act as if the truth is real,” a spokesperson for Extinction Rebellion in Denver, Dave Robinson, said.

Here’s what happened, according to Robinson: “Right before the start of the event, Coyote, another XR activist, took the podium and made a prank official announcement that the governor had declared a climate emergency. He then left the stage while the audience applauded wildly. The event then continued, and the event staff, the host, and the governor did not correct the announcement.”

CBS Denver fell for the lie, and repeated it in a newscast. Climate activists are still asking Polis to declare a “climate emergency” and act to stop oil and gas drilling in Colorado. On Friday, members of the Sunrise Movement held a sit-in in his office.

In a statement, Conor Cahill, a spokesperson for the governor, said that, while he understood the activists’ passion, “false information is not an appropriate pathway toward furthering the conversation about solutions to the economic and moral threat of climate change.”

Jonathan, an Extinction Rebellion coordinator in the United Kingdom, where the movement is headquartered, said he didn’t know about the specifics of what happened in Colorado because the organization is “completely decentralised.” (First-names-only on emails is an Extinction Rebellion norm.) But he added: “XR tells the truth, so we certainly would not encourage or condone putting out false information.”

Morgan Anker, a representative of Sunrise Colorado, rationalized her group’s fake letter from Denver’s mayor by comparing it to other left-wing pranks. “The tactic was very much inspired by the group the Yes Men,” she told the local radio station KGNU. “They are famous for different actions impersonating fossil fuel executives.”

There are plenty of examples, like the Yes Men, of people dissembling to achieve political objectives — or just for fun. It’s the basis of Sacha Baron Cohen’s career, and the foundation of the prank-video genre. But there’s an obvious consequence for playing with the truth: loss of trust. Journalists may now scrutinize any information coming from these activist groups more closely before reporting it.

Michele Weindling, a coordinator with Sunrise Colorado, told Colorado Public Radio that she was aware of the risks: “That was something that we grappled with, because our relationships with the media are really important to us.” But she said the results are worth it.

The deceit might have gotten the group more attention than sending out truthful press releases would have — but it might not be the kind of media attention these activists should want. Instead of regarding these disinformation tactics as a kind of artsy prank, people concerned with the disintegrating norms of honesty could place these actions on a spectrum with fake news from Russia and falsehood-filled Trump-tweets.