Colorado voted to bring back wolves. Why was the race so close? 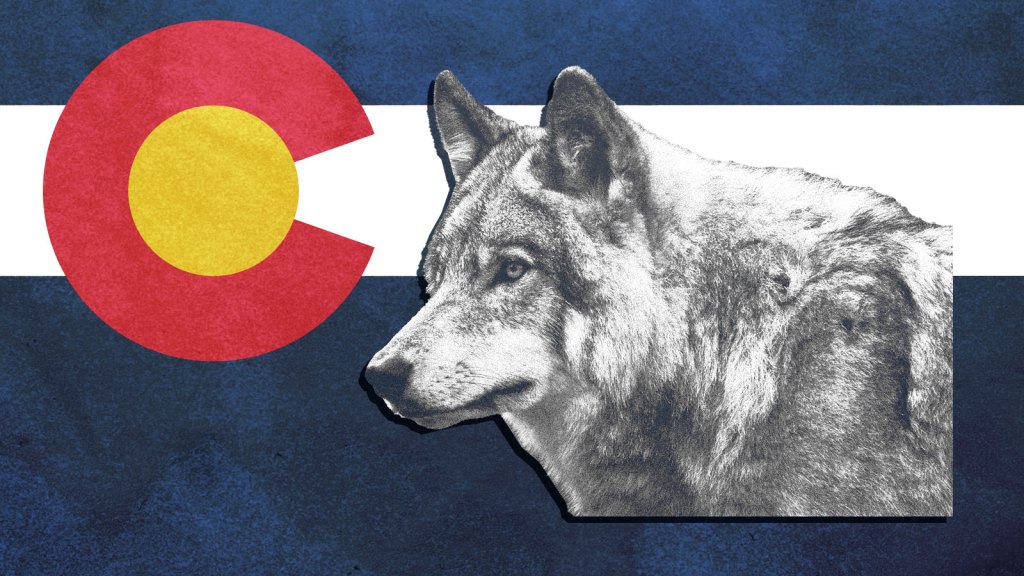 Colorado voted to bring back wolves. Why was the race so close?

The presidential election was deemed a “nail biter,” with the outcome teetering on a “razor’s edge” for days after the ballots were cast. But in Colorado, where Democrats claimed a decisive victory for Joe Biden and newly elected senator John Hickenlooper, voters were biting their nails for another reason: wolves.

On the ballot this year was Proposition 114, a historic measure that would require Colorado officials to restore and manage gray wolf populations in the western portion of the state. But while a 2019 survey of Colorado voters indicated overwhelming support for the initiative, with 84 percent of respondents saying they would vote in favor of it, the results show a different story. As of Friday afternoon, the state election site was reporting a 50-49 split, with a little more than 33,000 votes tipping the odds pro-wolf.

Two groups opposing the measure conceded the race, and Colorado Parks and Wildlife announced it would begin creating a plan to carry it out. But why did a seemingly sure bet turn out to be the most divisive issue on the ballot?

“Clearly something happened in the past year or so,” said Rebecca Niemiec, a social scientist who studies the human dimensions of natural resources at Colorado State University and led the 2019 research on the ballot initiative.

A decision to reintroduce wolves has never been put to the public in the U.S. before. Past efforts to restore wolf populations in the Northern Rockies and other parts of the country have been managed by the federal government under the Endangered Species Act. But after almost 25 years of failed attempts to convince federal and state officials to help the species return to Colorado, wolf restoration advocates like Rob Edward turned away from the government and secured enough signatures to put the question to the populace.

“It’s kind of a Hail Mary. If we lose, that’s the game,” said Edward, president of the Rocky Mountain Wolf Action Fund, recalling his early thinking behind the ballot measure.

Gray wolves once roamed throughout North America but were hunted to near extinction in the 20th century. They were protected under the Endangered Species Act in 1973 — a designation recently reversed by the Trump administration — and today occupy only about 15 percent of their former range in the lower 48 states.

In bringing gray wolves back to Colorado, Edward and other advocates dream of creating a connected corridor for the species in the Rockies stretching from the high Arctic all the way to the Mexican borderlands. Increased predation from wolves on elk and deer, he said, will come with a bounty of trickle-down ecological benefits, like more vegetation that attracts beavers, which will in turn engineer wetlands that create better habitat for trout and other species.

But the prospect of a wolf reintroduction has long worried many of the state’s ranchers, who fear attacks on livestock, and hunters concerned that elk and deer populations will dwindle. Though the wolf management plan proposed in Proposition 114 is required to include compensation for lost livestock, Bill Fales, who raises cattle in Carbondale, Colorado, and grazes them on U.S. Forest Service land, said he’s heard from ranchers in other states with wolf compensation programs that it can be hard to give sufficient proof to authorities to collect the money. He’s also afraid that the stress of having wolves around will cause his cattle to lose weight, hurting his bottom line.

To Fales, that’s not just a problem for his family. If ranchers are pushed out of the state, he said, “there’s a zillion consequences for all of Colorado. I think we provide a lot of good scenery, a lot of clean air, a lot of biodiversity. We’re growing an awful lot of plants that suck up carbon dioxide and release oxygen.”

Complicating things further, the science behind each side’s claims is contentious. Multiple studies have confirmed the ecological benefits of wolf reintroduction, but some researchers question whether other factors besides wolves were also at play. Data on impacts to livestock is inconsistent, with verified kills relatively low, but self-reported kills and indirect losses — like Fales’ concern about weight loss — are higher.

Emotions run high around the issue. Niemiec said wolves symbolize deeper, societal-level debates over changing values and cultural trends. The ballot initiative was largely decided by people in growing urban centers like Denver and Boulder, rather than those in rural areas that will live closest to the predators. In response to that imbalance, Edward said that 70 percent of Western Colorado is public land. “People in other places have the same right to say what goes on there,” he said.

Along those lines, wolves also bring up long-standing conflicts over how public lands are used. Whereas advocates talk about restoring the balance of ecosystems, preserving wilderness, and correcting a past wrong, Fales thinks those concepts are fantasy.

Last time there were wolves in Colorado, the human population was a fraction of what it is today, he said. “Things are radically, radically different. We have interstate highways and roads, trails, all over throughout the federal lands. You can’t turn back the clock and go back to the Garden of Eden.”

Despite the controversy, several surveys dating back to 1994 all found majority support for wolf reintroduction in Colorado. Niemiec acknowledged that surveys are just one way to look at public opinion and don’t always perfectly correlate with voting behavior. She offered a few hypotheses for what led to Tuesday’s razor-thin margins: For one thing, she and her coauthors observed a trend of media coverage in 2019 that gave more space to anti-wolf than pro-wolf arguments, and said that could have continued leading up to the vote.

Niemiec also cited an event in early 2020 when a pack of six wolves was spotted in Northwestern Colorado. Opponents to restoration argued this was evidence that wolves would eventually return to the state on their own, while advocates countered that there would not be enough unrelated wolves to create a stable population.

There’s no doubt that the global pandemic also affected the outcome. It’s possible voters lost enthusiasm for the plan after seeing that the governor’s office expects the state to operate on a deficit through 2023. Edward said the pandemic inhibited his team’s ability to do fundraising and fieldwork to raise support for the measure.

But he also said there was an 11th-hour, deep-pocketed push by the opposition. Campaign finance records show that an issue group called Coloradans Protecting Wildlife listed as being opposed to the wolf measure spent about $100,000 on advertising between October 15 and 28. Another group called Stop The Wolf Pac received more than $100,000 in contributions during that time, and Edward suspects its next filing will show that that money was spent on advertising as well. Edward’s group, the Rocky Mountain Wolf Action Fund, spent roughly $74,000 on advertising during the same period.

Tight margins or not, Edward and his allies have prevailed. The ballot initiative directs the Colorado Parks and Wildlife Commission to create a plan to reintroduce wolves, hold public hearings to gather input on the plan, and update it accordingly. It sets a mandate to get paws on the ground by the end of 2023. Past efforts to reintroduce wolves, like a famous project in Yellowstone National Park in the 1990s, involved capturing the creatures from healthy populations in Canada and relocating them.

Moving forward, Niemiec said it’s critical that all stakeholders are engaged in contributing to the plan in a meaningful way. “These types of divisive issues can really contribute to the urban-rural divide,” she said. She and other academics, as well as several tribal council leaders, put together a policy brief with guidance for the public officials who carry out the ballot initiative. Their recommendations include hiring third-party facilitators and putting a focus on building empathy between groups. “The fact that the race is so close just speaks further to the need to engage diverse voices meaningfully.”