Democrats: Coal country is just not that into you 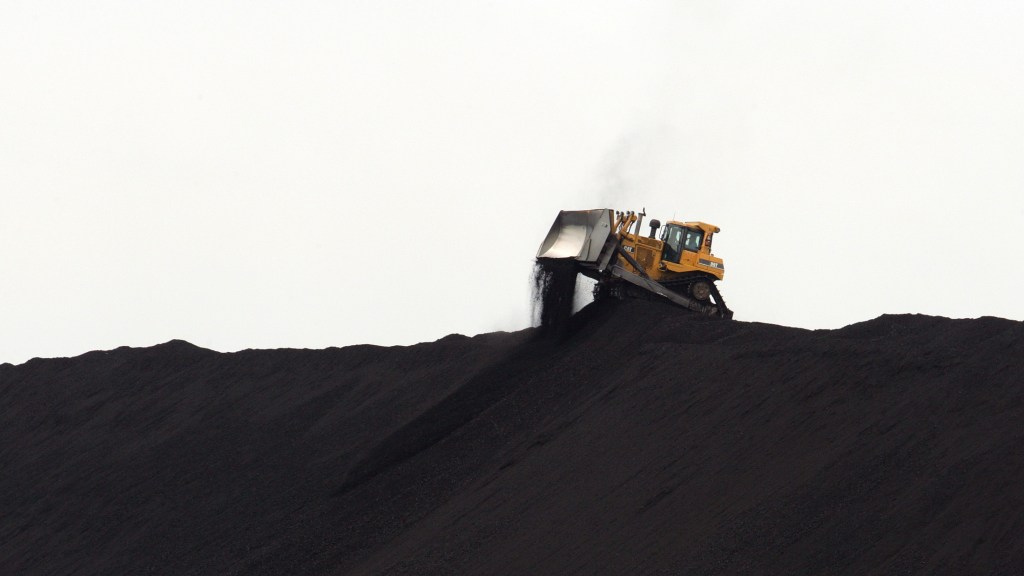 Democrats: Coal country is just not that into you

Energy and climate have always been tricky issues for the Democratic Party, which has traditionally relied on support from regions of the country that either mine a lot of coal or get most of their electricity from coal. Conservative “coal-state Democrats” often break from their party on air and water regulations (among other things). As for climate, well, remember when Joe Manchin shot that bill?

But coal country has been drifting away from Dems for years. Nate Cohn offered an interesting analysis of this dynamic back in June. He notes that coal counties in western Pennsylvania, West Virginia, and Kentucky were loyal to Dems for 80-some years, ever since the New Deal, until around 2000 and 2004. That’s when modern culture-war issues pulled those mostly white, mostly rural, mostly conservative voters over to their natural new home in the Republican Party (part of the broader polarization at work in America).

Obama’s presidency has sealed the deal. He pushed cap-and-trade, EPA became active again, the Tea Party sprang up, and Obama was, y’know, black. Combined, says Cohn, it has “drained seemingly every remaining ounce of Democratic support” from coal country.

The damage is mostly done. The thing is, it hasn’t hurt Dems much in presidential elections, where they have “built an alternative path to victory with large margins in diverse, well-educated metropolitan areas, like Northern Virginia, Denver and Columbus, Ohio,” Cohn writes. “Additional losses in coal country haven’t changed this because the areas don’t have enough voters to make a difference in battleground states.” [my emphasis]

Another analysis from Coral Davenport found:

Between 2008 and 2012, the coal industry nearly quadrupled its political contributions, directing 90 percent of its money towards Republicans. But Obama still won comfortably in the four key swing states that produce the most coal: Virginia, Colorado, Pennsylvania, and Ohio. Thanks to a recent boom in cheap natural gas—which has brought with it a boom in domestic manufacturing—coal is a smaller piece of the economy than it once was. According to the Bureau of Labor Statistics, there are only 84,000 people employed in the coal-mining industry—a number that just isn’t enough to make a difference in a national election. [my emphasis]

Coal country is lost to Dems, and they don’t need it.

You might think this would lead the party to rethink some of its strategies. Since “diverse, well-educated metropolitan areas” tend to like clean air and clean energy, perhaps Democratic leaders might conclude that the possible gains in solidifying, activating, and expanding that base outweigh the danger of hastening the loss of what little coal country remains blue. But there’s a clutch of Dems in the Senate, some from states where coal is economically marginal, who are still reliably loyal to coal, as a kind of culture-war gesture to their more conservative constituents. They are few in number but large in influence; to give them cover, the party as a whole mutes its opposition to coal and its commitment to climate action.

It’s fair to ask: How’s that loyalty to coal working out for them?

Over at SNL, Corbin Hiar has done a fantastic bit of analysis on just this question. First he examined voting records to determine the most coal-friendly Dems up for reelection this year. The winners were Mary Landrieu of Louisiana and Mark Pryor of Arkansas, “the only Senate Democrats running for reelection who have voted with the coal industry more than half the time since 2008.”

Landrieu has voted with Big Coal 80 percent of the time in the last four years, while bashing the EPA and sponsoring coal-friendly bills. It’s somewhat mysterious; coal mining is a minor part of Louisiana’s economy and the state gets more power from natural gas than coal. Landrieu’s coal advocacy could even be seen as contrary to her state’s best interests. But it is steadfast.

Pryor, who has voted with the coal industry “60% of the time, a rate similar to centrist Republican Sens. Lamar Alexander of Tennessee and Susan Collins of Maine,” at least comes from a state that has become substantially more coal-power dependent over the last 10 years or so. That short-sighted bet means the state is vulnerable to pollution regulations.

So how has the industry shown its gratitude to these powerful long-time allies? Hiar checked data gathered by the Center for Responsive Politics, a money-in-politics watchdog group.

[T]he coal industry heavily favors Landrieu’s main opponent, Rep. Bill Cassidy, R-La. In less than two years, he has received $25,550 from coal mining interests. That is well more than double the $9,900 in contributions Landrieu has gotten from them since she was elected in 2008.

D’oh! And to add to the indignity, despite her even more vigorous shilling for oil and gas as chair of the Senate Energy Committee, oil and gas executives are now, ahem, “soul searching” over their support for her.

[T]he coal industry has thrown the vast majority of its support behind Pryor’s Republican challenger, Rep. Tom Cotton. Since the 2012 elections, coal mining interests have shoveled $57,500 into the first-term congressman’s campaign chest. In six years, the two-term senator has only collected a comparative dusting from the industry: $9,700.

Coal executives understand one of the basic truths of the partisan age: Most of what you need to know about a politician can be derived from the (D) or (R) after their name. As the parties become stronger and more parliamentary, a reliable vote matters more than an individual candidate’s opinions or character (or even committee rank).

After all, polarization is happening on both sides. As conservative Dem senators lose in red states, Senate Democrats are becoming more unified. For Big Coal and the kind of people who feel cultural solidarity with it — the guys “rolling coal” — the choice between a coal-friendly Dem or one step closer to a Republican majority is easy. They’d be crazy not to go for the latter.

That’s why, in Kentucky, the widely loathed Mitch McConnell (R) is nonetheless set to beat challenger Alison Lundergan Grimes (D) despite her protestations of love for the coal industry (and her vigorous, nay comical, efforts to distance herself from Obama). In Kentucky, there’s more coal country than “diverse, well-educated metropolitan areas.”

Meanwhile, in Virginia, Democrat Mark Warner is solidly ahead of Republican challenger Ed Gillespie. Why? Because “diverse, well-educated metropolitan areas” in the north of the state have more voters than the coal-mining country in the southwest.

The risk of letting coal country go has always been that Dems will lose the Senate. And it looks like this year they probably will. That’s going to suck.

But Democrats’ real problem, laid out clearly in this must-read piece from Sasha Issenberg, is not that they haven’t tried hard enough to hang on conservative coal voters. It’s that 127 million Americans vote every four years in presidential elections while only 78 million vote every two years, in midterms and other off-year elections. Guess which ones stay home? Yes, the “young and diverse, urban and mobile” voters who send Democrats to the White House.

Lacking any particular clue about how to cajole those fickle voters to the voting booth in off years, Democrats have generally had to tack right to capture the more conservative voters who do make it to the polls. That strategy is no longer working, but as Issenberg writes, it is now more practical to drag those unreliable Dems to the voting booth. The science of voter mobilization has advanced by leaps and bounds. It’s now clear what needs to be done: “Raise the dollars and secure the volunteer commitments. Then go and turn out those who are already on your side but won’t show up without a friendly nudge.” It’s money and people power that can can make Dems competitive in midterms. They don’t have to roll coal.

At some point, Dems have to make the inevitable pivot and embrace the coalition they have, the one that’s growing, rather than the shrinking coalition they have all but lost. They have to listen to the hopes of the young people, minorities, single women, and educated professionals who vote for them rather than the fears of the rural whites who no longer do. They have to stop paying ritual obeisance to coal and take up the fight against climate change in earnest. Their new coalition wants progressive action.