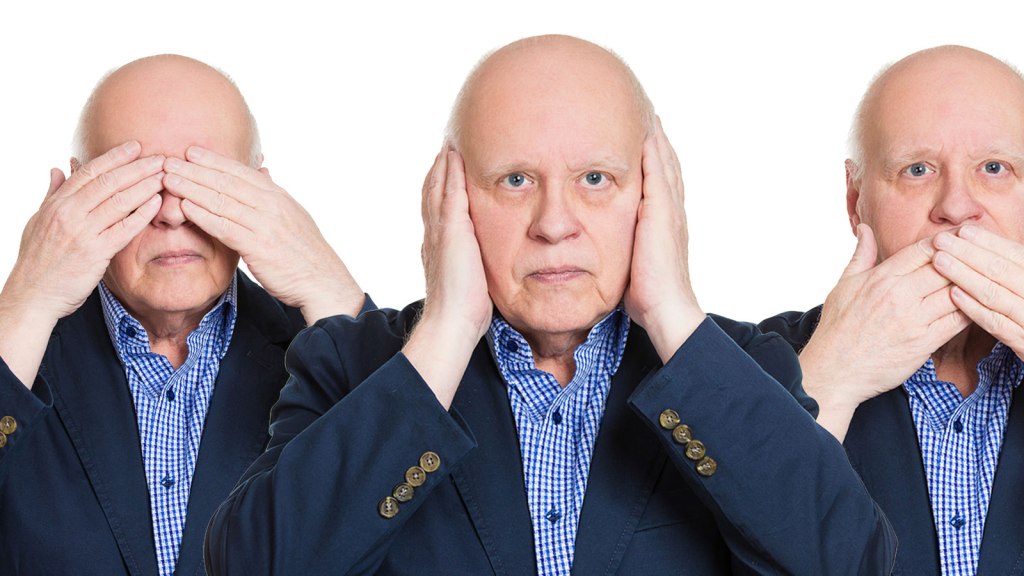 Grist recently had the pleasure of hosting a lunch chat with activist and author George Marshall, who’s touring in support of his new book, Don’t Even Think About It: Why Our Brains Are Wired to Ignore Climate Change. It’s about the myriad instincts, risk (mis-)assessments, biases, blind spots, and outdated heuristics that make humans so ill-equipped to deal with an abstract, distant problem like climate. We discount future risks, we ignore threats with no faces, we disregard evidence that conflicts with our tribal loyalties, we suffer status quo bias, and so on. Folks in the climate communication biz will be familiar with a lot of the material — I’ve written bits and pieces about it over the years — but for those new to the topic, the book’s a fantastic, if slightly depressing, introduction to the social and psychological science involved. It also has helpful tips at the end for avoiding a lot of the familiar mistakes climate yakkers make.

One thing I quibbled with Marshall about is the Tea Party. Like many people who spend their time puzzling over communications challenges, Marshall is convinced those challenges can be overcome. Specifically, he is convinced there is some prospect of communicating to the conservative base in a way that moves it to concern and action on climate change. I disagree. We even have a friendly bet on it, though I’m not quite sure how to define the terms.

Marshall’s suggestions are sensible: find spokespeople within the movement to do the talking; frame things in terms of values like conservation, purity, and loss-aversion; avoid divisive, hot-button topics like cap-and-trade. My contention is simply that the tribe is too far gone. No amount of skillful, careful communication is sufficient to fight the tidal forces pushing in the other direction.

I won’t settle the argument here, of course, but I will offer a few illustrative data points that emerged while I was on break. Taken together, they paint a portrait of impenetrable epistemic closure.

First, I give you the practice of “rolling coal.” Dave Weigel explains:

For as little as $500, anyone with a diesel truck and a dream can install a smoke stack and the equipment that lets a driver “trick the engine” into needing more fuel. The result is a burst of black smoke that doubles as a political or cultural statement—a protest against the EPA, a ritual shaming of hybrid “rice burners,” and a stellar source of truck memes.

“I run into a lot of people that really don’t like Obama at all,” said one seller of stack kits from Wisconsin. “If he’s into the environment, if he’s into this or that, we’re not. I hear a lot of that. To get a single stack on my truck—that’s my way of giving them the finger. You want clean air and a tiny carbon footprint? Well, screw you.”

If he’s into this or that, we’re not. You want clean air? Screw you.

America’s 11 million diesels—buses, trucks, trains, ships, and construction equipment—emit pollutants that lead to 21,000 premature deaths each year and create a cancer risk that is seven times greater than the combined risk of all 181 other air toxics tracked by the EPA.

Diesel pollutants, unlike carbon dioxide, are local. The asthma and cancer these guys are spreading are not afflicting coastal liberals, but the very rural communities they call home. They are effectively punching themselves and their families in the face because Obama said face-punching is bad.

As Melissa Dahl notes on New York magazine’s (excellent) new blog Science of Us, this, like so much of recent American politics, can be explained through the panic of rural white men who are losing cultural power. As “Real Americans” become more and more of an inward-looking, revanchist cult, they increasingly define everything outside their bubble as one giant lump of evil. (See: Glenn Beck’s whiteboard.) Rush Limbaugh calls it the “Four Corners of Deceit: Government, academia, science, and media.”

Can you communicate climate without any reference to government, academia, science, or the media? Can you convince people like this to agree with Obama on something? Doubt it.

Second, I give you North Carolina, where a government-sponsored scientific report revealed that, by the end of the century, oceans would rise up to 39 inches and the Outer Banks would be under water — an economic and cultural cataclysm for the state.

Galvanized by the threat, the Republican-controlled legislature … threw out the forecast.

The state’s new Republican governor appointed a new coastal commission chairman, Frank Gorham, an oil and gas man who announced this spring that the new forecast would be limited to 30 years.

These are people who literally close their ears to the news that their own homes will be underwater, because that news is upsetting. Can you communicate climate change without mentioning the damage it will do? Doubt it.

Finally, I give you popular far-right commentator Erick Erickson. This is what he said about climate change in the wake of the latest IPCC report:

Frankly, I think global warming is a religion of a secular left that rejects the God of creation in favor of worship of creation. I think many of those involved in the science of global warming oppose capitalism in general and the United States in particular. I think they are manufacturing a panic and their solutions are designed to hinder economic progress. More so, the hysteria over global warming has now increased at a rapid pace because a new breed of entrepreneur and huckster have found new ways to get rich off these idiots using your tax dollars. …

This is all orchestrated left-wing crap that a bunch of private jet setters and twitter liberals can worry themselves over. I have never once met a person who treats global warming as the most significant issue of our time and is a well adjusted, happy person. From Al Gore to the nuts on Twitter who’ll fill up my timeline in outrage over this, they are maladjusted, angry people in need of prayer to a realer God than Gaia.

Let the seas rise. Let the wind blow. We can adapt. And in another decade we can all wonder where the heat went as things cool down.

The hysteria and fretting and name calling and guaranteed angry, hysterical reaction to this post are as predictable as they are nonsensical.

We are all going to die. Just not today.

And in the meantime, I simply do not care about this issue.

This is far-right boilerplate, ubiquitous in the Fox/talk radio bubble, recited so many times it’s like an incantation. If someone from within the Tea Party approached Erickson’s readers and argued that climate change should concern conservatives, what would likely happen? Would these aging, resentful white men pluck this one issue out of the lump of evil and change their minds about it? Would they say, “Oh, well, I guess we were wrong about the science hoax and the elitism and the anti-capitalism and the godlessness; I guess we agree with liberals on this after all”? Or would conservatives expel the heretic who had strayed from the faith? If only history had something to teach us on this question …

You get the point.

What leads Marshall (and many others) to believe that we can reach these people? I see three things going on.

1. Marshall is from the U.K. Those who don’t spend a lot of time following the nitty-gritty of American politics — including, obviously, lots of Americans — don’t have a good sense of just how crazy the right has gone. They kind of vaguely get it, but they don’t really get it, and lots of them don’t want to get it, because getting it leads to some dismal conclusions about U.S. politics. They still have that “extreme partisans on both sides, sensible people in the middle” model in their heads and excessive exposure to actually existing Republicans explodes that model.

2. People who study communications run across all sorts of studies, surveys, and polls in which people are isolated in a room and fed a stream of messages. They respond positively to some of them. Researchers then conclude that those messages will work in the field.

But in the field, people aren’t isolated in a room and they’re not exposed to one message at a time. In the field, people are always and already in a cultural context, where messages fight it out with counter-messages and alternative framings. It’s a battlefield, not a lab. Tea Party folk tend to live in homogenous communities and are immersed in a ubiquitous set of beliefs and tropes, shared by their peers, their media, and their leaders. Separating one issue from the rest of that context is just unrealistic. “Climate change will affect your hunting” might worry a hunter who’s responding to a survey, but what happens when he’s no longer a “hunter” but just a conservative in a conservative community? The counter-messages — science hoax, global government, etc. — will utterly swamp that signal. There are lots of people with lots of money and lots of media dedicated to turning conservatives against climate concern. Even if climate communicators could find some promising messages, where is the money and power they need to get them in front of conservatives in the face of concerted opposition? There’s no Rupert Murdoch of climate.

3. If persuading them to “come together around shared values” (as Marshall puts it) won’t work, what’s the alternative? Well, the alternative is beating them — amassing the power to take action even over conservative objections. This kind of “divisiveness” instinctively repels Marshall and lots of folks like him, folks committed deep in their bones to the power of words and persuasion. Whatever the answer, it can’t be, in his words, “reinforcing divisions.”

It’s worth noting that conservatives share no such qualms. The conservative base has not racked up the victories it has over the last decade or two by luring liberals to their side. They believe liberals are literally trying to destroy the country. And so they want to destroy liberals. To win. To achieve their policy goals, not make friends. They destroy heretics on their side and refuse, absolutely, on principle, to cooperate with or budge for the other side. And they’ve been remarkably successful.

The idea of liberals or climate hawks becoming similarly ruthless and instrumental horrifies lots of folks. So they pin their hopes forever on the vanishing chance that people who think bike paths are a U.N. plot will some day come around. But I don’t care how sweet you talk — they won’t.