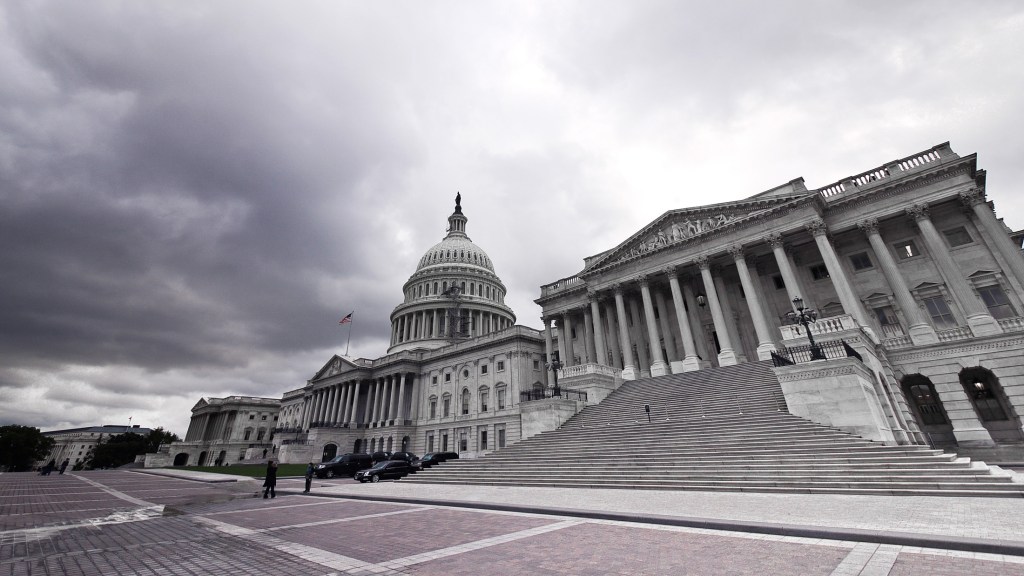 In an atmosphere of gridlock and partisan polarization, politicians in both parties produce legislative proposals while fully aware that they are wasting their time. Such was the case with the House of Representatives’ latest flurry of activity this week.

To celebrate what they called “Stop Government Abuse Week,” the Republican majority in the House passed a series of bills Thursday to muck up the regulatory process. Collectively, these bills would have an enormous negative impact on the EPA. Among all the other environmental regulations they would inhibit, they would prevent the forthcoming CO2 rules for power plants from being anywhere near as strong as they otherwise could and should be. Republicans don’t want to go on record voting to repeal the Clean Air Act and Clean Water Act, as that would be unpopular, so instead they would render the laws meaningless. Environmental groups such as Earthjustice and the Natural Resources Defense Council are horrified. Before the bills even passed, they signed a letter of protest in coalition with labor unions such as the AFL-CIO and consumer advocate groups like Public Citizen.

Here is a brief summary of what each of the bills would do to impede agencies from enforcing laws Congress has already passed:

1. All Economic Regulations are Transparent (ALERT) Act. Would institute a bunch of time-wasting reporting requirements on agencies as they promulgate rules. For example: “Prohibits a rule from taking effect until the information required by this Act is posted on the Internet for not less than six months.”

2. Regulatory Accountability Act. Would require agencies to conduct estimates of all the “indirect” costs and benefits of a proposed rule and to choose the least costly rule possible. It would then allow industry groups to sue if they think the rule was not the least costly. “The legislation has no definition of what constitutes an indirect cost, or doesn’t, so there are no bounds,” says Amit Narang, regulatory policy advocate at Public Citizen. “Agencies would be on a goose chase because of that ambiguity.” This could lead to some pretty perverse and anti–free market outcomes. For example, if a rule incentivizes companies to shift their regulatory compliance paperwork online, that could be construed as imposing an indirect cost on paper companies that would lose business. This, of course, is technically true but completely at odds with a free-market approach that accepts there will be winners and losers from technological innovation. The least-costly provision could lead to rules so weak as to be utterly toothless. “Courts have found that the least costly manner of regulating asbestos could mean just providing warnings of the dangers of asbestos as opposed to actually removing it,” notes Narang. “Based on the history of adopting the least costly regulations to industries, they end up being the most costly to public safety and the environment.”

3. Regulatory Flexibility Improvements Act. Would expand the Small Business Administration’s mandate to review proposed regulations. Currently that mandate applies to rules by the EPA, the Occupational Safety and Health Administration, and the Consumer Financial Protection Bureau that would affect a large number of small businesses. Under this bill, it would apply to all regulations produced by almost all regulatory agencies. Proposed rules would have to go before a Small Business Review panel, where the playing field is tilted in the industry’s favor and no outside experts or environmental advocates are present — a process that would delay and water down regulations. Ironically, while Republicans purport to oppose wasteful bureaucracy, this would erect a massive new bureaucratic process.

4. Sunshine for Regulatory Decrees and Settlements Act. Currently, if an agency like the EPA fails to meet a deadline for issuing a regulation called for by a law, the mechanism for enforcing the law is for advocates to sue the agency for violating it. To avoid a costly legal process, the agency may settle the suit and agree to a timeline for completing the regulation. Republicans often see these legal settlements as a form of collusion between agencies and advocates, so they want to put a stop to them. This bill would impose a bunch of barriers to reaching such agreements, especially under Republican administrations. For example, it would require the attorney general to certify to the court that any consent decree does not violate a host of conditions.

5. Unfunded Mandates Information and Transparency Act. Ironically, this one would create a bunch of unfunded mandates — but they would be mandates on federal agencies instead of states or private businesses. The specifics are too boring to go into, but basically it would require agencies to provide more reports on the financial impact on businesses and states of regulations and give businesses more opportunities for input.

It’s tempting to laugh this off as just another Republican exercise in daydreaming, like the 7,000th vote to repeal Obamacare. But political analysts are giving even odds that the Senate will fall into Republican hands this November. These bills are a preview of what the GOP will do if it can. “We don’t see any indication that a Republican Senate wouldn’t pursue this dangerous and radical legislation,” says Narang. “We can’t count on the Senate playing that responsible role forever and maybe not even beyond this year.” If Obama faces a hostile Senate as well as House, he will have to give in on some things just to keep the government running. And then if a Republican wins the presidency in 2016 — watch out.