Fracking fight headed for the ballot in Colorado - Grist 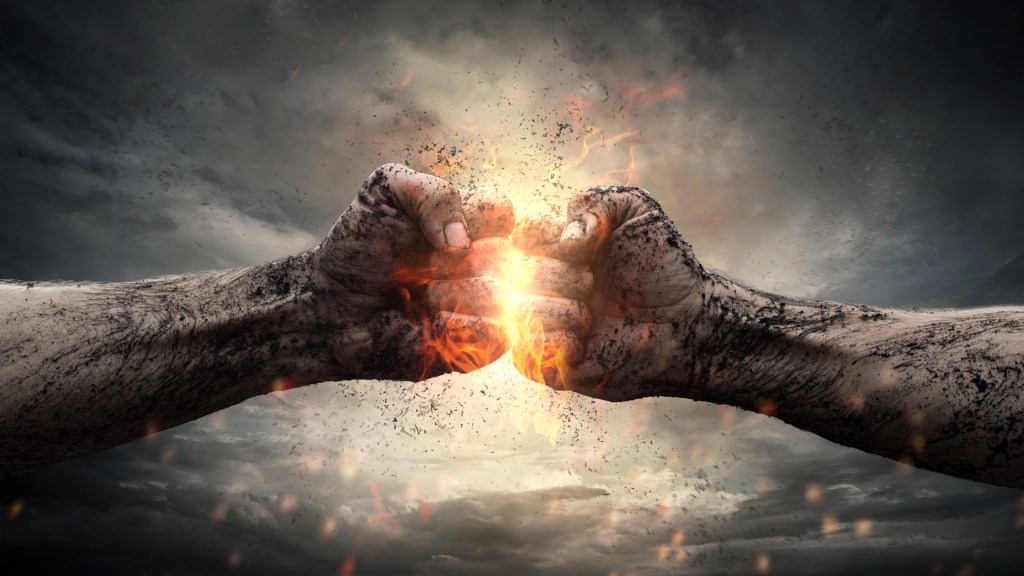 Fracking fight headed for the ballot in Colorado

Colorado voters will likely get a chance to weigh in on fracking in November — and that puts Democrats on the ballot in a tight spot.

The fracking boom has bolstered Colorado’s economy, and twisted its politics. Even many Democrats advocate for oil and gas interests, including Gov. John Hickenlooper and Sen. Mark Udall, both of whom are up for reelection this year. But many people living near the wells complain of contaminated air and water, noise, health problems, and other adverse effects.

As Colorado cities have begun trying to ban fracking, the state government has sued them, arguing that only the state has that authority. Rep. Jared Polis (D), whose congressional district includes many of those communities north of Denver, is spending his own money to promote a ballot initiative to outlaw fracking less than 2,000 feet from a residence, up from the currently allowed 500 feet. The gas industry says that would amount to a fracking ban in many areas. Polis is also supporting an initiative that would make more stringent local environmental regulations override conflicting weaker state rules, which could allow communities to outlaw fracking.

Hickenlooper and other state lawmakers were trying to broker a legislative compromise that would keep the initiatives off the ballot. The governor’s proposal would have placed some additional restrictions on fracking but made it clear that localities couldn’t ban it altogether. But last week, the negotiations fell apart and Hickenlooper announced that there would be no special summer legislative session to pass a fracking bill. Polis then declared that he will move forward with collecting the signatures needed to place his proposals on the ballot.

Environmental activists expressed relief that no deal was reached in the legislature, saying that the proposal under consideration would not have allowed for enough local control. “I have no idea why Polis thought the proposed legislation was an acceptable ‘compromise,’” says Lauren Swain, a Coloradan who works with the Rocky Mountain chapter of the Sierra Club. “It made all the community rights to self-protection that it granted subject to operational conflict with the state and to the interests of the industry. It gave and it tooketh away, subjecting every local regulation or moratorium to more lawsuits.”

Perhaps the reason Polis was open to such a bill is because he, like most other Colorado Democrats, supports fracking in principle. In his statement Wednesday, Polis said, “My one goal is to find a solution that will allow my constituents to live safely in their homes, free from the fear of declining property values or unnecessary health risks, but also that will allow our state to continue to benefit from the oil and gas boom that brings jobs and increased energy security.”

Hickenlooper opposes both initiatives, as does Udall, who issued the following statement: “I oppose these one-size-fits-all restrictions and will continue working with all parties — including property owners, energy producers, and lawmakers — to find common ground.”

The presence of the initiatives on the ballot is generally seen as disadvantageous for Democrats up for election like Hickenlooper and Udall — not because most Coloradans disagree with the Democrats’ positions on the issue, but because it would spur the oil and gas industries to reach into their deep pockets and run ads to mobilize Republican-leaning, pro–fossil fuel voters. Industry groups could dump $50 million into the state to kill the initiatives.

Colorado Republicans are also eager to capitalize on fracking as a potential wedge issue. Whereas Hickenlooper and Udall speak of the need for balance between the economic upsides of oil and gas drilling and the environmental and community-level downsides, their Republican opponents are unmitigated fans of fossil fuels. Rep. Cory Gardner, who is challenging Udall for his Senate seat, complains that Udall hasn’t come out for the Keystone XL pipeline. But Udall hasn’t come out against it either — he’s just supported the Obama administration’s process of conducting a thorough review before making a decision, and he voted against a Republican measure to override the president’s authority and force the pipeline’s approval. Since Keystone XL wouldn’t even go through Colorado, it’s an especially odd attack on Udall, but Gardner clearly believes that anything short of a full-throated “Drill, baby, drill!” is a potential liability for Udall.

If enthusiastic pro-fracking voters do swarm to the polls and help defeat Udall, that could have national repercussions. Democrats are in danger of losing the U.S. Senate, and Udall’s seat is one of 10 most vulnerable Democratic Senate seats up for reelection this year, along with others in red states like West Virginia and Alaska. The Democrats need to limit their losses to five seats to retain control.

But Colorado politicians and their campaign consultants could be wrong in thinking the initiatives would benefit Republicans. A week ago, The Denver Post published the results of a poll that found the Polis-backed ballot measures would pass easily. Roughly 30,000 Coloradans work in the oil and gas industry, and many more collect royalty checks, but the state’s electorate has long been distinguished by its concern for quality of life. The oil industry’s anti-initiative ads could bring more right-wingers to the polls, but the chance to curb fracking could bring out a lot of liberal-leaning Coloradans.

It’s not often that a fossil fuel industry with such local economic clout finds itself on the defensive. (Just look at King Coal, which controls the politics in West Virginia.) But this fall, Colorado might be one of the few states to put the fossil fuel industry in check.