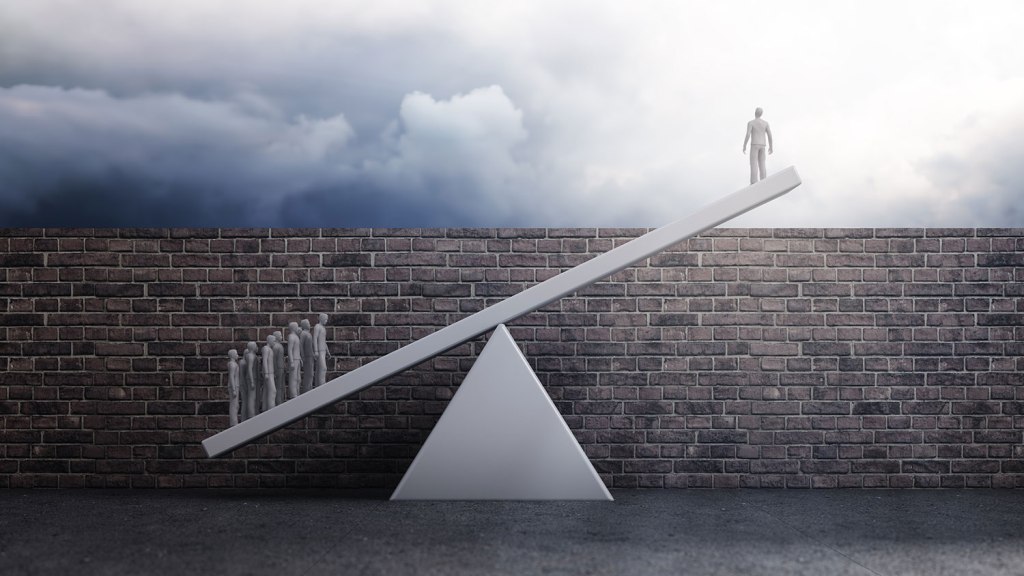 The pope’s encyclical on climate change was received with both enormous enthusiasm and criticism, reactions that will only intensify as he continues to lead efforts to solve our climate crisis and generate momentum for the U.N. Climate Conference later this year. His latest move? Inviting Naomi Klein, author most recently of This Changes Everything, to help lead last week’s Vatican conference on climate change.

The most consistent and profound message threaded throughout Pope Francis’ text is how disproportionately vulnerable the poor are to the escalating effects of climate change. Poor communities are on the front lines, particularly susceptible to induced mega-storms, droughts, flooding, and other conditions that make life even more difficult. Because of their economic instability, impoverished communities are also more easily affected by a storm that in itself is not deadly. In 1998, when Hurricane Mitch hit Honduras, the poor were disproportionately devastated; impoverished households lost 15–20 percent of their assets as a result of the storm, while the rich lost only 3 percent. This is why the environmental justice movement has long spotlighted the role of structural racism in coercing people of color and the poor into living in vulnerable areas and near the most polluted environments (landfills, industrial plants, etc.) and consequently experiencing worse health and quality-of-life outcomes.

Economist James Boyce argues that, because wealth ultimately converts into political power, a society with high levels of wealth and income inequality leaves those at the bottom less able to resist the powerful interests that benefit from pollution. That’s consistent with the environmental justice movement’s message, but Boyce takes it further by arguing, “the total magnitude of environmental harm depends on the extent of inequality. Societies with wider inequalities of wealth and power tend to have more environmental harm.”

Boyce provides two compelling pieces of evidence for his argument. The first is his study, with colleagues from the Political Economy Research Institute, comparing industrial air pollution across U.S. metro areas. The authors look at the distribution of air pollution impacts across income levels and racial groups and find that in cities where the gaps in pollution exposure between people of color and whites are larger, there tends to be much more pollution in general.

The second study Boyce conducted, with another group of colleagues, looked at environmental quality across the 50 states and asked why it’s better in some states than others. It again turns out that these variations have much to do with differences in wealth and power. “Where income inequalities were greater, where educational inequalities were greater, where the fairness of fiscal policy in terms of both the tax system and access to services like Medicaid was better, you tended to find differences in environmental degradation.” More equal distributions of wealth and power were associated with better environmental outcomes.

Boyce’s results are supported by complementary studies. Economist Jungho Baek and his coauthors also find that more equal income distribution in the U.S. results in better environmental quality in both the short and long run. Australian researchers identify similar impacts on the “stability of major systems including the social, terrestrial, water and mineral industry.”

We can imagine a variety of mechanisms for how wider disparities in economic inequality would lead to higher “quantities” of environmental degradation. One is how we make environmental policy decisions. The Reagan administration mandated that cost-benefit analysis would be the primary tool for making these decisions, like allowable use of pesticides and levels of resource extraction. The belief was, and still is, that cost-benefit analysis is always the most objective, transparent, and efficient method.

But in addition to the fact that cost-benefit analyses are often criticized for being widely inaccurate and politically motivated, benefits are often valued by the willingness to pay for environmental improvements, which is problematic. When surveyed, the rich say they are willing to pay more than the poor for keeping a landfill incinerator out of their communities. Thus, despite the fact that common sense tells us impoverished and disempowered communities would just as much like to live in a clean and safe environment as the more wealthy and powerful, cost-benefit analyses typically say otherwise. The end result is that a cost-benefit survey might recommend a higher level of allowable pollution than if the survey results were based on a more equitable population.

Precipitated by the 2008 global financial crisis, we are finally having a lively debate about economic inequality in the U.S., which, after decades of stability, has been rising for the past 30 years or so. Yet our urgent conversation about climate change and environmental quality is siloed from this broader debate. As we confront the realities of our changing climate, we must recognize that environmental devastation is a distinct byproduct of economic inequality. We need to blend these conversations and also understand that the host of policy ideas coming out of the inequality debate could play an important role in solving our current environmental crisis.

Susan Holmberg is the research director and a fellow at the Roosevelt Institute in New York. She holds a Ph.D. in economics from UMass, Amherst.