Is Elizabeth Warren a progressive leader on climate change? 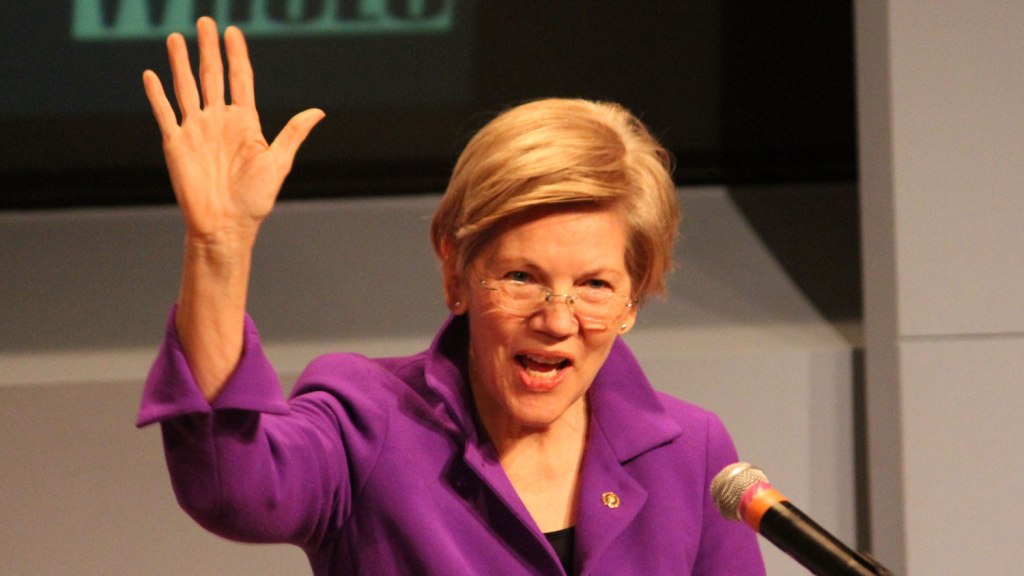 Is Elizabeth Warren a progressive leader on climate change?

It has been the dream of the Democratic Party’s left wing since her rousing speech to the 2012 Democratic National Convention: Elizabeth Warren for president. Warren has repeatedly said she isn’t running, but many progressive activists, including some veterans of President Obama’s campaigns, have coalesced around Ready for Warren, a political action committee that hopes to persuade her to run and lay the groundwork for her campaign. They truly believe she could beat frontrunner Hillary Clinton in the Democratic primaries. Other liberals, watching from the sidelines, wonder if she could at least force Clinton to move leftward to head off her challenge.

Warren rose to fame, and a Massachusetts Senate seat, on an unusual basis: her expertise as a professor of bankruptcy law. But what Warren demonstrated was an ability to explain complex financial regulations in a comprehensible way, and to put a commonsensical spin on economic populism.

Last month, the people behind Ready for Warren launched Environmental Activists for Warren, arguing that she is an environmentalist’s best possible candidate.

But is she? In fact, her Senate record includes no notable acts of leadership on climate change. Her voting record is strong, but she hasn’t introduced climate legislation or been among the most outspoken on the issue. The one thing she has done, which her supporters eagerly point to, is come out against the Keystone XL pipeline. This does put her to the left of Hillary Clinton on the issue, but not Bernie Sanders, the presidential candidate and senator from Vermont, who not only opposes Keystone but has a long record of introducing climate and clean energy legislation.

“There’s not much there,” says R.L. Miller, founder of the Climate Hawks Vote super PAC, regarding Warren’s climate record. “So far she hasn’t done much besides signal that she is against the Keystone pipeline, which is sort of a no-brainer when you’re a Democrat in a blue state.” Climate Hawks Vote ranks senators not just by their votes but by their leadership. In its latest rankings for the last Congress, Warren was tied for 23rd in the Senate — right in the middle of the pack for her party. Her cumulative score on climate leadership was about half that of Sanders, who came in first.

Miller does express hope that Warren will distinguish herself more as a climate leader going forward. In April, Warren called for climate action and slammed oil companies during a speech at the Good Jobs, Green Jobs conference in Washington, D.C. And in January, she joined the Energy and Natural Resources Committee, which will give her an opportunity to work more on these issues. Miller also notes that Warren’s willingness to criticize big corporations and stand for the public against their interests may create opportunities for more aggressive climate policies in her future.

Warren’s enviro supporters argue that her anti-corporate stance is exactly what makes her the best qualified to fight climate change. “I think you can argue that Sen. Warren is most aggressive in attacking the driver of climate change, and that’s corporate power,” says Luísa Abbott Galvão, a leader of Ready for Warren’s Environmental Activists group. “We have to decarbonize the economy with disruptive political interventions. When the scientists say that 80 percent of fossil fuel reserves have to stay in the ground, achieving that is going to force some of world’s most powerful corporations to keep billions of dollars in the ground.”

Having the stomach for an all-out fight with fossil fuel corporations distinguishes Warren from Obama and Clinton, who have supported industry boondoggles like offshore drilling in federal waters. Warren is also to the left of Clinton and Obama on free trade agreements like the Trans-Pacific Partnership (TPP), which she opposes, and which many environmentalists fear would empower fossil fuel companies to challenge national environmental regulations and rulings.

But these stances do not distinguish Warren from Sanders, who calls himself a socialist, opposes the TPP, and has economic-justice bona fides to match Warren’s. And, unlike Warren, Sanders is running.

To that, Warren supporters respond with electability arguments: It’s not that Warren is better on climate than Sanders, it’s that he cannot win and they think she can. “We want the most effective climate champion, and Warren is on a meteoric rise right now,” says Anthony Rogers-Wright, another leader of Ready for Warren’s Environmental Activists group. “Sanders is great. But in terms of electability, he’s older … Warren is going to galvanize the women’s vote more than Sanders would.”

Major environmental groups are not yet endorsing candidates, but they seem at least open to Warren should she run. “Sen. Warren has been an effective champion on climate and clean energy,” says Michael Brune, executive director of the Sierra Club. “She does speak in a way that resonates with millions of Americans.”

Warren supporters are convinced that her charisma would allow her to do that in a way that Sanders cannot. As Rogers-Wright notes, Clinton has already reached out privately to Warren, but not to Sanders, to head off a potential challenge. If Clinton fears Warren, then Warren is in a position to extract policy promises in exchange for not running. But whether should would use that power for climate protection is anyone’s guess.