Jair Bolsonaro refutes reports that he tested positive for coronavirus 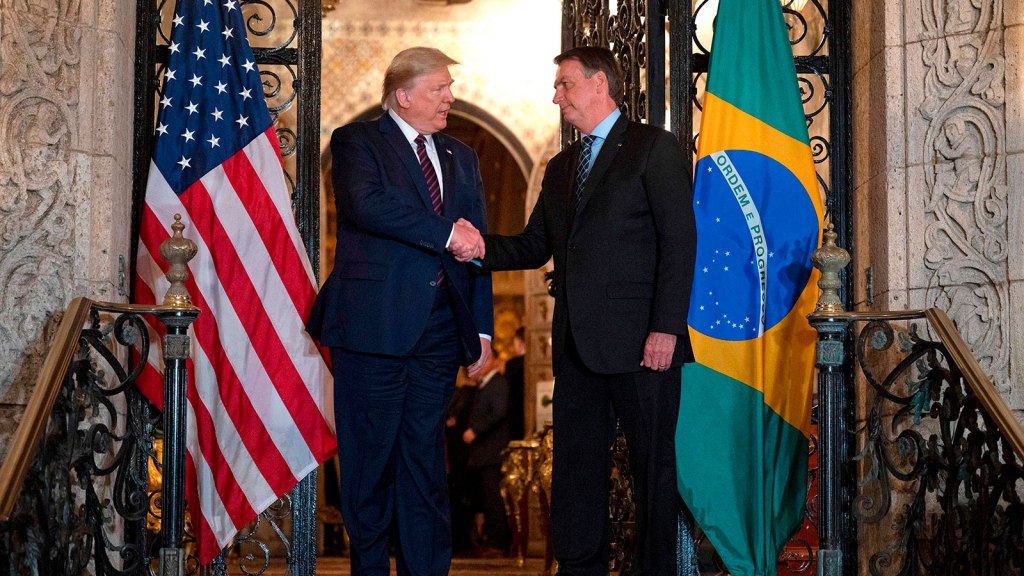 Jair Bolsonaro refutes reports that he tested positive for coronavirus

Brazilian President Jair Bolsonaro — known for his strong anti-environmental policies and his push to open up the Amazon for deforestation — denounced claims and initial news reports saying that he tested positive for the novel coronavirus on Friday.

Bolsonaro was tested on Thursday because his press aide, Fabio Wajngarten, tested positive for the virus after both officials met with U.S. President Donald Trump and Vice President Mike Pence at Mar-a-Lago last weekend. Brazilian newspaper O Dia reported that the Brazilian president’s first test came back positive but that he was waiting on a second round of definitive test results. Bolsonaro’s son Eduardo confirmed the positive result to Fox News but warned the media not to jump to conclusions that his father has been infected before seeing more results. He later contradicted his earlier statements and said his father actually tested negative.

Bolsonaro isn’t the only world leader to come into close contact with someone infected with COVID-19, the official name of the disease caused by the novel coronavirus. Canadian Prime Minister Justin Trudeau will remain in self-quarantine for two weeks after his wife, Sophie Grégoire Trudeau, also tested positive for the new virus. Although doctors say that Trudeau has not shown any signs of illness, he was advised to remain in isolation as a precautionary measure.

Throughout his presidency, Bolsonaro — also known as the “Trump of the Tropics” — has repeatedly undermined climate and environmental science, claiming that environmental protections will slow Brazil’s economic growth. The far-right leader has used his presidency to weaken environmental regulations and prioritize corporate interests by opening up the Amazon to cattle ranching, mining, and logging. Deforestation rates in the Amazon doubled during the first nine months of Bolsonaro’s administration.

Brazil is one of the deadliest places in the world for environmental defenders, many of whom are part of indigenous communities. As a candidate, Bolsonaro promised not to “give the Indians another inch of land.”

According to the World Health Organization, Brazil currently has 77 confirmed cases of COVID-19, though that number will certainly rise as more people are tested.