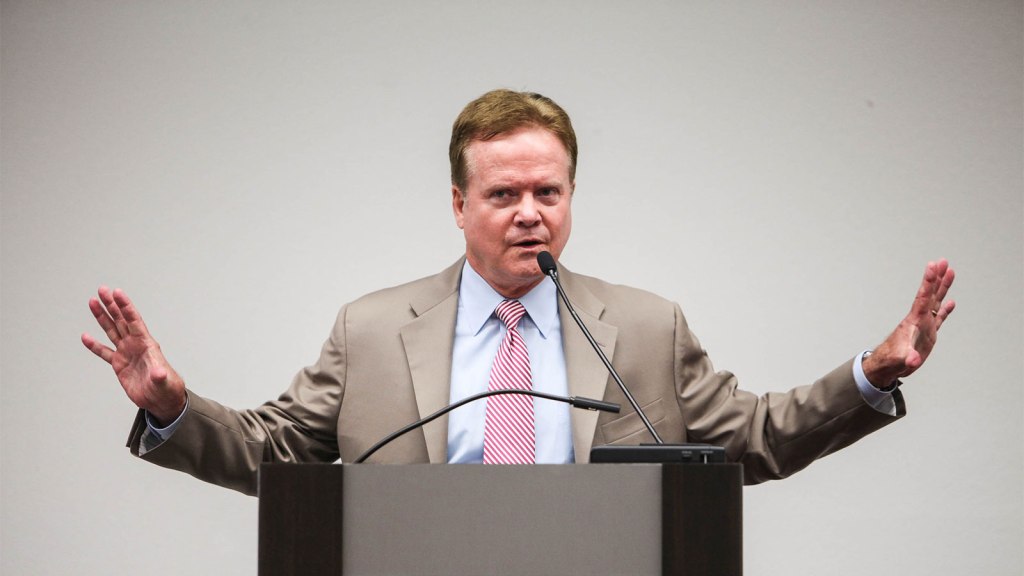 Jim Webb is sounding increasingly serious about running for the Democratic presidential nomination in 2016. Last week, National Journal’s Bob Moser wrote a cover story wondering whether the former Virginia senator could “spark an anti-Hillary uprising,” in which Webb explained that his absence from the campaign trail this winter was, in part, the result of major knee surgery to fix problems leftover from his days in the Vietnam War.

Webb struck his first blow against his fellow Democrats on Wednesday. But rather than targeting Clinton, his likely presidential opposition, he struck out against the party’s incumbent, President Barack Obama. In a series of tweets, Webb lashed out at the president for vetoing a bill that would have approved construction on the Keystone XL Pipeline.

Webb’s tweetstorm doesn’t tell the whole story. A letter from the EPA released earlier this month argued that, thanks to recent drops in oil prices, Keystone XL could prove disastrous for carbon emissions.

As I detailed in December, Jim Webb had an atrocious record on climate change and environmental issues while he served in the Senate. Standing up for Virginia’s roots as a coal state, Webb tried to thwart Obama’s efforts to regulate greenhouse gasses through EPA regulation, and he helped block Democratic attempts to pass a cap-and-trade law.

Clinton, for her part, has regularly sidestepped addressing whether she wants to see the pipeline constructed, though she has generally been supportive of other environmental efforts made by the Obama administration.

While Webb objected to Obama’s decision to veto this specific bill, it’s still unclear whether the two Democrats disagree on the underlying issue. Obama has strenuously rejected attempts by congressional Republicans to force immediate approval of the pipeline, but his administration has not yet said definitely if it intends to let the project go forward eventually.