Mass-transit commuters getting screwed by the taxman in 2014 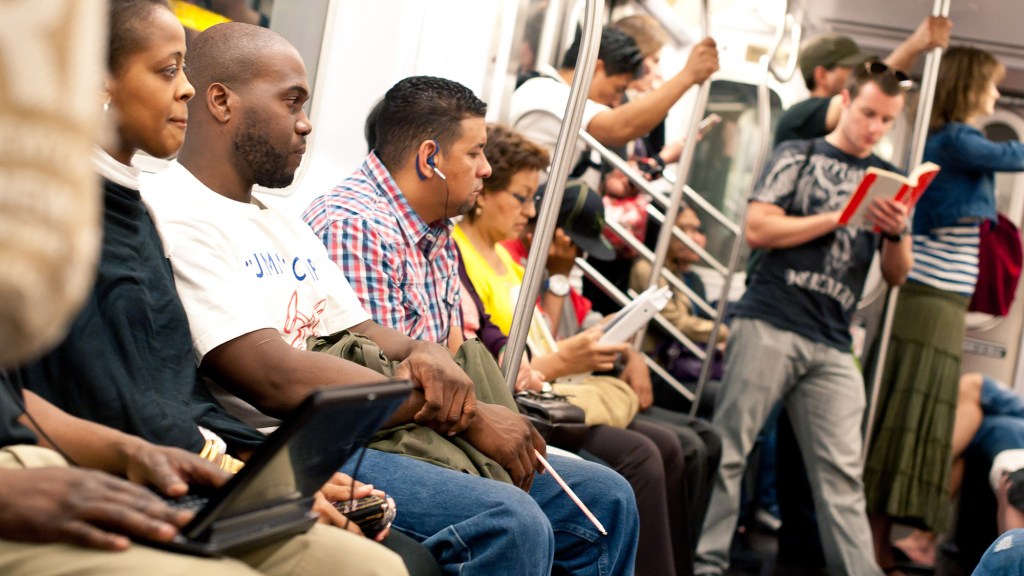 Mass-transit commuters getting screwed by the taxman in 2014

Try this thought experiment: You have two forms of transportation, one of which moves each individual in a separate metal box costing around $20,000 and resulting annually in 40,000 accidental deaths. It also spews massive amounts of CO2 and other pollutants. The other mode of transportation collects anywhere from 30 to 300 people at a time, saving energy and money, reducing traffic congestion and greenhouse gas emissions, and resulting in far fewer fatalities. It also uses land more efficiently, thanks to the absence of big, ugly storage facilities for the expensive metal boxes, and promotes health because people have to walk to and from designated stops rather than being transported door to door.

Which of these approaches to moving people from home to the office every day would you expect your government to favor? If you answered the latter, you’re a rational person, but you’re not the federal government. Instead, as of Jan. 1, 2014, commuters will be able to use twice as much pre-tax income for parking expenses as for mass transit. So we will be encouraging people to drive instead of taking the bus or subway.

The maximum monthly tax exemption for transit riders is set to drop to $130 in 2014, while the benefit for drivers’ parking expenses will rise slightly, to $250.

This year, mass-transit users have been allowed to set aside up to $245 a month of their pretax income to pay for commuting expenses, reducing their overall tax bill and effectively lowering the cost of their ride. Americans who drive to work have gotten the same benefit for their parking costs in 2013.

Lawmakers originally set the transit benefit lower than the drivers’ break, but since 2009 have temporarily raised it to match the drivers’, and that provision expires at the end of this year. Meantime, the drivers’ benefit is set to rise in the new year because it is tied to inflation.

This is the same problem plaguing the wind energy tax credit, which is also due for expiration, as are an array of various tax benefits. Expiring tax credits can be continued with a bill known as an “extenders package.” Senate Democrats are pushing an extenders bill. As you might expect, the stumbling block has been opposition from Republicans.

Historically, Republican support for an extenders package could be ensured by the fact that it was attached to the annual fix to prevent the Alternative Minimum Tax from hitting millions of middle-class families. Thanks to the fiscal cliff deal passed a year ago, the AMT has been permanently fixed. So the political pressure to pass the extenders package has been reduced.

Congress will take up the extenders package again in the new year. If it passes, the tax credits can be applied retroactively, so wind developers and other affected companies won’t lose out on any benefits. But mass-transit commuters would still take a hit. As the Journal explains, “Employers deliver special, prepaid cards to workers each month that are paid for with money diverted from paychecks. That would result in bureaucratic hurdles to retroactively deliver the benefit.”

So get ready to shell out more for your transit pass in January.